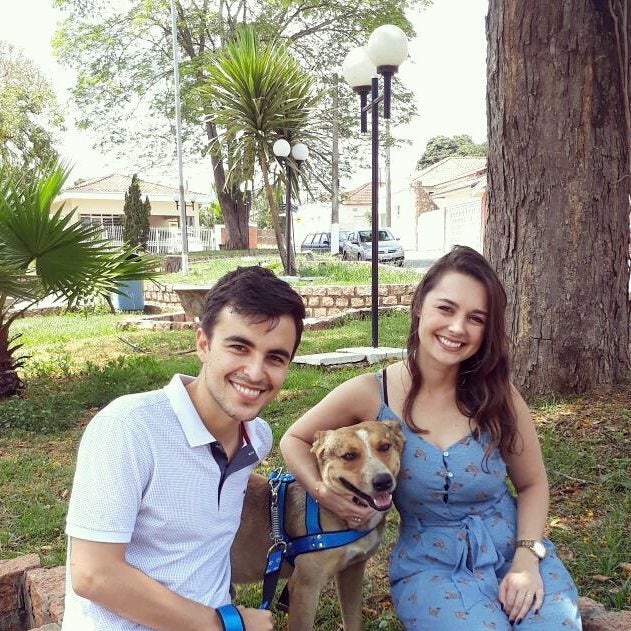 A stray dog crashed a Brazilian couple’s wedding and ended up finding a new home for itself.

Newlywed couple Marília and Matheus from São Paulo, Brazil had a memorable wedding when a stray dog wandered into their outdoor ceremony, according to The Dodo.

When the dog first walked in on the ceremony, guests were able to shoo the animal away.

As the ceremony continued, the wandering pooch returned. This time, it walked directly towards the bride and took a nap on top of her veil.

“It was a very pleasant surprise for me, because I love animals,” said Marília. “I liked it very much.”

At this point the guests just let the dog have its rest instead of forcing it outside of the tent area and into an ongoing downpour. They even gave it a warm welcome until it suddenly disappeared in the middle of the wedding celebration.

That night, the couple decided to adopt the dog. After weeks of searching, Marília and Matheus were reunited with the dog whom they named Snoop.

“He came home, and I showered him,” Marília said. “He played a lot, ate, drank water. He is very happy and slept super good the first night.”

In a recent Facebook post, the couple thanked everyone who supported them. They also hoped that their story would be a good example with regards to resilience and adoption of stray animals.

What started as a union between two people turned into a meeting of three souls to form a new family. Alfred Bayle/JB