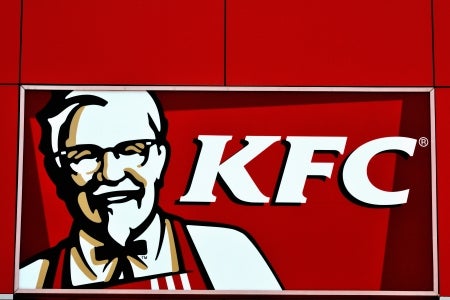 It looks like KFC is really sticking to its secret herbs and spices famously added into its chicken. In fact, Colonel Sanders has stayed committed to it even on social media!

If you look closely in its official Twitter account, the fastfood chain follows only 11 accounts–six Herbs and five Spices.

These “Herbs” are famous in their own right, including Green Bay Packers corner back player Herb Waters. The “Spices” consist of the five members of the famous girl group The Spice Girls, namely Gerri Halliwell, Emman Bunton, Melanie Chisholm, Melanie Brown and Victoria Beckham.

Just realized they weren’t following back.
Rude.
Good joke though. 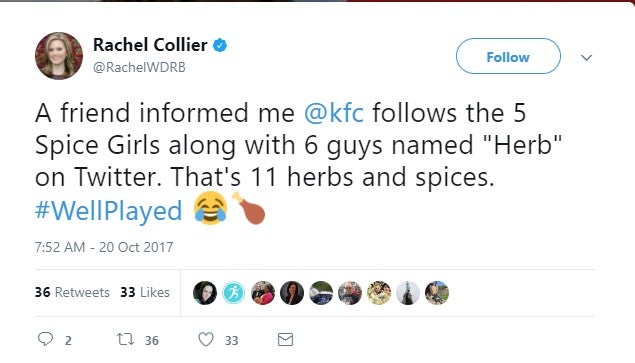 One of the lucky Herbs realized that the account picked him.

So far, none of the other accounts have responded to the establishment’s gig. /ra