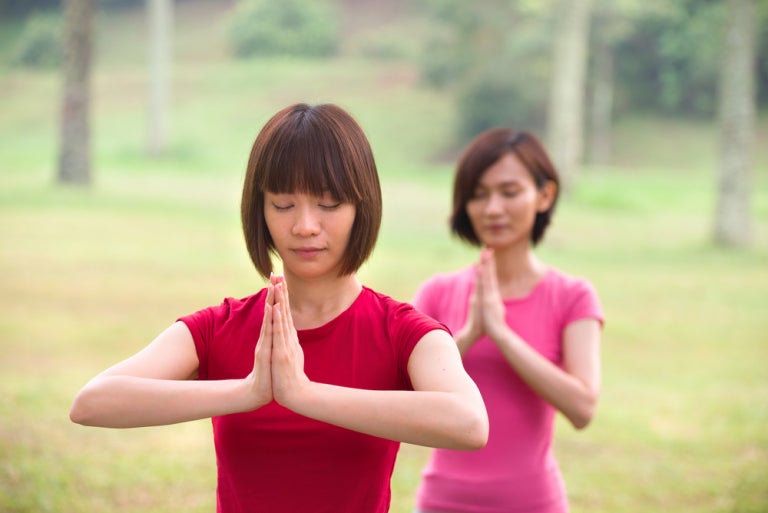 The American Cancer Society estimates that about 250,000 women in the United States will be diagnosed with breast cancer this year, joining the approximately 3.1 million breast-cancer survivors who have completed treatment or are still undergoing it.

Thanks to early detection and improved treatment options, the breast cancer survival rate continues to increase year after year, however survivors can still experience symptoms long after their treatment has ended, such as fatigue, depression, weight gain, anxiety, cognitive dysfunction, pain and sleep disorders.

With October Breast Cancer Awareness Month, here we look at how mindfulness could be a potential treatment in helping ease these symptoms as well as improve quality of life for survivors.

Linda Larkey, a professor at Arizona State University’s College of Nursing and Health Innovation, defines mindfulness as being present in the current moment and aware of our inner and outer environments, as well as being aware of the movement of the body.

She states that practicing mindfulness activities such as qigong and tai chi, traditional Chinese exercises which focus on posture, movement, breathing and meditation, can help to relieve symptoms and improve overall quality of life for breast cancer survivors by having an effect on the body’s usual responses to stress.

By using these methods to calm the mind, deepen the breath and relax the muscles through gentle movement, the biochemicals in the body that support health and immune function increase, while the biochemicals that produce inflammation, pain and depression/anxiety are decreased.

Her own research is also backed up by other studies, with a University of California, Los Angeles study published earlier this year also finding that tai chi could be beneficial for breast cancer survivors by helping to relieve insomnia as well as feelings of depression and fatigue, common problems for the 30 percent of breast cancer survivors who suffer from the sleep condition. A lack of sleep can also lead to an increased risk of disease.

The team found that after participants had completed weekly tai chi classes for three months, nearly 46.7 percent showed a strong, clinically significant improvement in insomnia symptoms as well as improvements in symptoms of depression and fatigue.

The team also found in their previous research that tai chi could help reduce inflammation in breast cancer survivors and may have potential to help lower the risk of the disease and its recurrence.

Research looking at the effects of practicing mindfulness using methods such as yoga and meditation as part of a mindfulness-based stress reduction (MBSR) program also revealed positive results, helping to improve the cognitive impairment that often occurs as a result of cancer treatment.

The condition can last for more than a decade after cancer treatment has ended, affecting social relationships, self-confidence, work performance and general quality of life.

The 2015 study found that those who completed an MBSR course over an eight-week period reported a significant improvement in their ability to pay attention and also made fewer mistakes on difficult cognitive tasks in comparison to the control group.

Research from the team had also previously shown that MBSR can also have a positive effect on post-cancer fatigue, depression and sleep disturbance, while a 2012 study found that MBSR can have a positive effect on the health of breast cancer survivors, helping to significantly boost mood, general well-being and levels of fatigue, anxiety and depression, as well as in breast- and endocrine-related quality of life. JB

Bianca King: Practicing mindfulness as a way of life