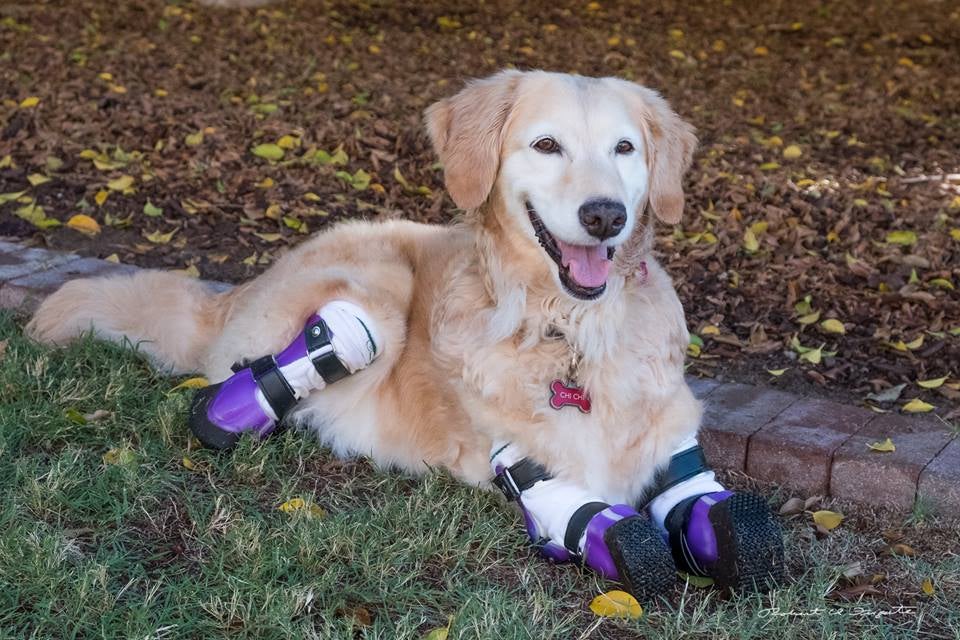 A golden retriever living in Arizona, United States has been giving hope and inspiration to people. She does this with her boundless energy, despite the fact that all four of her paws have been amputated.

Chi Chi, a three-and-a-half-year old golden retriever, currently works as a therapy dog. She visits the local veterans hospital and a rehab facility for amputees. She also visits an elementary school where kids enjoy reading to her, according to People.

Before being adopted by her current owner, Chi Chi had been in Korea. She was found abandoned in a dumpster with her legs bound by wire. A rescue group then rushed Chi Chi to a vet where her legs were amputated to save her life.

The Korean rescue group posted a video of Chi Chi online. Elizabeth Howell saw the video from the rescue group’s Los Angeles counterpart ARME (Animal Rescue and Media [and] Education) and reached out to them.

These two rescue groups from different countries then worked together to fly Chi Chi to her new home.

“She’s an amazing soul, she’s more than an animal, she really touches everybody she meets in a positive way. Her story proves you can go through something horrendous and with the right attitude you can get through anything,” said Howell.

Chi Chi even has her own Facebook page, which her owners regularly update with photos and videos of the canine amputee.

Putting on her current prosthetics tend to be difficult. The Howell family decided to get her custom-fit prosthesis. For this project, they put up a fundraiser campaign last June to pay for Chi Chi’s new legs.

They’ve already reached the funding goal. A prosthetist from Virginia will travel to the Howells’ home in November to personally fit Chi Chi.

Elizabeth’s fourteen-year-old daughter Megan said, “She [Chi Chi] teaches me to never give up and to keep going on when it seems impossible.” Alfred Bayle/JB