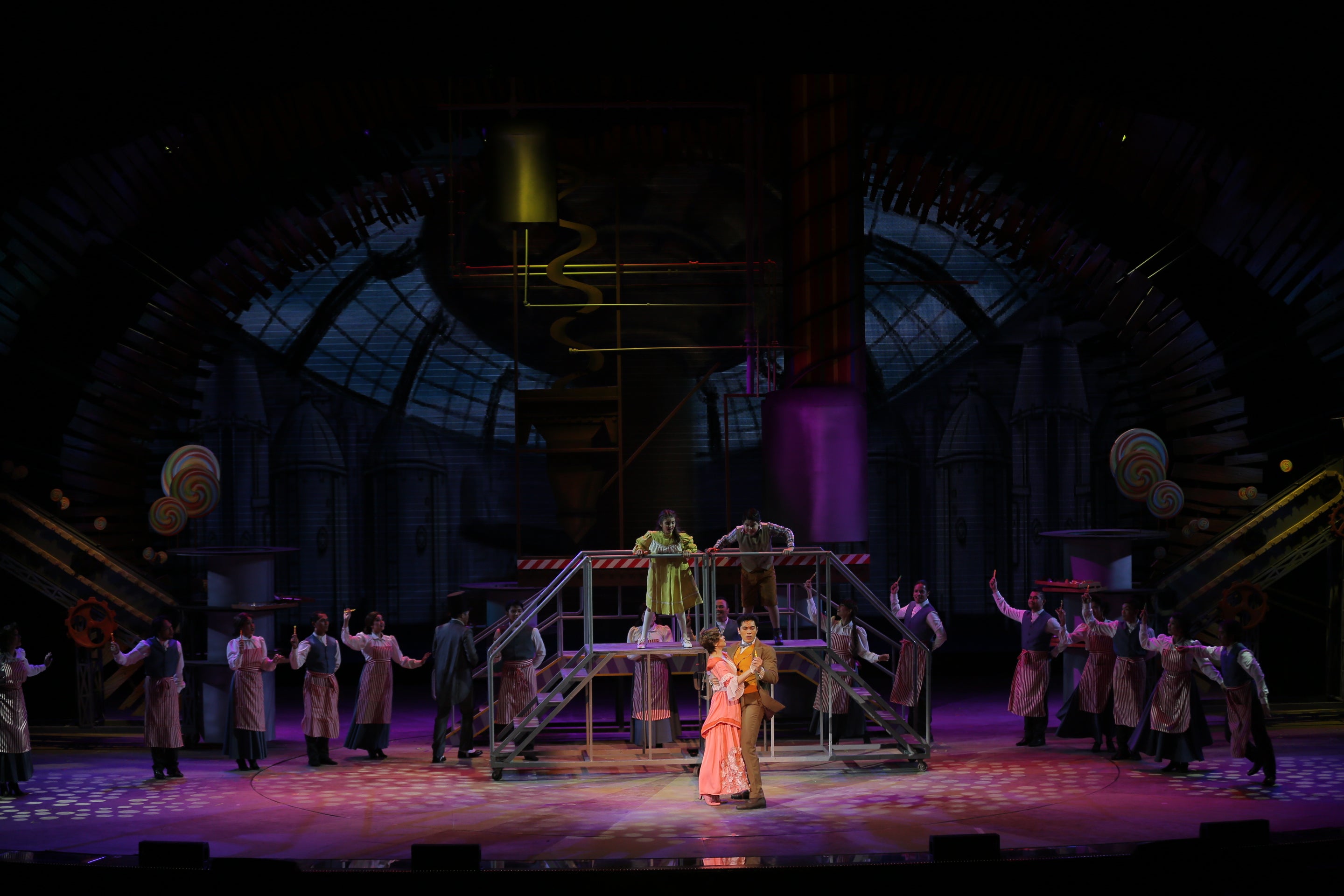 “Chitty Chitty Bang Bang,” the West End musical based on the 1968 movie, can be described as the children’s theater equivalent of the eye-popping spectacle of “Phantom of the Opera” or “Les Misérables.”

First performed in the United Kingdom in 2002, it boasts rainbow circuses, giant toys, candy factories and a living, intelligent, flying car. The music and lyrics are by brothers Richard and Robert Sherman, the original composers for the movie. The duo are still active in the film and theater song-writing business; they had won Oscars for their work on another beloved kiddie cinematic musical, “Mary Poppins,” in 1965.

Interestingly enough, though, Jeremy Sams’ stage adaptation of Ian Fleming’s text is a phantasmagorical road trip back to nostalgia. “Chitty” is a spiritual and thematic sibling of “Poppins,” “Annie,” and perhaps the 1975 movie, “Willy Wonka and the Chocolate Factory.” The protagonists are honest, brave souls with hearts of gold; the children are perpetually cheerful and optimistic; and the villains, for all their smarts, are comical bumblers who are not hard to trounce.

The storyline is one big journey into a kids’ fantasy world made more exciting by glitzy set pieces, magical devices and danceable numbers.

Full House’s current production of “Chitty,” directed by the ever-reliable Jaime del Mundo and running at Resorts World Manila’s Newport Performing Arts Theater, certainly pulls out all the stops in that area. Mio Infante’s production design fills up every nook and cranny of the huge stage, transporting the characters from one scenic adventure into another without calling attention to its own ingenuity.

A quiet beach transforms into a raging ocean. A modest, cramped hut gives way to a crowded carnival that dazzles with its colors. The villain’s kingdom seemingly populated by geriatrics reveals a subterranean lair where scared children hide.

And when the stage requirements call for something really expensive, like a balloon chased by an automobile all over the skies of England, Infante’s sleight of hand makes do with sly animated panels and images that harken back to the material’s cartoonish spirit.

A lot of them work, and some don’t; there were a few technical mishaps during the first weekend, literally obscuring what would have been a final grand flight into the evening sky.

The journey into this world is triggered by the restoration of an old car wreck into a living machine that can float and fly. But the heart of the story is a loving family with an abidingly sunny disposition: eccentric but charming widower Caractacus Potts (Gian Magdangal); his two kids Jemima (Zoey Alvarade, alternating with Isabeli Elizalde) and Jeremy (Albert Silos, alternating with Noel Comia Jr.); and his aged father (James Paolleli), who keeps reliving his days in the Imperial Army. A feisty, rich but kindhearted lady, Truly Scrumptious (Yanah Laurel) drifts into their circle, and class differences aside, it’s inevitable that she and Caractacus will fall in love.

The villains, Baron (Raymund Concepcion) and the Baroness (Menchu Lauchengco-Yulo) of the fictional country of Vulgaria, naturally want the magical car and kidnap Grandpa to have him build a second model. Concepcion and Yulo chomp up the scenery with relish, but it’s their zany idiotic would-be spies (Reb Atadero and Mako Alonso) who keep the audience laughing with their antics and—from what we saw and heard—improvisational quips, one-liners and spontaneous interactions with surprised members of the audience.

The Zumba dance number was another modern touch, and it is these additions that spice up the second act when our heroes finally venture into the childless land of Vulgaria. The first act is one candy-coated cavalcade of song-and-dance numbers. While they do dazzle the stage, the uniform lightness tends to reduce everything into an innocent triteness. After all, this is supposedly ye olde England where turkeys can be fried alive inside a hair-cutting machine with no one protesting, and kids absent themselves from school yet no one from child services comes a-calling.

Sams brings out Fleming’s dark side in the second act. A sense of danger finally introduces a bit of drama and tension into the storyline. The beak-nosed, black-clad Childcatcher (Lorenz Martinez) dispenses any lingering cuteness, and the adults in the audience can only ponder the ominously unspoken fates of the kids he had made vanish.

Still, as expected, good triumphs over evil in the end, and the family rides off aboard Chitty into the starry skies.

“Chitty Chitty Bang Bang” is a pleasant if overlong piece of escapism with a hummable title song, jazzed up for a modern audience with an ensemble that works hard—as well they should, given the competing fantastic scenery. —CONTRIBUTED