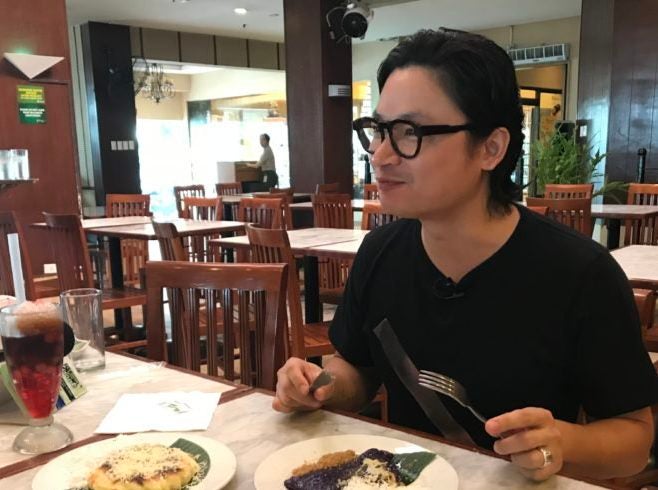 “Filipino food is not all about adobo.”

Thus said celebrity chef Luke Nguyen when he went on a food crawl in Malate and Intramuros, Manila on Friday.

The Masterchef Australia guest chef said he was surprised by how diverse the Filipino cuisine is.

“Today, I felt like I had a real local dining experience. I now have a better understanding of what Pinoy food is all about,” Nguyen told INQUIRER.net in an exclusive interview.

Among the food that he tried, he said his favorite was the “sinigang na bangus sa bayabas” or milkfish with vegetables in rich guava soup base.

“My favorite was the one that I was most surprised about which is the guava sinigang. What I loved about it was that it had some really light, elegant, flavors with the thick fruit in there. That was really a standout for me,” he said.

“I just loved the different aspects and originality of Pinoy food. There wasn’t one dish that I didn’t like,” he said.

The 39-year-old chef also had a nice time eating the popular street food “balut” or the steamed fertilized duck egg. They also have it in Vietnam, he said, but the one in Manila was much bigger.

“The flavor, the softness, the texture and the beautiful soup was really good,” he said of the balut.

Given the chance, Nguyen said he would love to try other Filipino street food as well like the adidas (chicken feet) and helmet (chicken heads).

“I wanna try these unusual dishes. I really wanna go to the villages to try their local dishes there. I wanna do a whole suckling pig, the barbecue skewers and really go deeper into the cuisine of the Philippines,” he said, adding that he might come back to do a show here.

Nguyen is in town for the the TLC Festival to be held Saturday (Nov. 4) at the Bonifacio Global City in Taguig.

He and his wife will be spending a few days in El Nido, Palawan after the festival before heading to Ho Chi Minh City where they just opened a restaurant called Vietnam House.

They are based in Sydney, Australia.