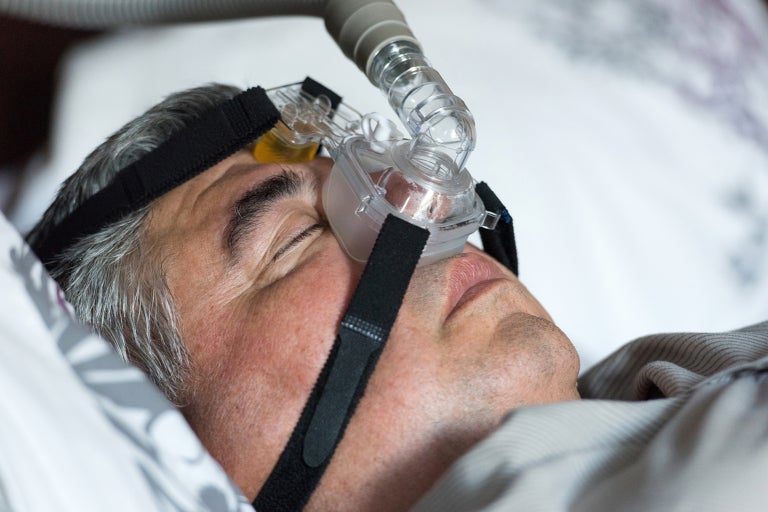 Obstructive sleep apnea (OSA) could expose older people to a greater risk of developing Alzheimer’s disease, according to an American study published in the American Thoracic Society’s American Journal of Respiratory and Critical Care Medicine.

OSA can lead to cognitive decline and accelerate brain aging in healthy adults, according to a study from the New York University School of Medicine.

Researchers found that breathing problems during sleep favored the accumulation of amyloid plaques in the brain, associated with Alzheimer’s disease, thus exposing subjects to an increased risk.

The scientists studied 208 people aged 55 to 90 years old with normal cognition. Of them, more than 50 percent had obstructive sleep apnea, including 36.5 percent with mild OSA and 16.8 percent with moderate to severe OSA. Obstructive sleep apnea, which affects 30 million Americans, is considered mild with five to 15 apnea or hypopnea episodes per hour of sleep. It is considered moderate with 15 to 30 episodes per hour and severe with 30 or more.

The study found a correlation between OSA severity and increased amyloid deposits in the brain. The more breathing pauses occurring each hour, the greater the plaque deposits.

The scientists add that these changes in the brains of healthy subjects occur at a very early stage of the disease, before clinical evaluation.

Treating OSA patients could delay cognitive impairment and dementia in many older adults, say the study authors. This, however, may rely on developing new tools to improve diagnosis of older people, who often have no symptoms of OSA (sleepiness, cardiovascular or metabolic dysfunction).

The study is published in the journal “American Journal of Respiratory and Critical Care Medicine”. JB