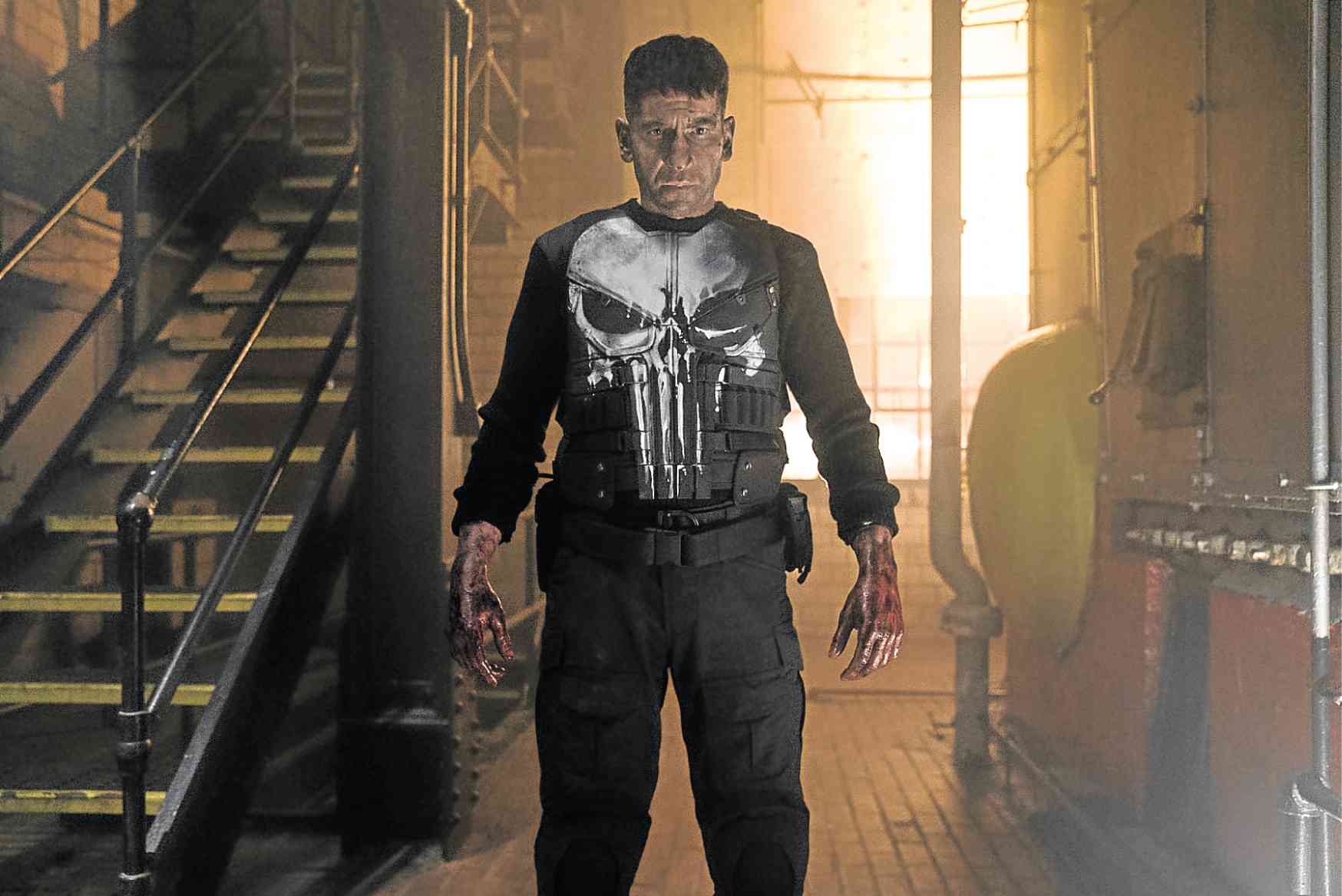 Jon Bernthal is the definitive Punisher.

From the very beginning, the Punisher proves he is like no other comic book character on television.

In the very first episode of his Netflix series, Frank Castle kills off the remaining members of the cartel that killed his wife and children, the Punisher’s canon motivation up to that point. He then burns the skull-face vest that has defined the Punisher’s look.

At that point, “The Punisher” removes itself from any Marvel comic book underpinnings and thematically divorces it from the Marvel Cinematic Universe (MCU) it is still technically part of. It heads in the exact opposite direction of that other Daredevil spin-off, “The Defenders.”

From that point on, “The Punisher” is on its own, no supporting superhero characters, no alien invasions, no supernatural interruptions. It’s one guy trying to remain a ghost for 13 episodes, until he can’t.

Created by Gerry Conway, John Romita Sr. and Ross Andru, the Punisher first appeared in “The Amazing Spider-Man” # 129 in 1974—as a bad guy. An unhinged Marine after the mob kills his family, the Punisher became emblematic of the blood-and-blades 1990s, when he became a sales sensation. He was the essential antihero, since he had no qualms about killing criminals, something Captain America wasn’t too happy about in the original “Civil War” comic book miniseries.

The Punisher has had a surprisingly difficult live-action journey to the screen, disastrously portrayed by Dolph Lundgren in a 1989 movie, lukewarmly performed by Thomas Jane in a 2004 film and cartoonishly depicted by Ray Stevenson in 2008’s “The Punisher: War Zone.” For a character known for his skill with guns, all these attempts were off-target.

Then came Netflix’s “Daredevil” in 2016. The show’s second season introduced Castle as played by Jon Bernthal (most prominently seen as Shane in “The Walking Dead” and Grady in “Fury”). Note that the second season of Daredevil has a Rotten Tomatoes rating of 76 percent, by itself almost higher than the three movies’ ratings put together. It is only this particular Punisher who has been able to come back and wreak more cinematic havoc.

Publicly assumed dead at the end of that Daredevil season, Bernthal’s Punisher now returns to take care of business—but the business is much bigger than he expected. He breaks the weapons out and embarks on a different journey, now with backup in the form of hacker Micro (Ebon Moss-Bachrach).

That business is pretty bloody. “The Punisher” is without a doubt the most violent show currently on TV, with Castle shooting, stabbing and finding other ways of killing people every episode. Yes, it’s more violent than the previous champion, AMC’s “The Walking Dead.” That’s because in this series, there’s no flinching, no zombies, no artsy cutaways, just one story-driven homicide after another. Consider yourself warned.

The violence is wrapped around Castle’s attempt to unravel the conspiracy Micro has discovered. All the while, Castle is haunted by flashbacks as well as hallucinations involving his dead family. “The Punisher” is probably what it would feel like if a TV show could give you Post-Traumatic Stress Disorder, kind of a modern small-screen version of the gritty “First Blood” movie from 1982, where Sylvester Stallone’s John Rambo is a Vietnam vet trying to readjust to normal life. For fans of the comic book Castle, there is a lot of Garth Ennis in this iteration.

The violence makes “The Punisher” challenging to binge-watch, but the plot pulls you in. The show is run by Steve Lightfoot, who made “Hannibal” a cerebral attraction; he’s good at making bad guys look good. This is his and Bernthal’s show through and through. Bernthal makes for the best Punisher yet, as his Frank Castle isn’t some buffoonish killing machine, but a truly efficient killer who just wants to be at peace. That peace may come at a terrible price, though. While bracing themselves for the waves of killing, viewers will keep watching to see if Castle achieves this elusive goal.

Tonally, it is the most extreme end of Marvel’s television project yet, its most graphically realistic and darkest yet, the polar opposite of Marvel’s most fantastical series, ABC’s “Inhumans.” It feels a world removed from the other street-level shows, almost as if relatively gritty shows like “Luke Cage” is pure fantasy in comparison. In fact “The Punisher” would still be exactly what it is even if you stripped away all the Marvel connections.

This is a fascinating, remarkable direction for Marvel’s TV ambitions, a grim, ultra-graphic, no-holds-barred portrait of a man seeking redemption through extermination of the adversary. A Marvel show that can live without being plugged into the MCU, “The Punisher” is a comic book show that eschews its comic book origins for a visceral, violent ride that represents the sharp edge of contemporary television.

Marvel’s “The Punisher” is available for screening on Netflix.