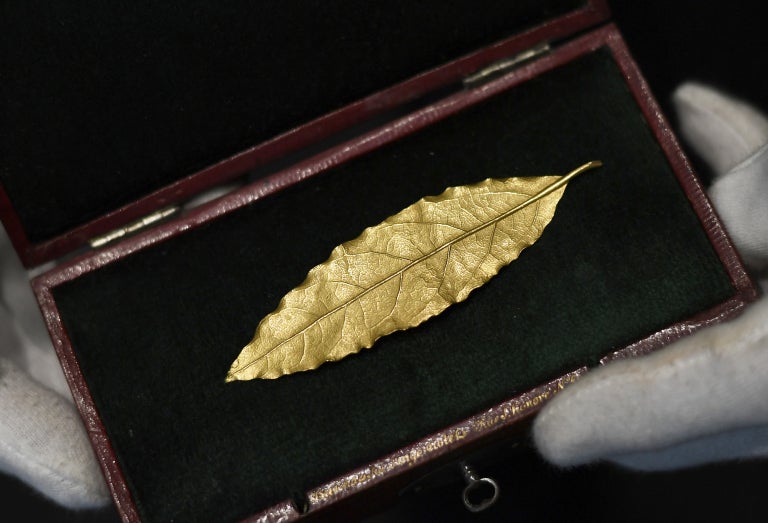 A gold laurel leaf removed from the crown Napoleon Bonaparte wore to his coronation sold for 625,000 ($735,000) euros at an auction in Paris on Sunday.

The leaf was one of six cut from the crown ahead of the 1804 coronation, because the monarch considered it too heavy.

The goldsmith Martin Guillaume Biennais gave the spare leaves to each of his daughters – with the auctioned gold carving having been passed through the family to present day.

A leaf which was worn during the coronation but was later detached from the crown sold in the 1980s for 80,000 francs.

Around 400 works dedicated to the French emperor were sold at Sunday’s auction, including a decorated box engraved with gold flowers, also made by Biennais, which belonged to Napoleon’s wife Empress Josephine which sold for 150,000 euros – three times more than expected. AB