Food will play an even bigger role in consumer travel for 2018 — survey | Lifestyle.INQ ❮ ❯ 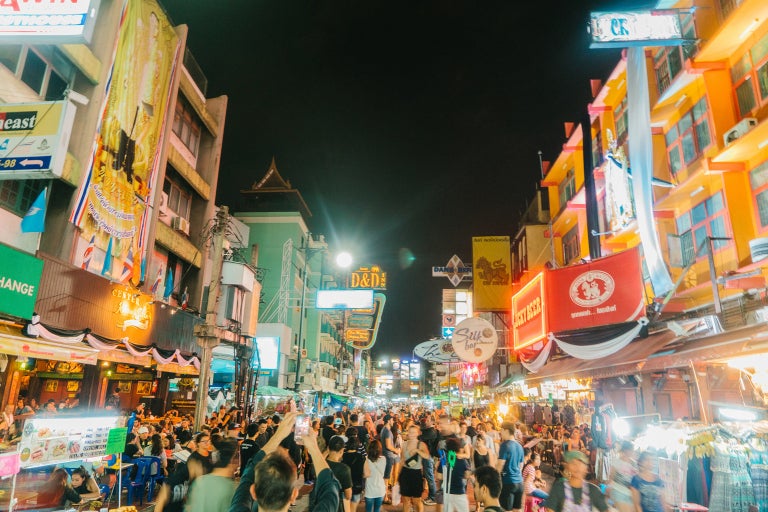 Globetrotting gourmands have named Bangkok and Taipei the top destinations for street food, and cities like Rome, Dubai, Paris, and Sao Paulo the top spots for fine dining in a new global survey which found that food will play a bigger role in our 2018 travel plans than before.

According to the results of a Booking.com survey, which polled more than 18,500 respondents from 26 countries, 41 percent of travelers said they plan to seek out new food and drink experiences during their travels in 2018. That compares to 29 percent in 2017.

The biggest food priority? More than two-thirds (64 percent) said they’ll be seeking out the flavors of a destination’s local cuisine in 2018. Likewise, 22 percent of travelers said their travel choices next year will be based on the destination’s food offerings alone, while a quarter of respondents agreed that they actively avoid destinations with poor dining options, or “foodie scenes.”

The definition of eating well, however, differs among travelers. Half of respondents said their food priority in 2018 will be to visit street markets and eat like the locals. The top choices for street food? The Thai capital of Bangkok, along with Taipei, Hanoi, Istanbul and George Town, Malaysia.

For one in five respondents, however, their definition of eating well is to sit down in a Michelin-starred restaurant. The top destinations endorsed for being fine dining hotspots include Rome, Dubai, Paris, Sao Paulo and London.

But taste buds have become more sophisticated over the years, and chefs will do well to up their game, as half of respondents said they plan to be more adventurous when it comes to food. Likewise, a similar percentage indicated they’ll be seeking out more unique dining experiences during their holidays. JB

US, China and France were biggest overseas spenders in Canada this summer