Cooking for a cause with Smile Train: How to make Danica Sotto-Pingris’ easy lasagna roll-ups in time for Christmas | Lifestyle.INQ ❮ ❯ 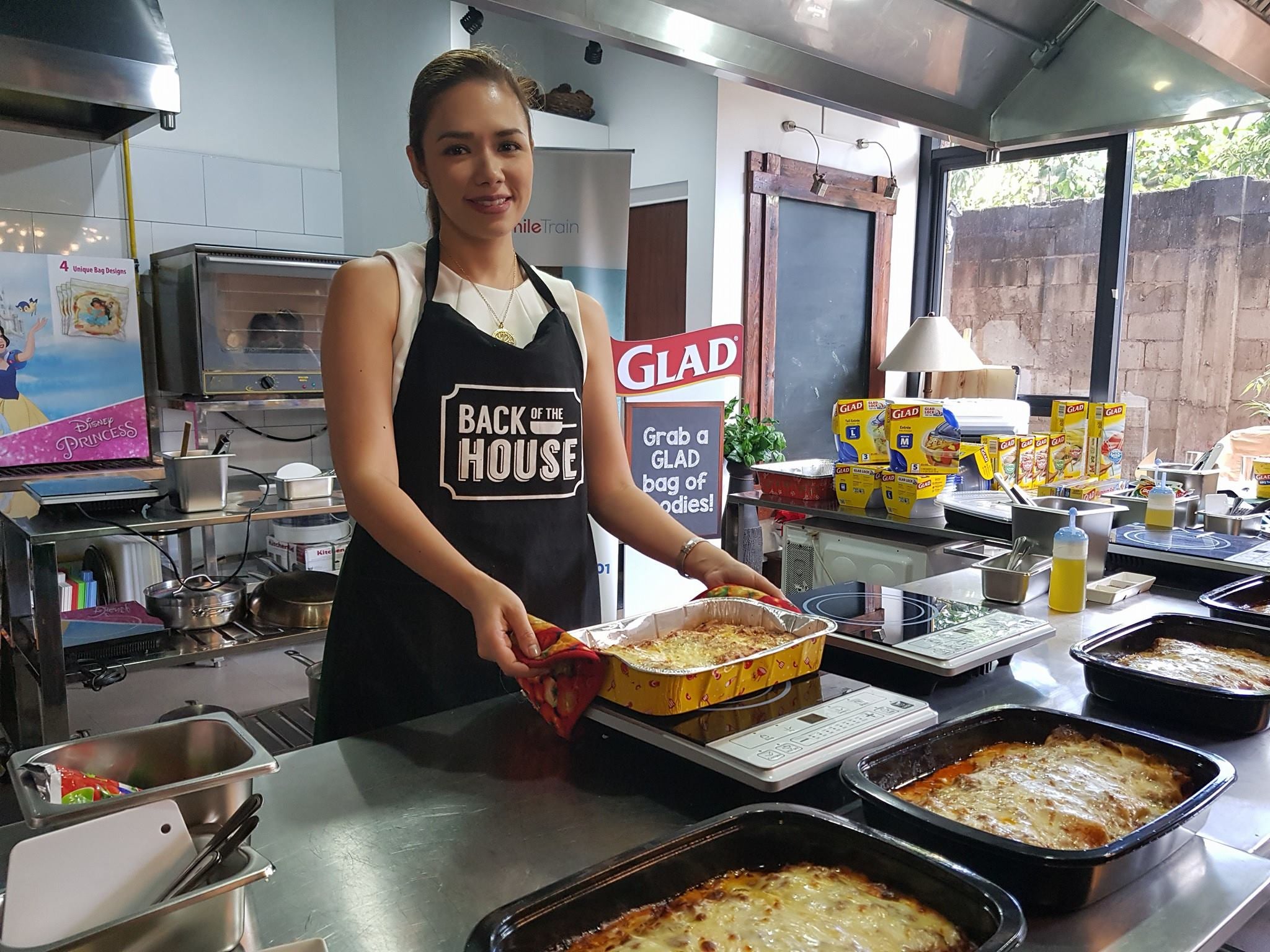 Cooking for a cause with Smile Train: How to make Danica Sotto-Pingris’ easy lasagna roll-ups in time for Christmas

When I was told that the media would be cooking for a coverage, I thought it would be a demo, with some of us volunteering to stir or throw ingredients into the mix.

Thankfully, TV host and celebrity cook Danica Sotto-Pingris patiently walked us through the cooking session, generously providing personal tips on how best to go about the recipe that even amateurs (like this author) were able to follow without anything catching fire.

Sotto-Pingris is an ambassador of Smile Train, a leading international organization which provides free cleft lip and palate surgeries.

With a near-painless recipe (I did cry from chopped onions) of lasagna roll-ups, she gave a glimpse of her fundraising cooking classes to members of the media and one of the cleft palate patients, Venus, a teen who just had her surgery a month back.

According to Kimmy Coseteng-Flaviano, country director for Smile Train Philippines, healing for cleft palate surgeries takes about a month.

She told INQUIRER.net that Venus remained silent throughout the class because she wanted to talk only after her palate healed completely. When asked if it was painful, Venus used her fingers to indicate that it did just a little.

She would then need to go to speech therapy; Coseteng-Flaviano said that the duration is on a case-to-case basis.

As an ambassador, Sotto-Pingris helps raise awareness that free services are available to those with cleft lips and cleft palate, especially for children. Having the surgery at a young age prevents the need for speech therapy to adjust their way of speaking.

The cooking session was held at Back of the House, a culinary event space. They made the cooking process much easier with perfectly picked large onions and all the equipment laid out.

Lasagna roll-ups are a fun twist on the typical pasta recipe, and we would find out how by making the sauce first.

We started with chopping the garlic and onion, and then sautéing them in oil on low heat.

Sotto-Pingris said she usually puts more garlic than usual. “I really love garlic. It’s something I can’t live without.”

She recommended cooking the onion first before the garlic so that the latter wouldn’t brown right away. Once the onions were cooked—they turned slightly transparent—the ground beef came next.

Because we were using saucepans, it was slightly difficult to get all the meat cooked right away, so the heat had to be turned up to medium.

Sotto advised that if possible, the beef could be cooked in a separate pan where it could be spread out.

After the meat finally turned brown, came the sauce.

There was supposed to be sugar in the mix, but Sotto put it on hold since the sauce was Filipino-style. She said Tabasco can also be added for those who prefer spicy flavors.

My cooking partner and I also came to an agreement that we preferred Italian flavors, so we added more salt and pepper. Oregano and basil were also sprinkled until the taste was to our liking.

The next phase was laying out the lasagna.

We were instructed to spread a thin layer of the sauce on a tray. Smile Train’s sponsor, Glad, provided plastic ones which were oven-friendly.

Instead of making layers with the cooked lasagna noodles, these were to be used as the wrap for the roll-ups, similar to a burrito or lumpia.

On the lasagna noodle, the sauce is placed on a portion near the edge. About one or two spoonfuls would do so that it won’t spill while you’re rolling it up.

Sotto said that the rolling up process would be a good time to get kids involved — it’s both a bonding experience and an efficient way to get things done.

The roll-ups were then laid out on the baking tray in one layer. Afterwards, we doused it with the remaining sauce and put as much cheese as possible.

In about 20 minutes, the lasagna roll-ups were ready for us to eat.

Cooking came as a challenge not so much because of the recipe but because I’ve sworn off meat for the last five years and counting.

The recipe called for a half-kilo of ground beef but thankfully, we worked in pairs and a colleague graciously did the taste-testing on my behalf.

For an even healthier version, she advised using quinoa as layers instead of the pasta. She admitted that when she tried this, only she and her sister appreciated it.

Since I didn’t taste the lasagna for myself, I left the verdict to my officemates later that day. They generously gave the output an 11/10.

If that’s not proof enough that anyone can do this recipe, I don’t know what is.

In baking dish, add 1/4 cup of sauce set aside.

Place one noodle in a flat sheet and put sauce mixture and sprinkle with a little grated cheese.

Repeat process with rest of noodles.

Pour remaining sauce on top of roll-ups and pour sauce on sides of baking dish.

Sprinkle cheese on top and bake for 15 to 20 minutes or until cheese melts. JB