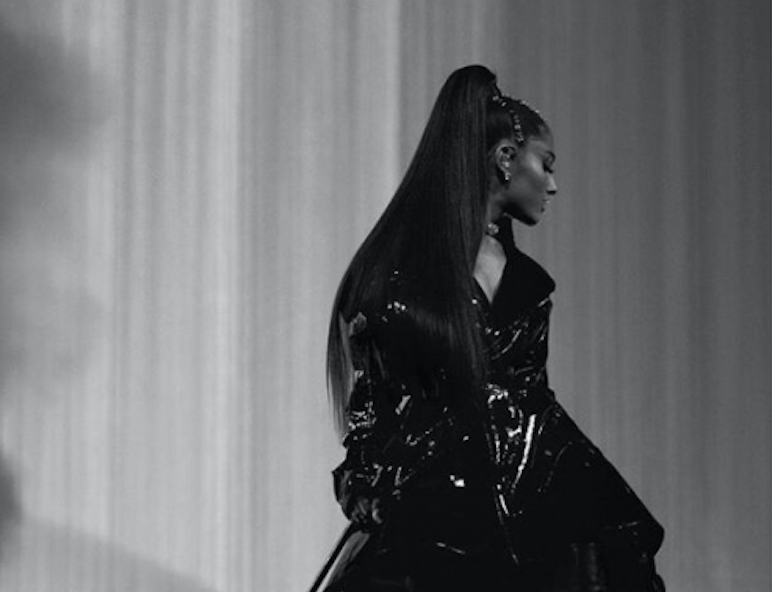 Ariana Grande has teamed up with Urban Outfitters on an exclusive fashion merchandise line commemorating her “Dangerous Woman” stadium tour.

The 24-year-old United States pop star has created a nine-piece collection exclusively for the fashion retailer dubbed “DWT for UO,” reports WWD. According to the clothing company’s Instagram page, the collection will launch in North America in store on Dec. 8, before going online at urbanoutfitters.com on Dec. 11.

The collection will reportedly include two pieces of outerwear, a bomber jacket and a black anorak, as well as loungewear and streetwear-inspired sweatpants, sweatshirts, t-shirts and a hat. The pieces will be priced from $34 to $299 (about P1,700 to P15,000).

The “Dangerous Woman” tour, which ended in September after a seven-month run, took in cities across Europe, Asia, North America, Latin America and Oceania. It was temporarily postponed in May and June, following the Manchester Arena bombing that took place after her show on May 22.

The new merchandise launch follows the recent news that Grande’s fragrance range has achieved global sales of a huge $150 million in the space of just two years. JB