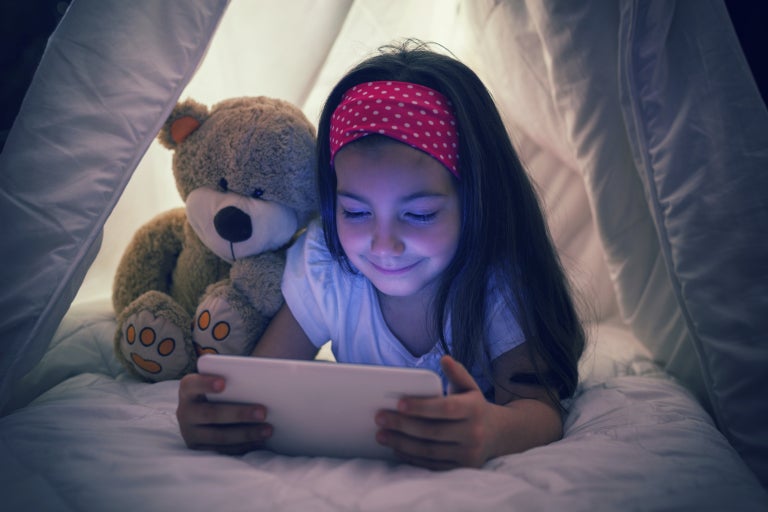 Less sleep, higher BMIs more likely in kids who use screens before bedtime

New research in the United States suggests that the trend for using smartphones and tablets before bedtime could be negatively affecting children’s health, finding that screen time at night is linked to less sleep, poorer sleep, and a higher body mass index (BMI).

Carried out by researchers from Penn State College of Medicine, the study asked the parents of 234 children between the ages of 8 and 17 years about their children’s technology habits, sleep patterns, nutrition and activity.

Parents were also asked to specify which electronic devices and screens their children used, with the team focusing on cell phones, computers, video games and television.

The team found that using technology before bed was associated with less sleep, poorer sleep quality, and more fatigue in the morning.

In addition, using any of the four types of technology before bed was associated with increased cell phone use at night, such as waking up to text someone, with watching TV having the strongest effect.

When analyzing the results further the team also found that children who watched TV or played video games before bed got an average of 30 minutes less sleep than those who did not, while those who used their phone or a computer before bed got an hour less of sleep.

Children who watched TV or used cell phones before bed were also more likely to have a higher body mass indexes.

Although research shows that 40 percent of children have cell phones by fifth grade, when children are 10 to 11 years old, the researchers point out that little is known about the effects of technology on younger children.

The results also add to a growing body of research which suggests too much technology time is having a negative impact on health, with previous studies finding that the more time teens spend using technology, the more likely they are to suffer from a lack of sleep, attention problems and higher BMIs.

Fuller added that sleep is critical to a child’s development and says the results support new recommendations from the American Academy of Pediatrics (AAP) about screen time for children, with the AAP advising parents to create boundaries around technology use, such as requiring their kids to put away their devices during meal times and keeping phones out of bedrooms at night.

Co-author Dr. Marsha Novick, also added, “Although there are many benefits to using technology, pediatricians may want to counsel parents about limiting technology for their kids, particularly at bedtime, to promote healthy childhood development and mental health.”

The findings can be found published online in the journal Global Pediatric Health. JB