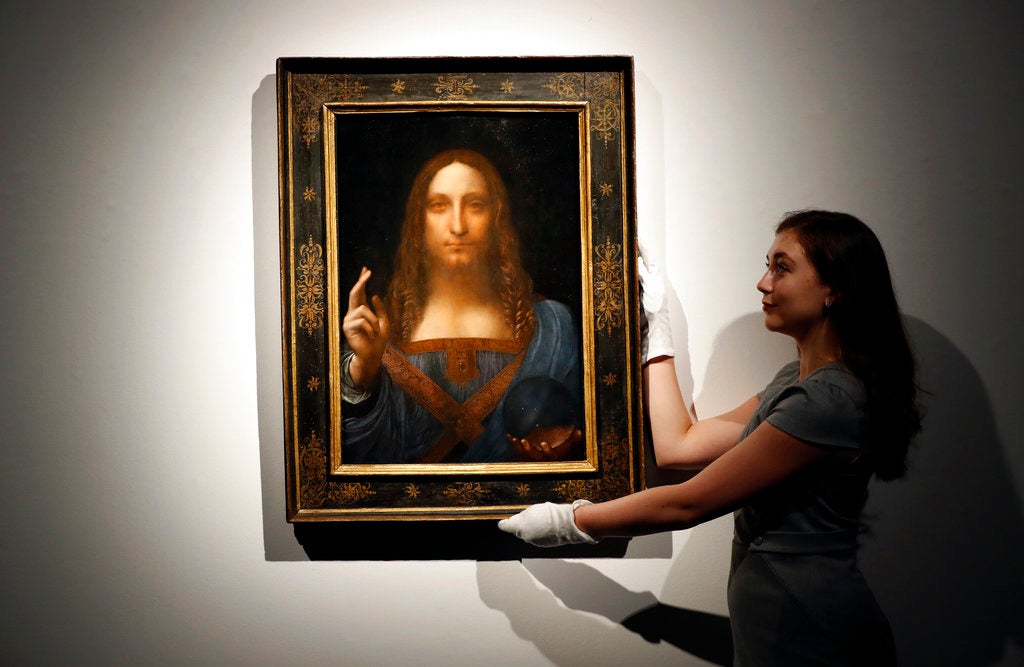 FILE- In this Oct. 24, 2017 file photo, an employee poses with Leonardo da Vinci's "Salvator Mundi" on display at Christie's auction rooms in London. An official in the United Arab Emirates says the new Louvre museum in Abu Dhabi is "very proud" to have acquired a painting by Leonardo da Vinci that sold for a staggering $450 million last month.(AP Photo/Kirsty Wigglesworth, File)

Director of Abu Dhabi’s Department of Culture and Tourism, Saif Ghobash, told The Associated Press that the public will be able to view the “Salvator Mundi” painting when it is unveiled at the museum “very soon.”

The Wall Street Journal and New York Times reported that a Saudi royal acting as a proxy for Saudi Arabia’s crown prince was the buyer. The Saudi Embassy in Washington says the Saudi royal purchased the painting on behalf of the museum in Abu Dhabi.

“At the end of the day, what is most important is that it is coming to the Louvre Abu Dhabi,” Ghobash said.

“There is a lot of controversy out there that has nothing to do with the fact that it is going to be displayed at the Louvre Abu Dhabi, God willing, very soon,” he added.

In the meantime, the museum is unveiling a new exhibition of around 150 pieces of artwork featuring collections from the Louvre in Paris and the Palace of Versailles.

The exhibition, which opens to the public Dec. 21 and runs until early April, traces the history of the Louvre museum in the 18th century. Divided into three sections, it includes collections under Louis XIV, known as Louis the Great, who reigned over France for 72 years until his death in 1715.

Abu Dhabi has agreed to pay France $525 million for the use of the “Louvre” name for the next 30 years and six months, plus another $750 million to hire French managers to oversee 300 loaned works of art.

Authorities have not said how much it cost to build the museum, which opened last month and is located on Abu Dhabi’s Saadiyat Island. NVG