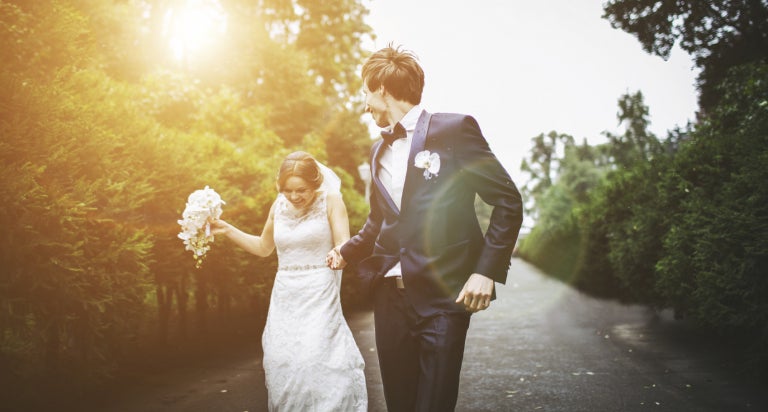 Can being married bring long-term happiness?

New research has shown that being married can promote long-term health benefits, especially when your spouse is also your best friend.

Carried out by Shawn Grover and John Helliwell of the Vancouver School of Economics in Canada, the pair used data from two United Kingdom surveys to look at the relationship between marriage and friendship.

After analyzing this data, the pair found that married people were more satisfied with life than singles, as were those living as a couple but not married.

This happiness was also found to be long-lasting, with feelings of satisfaction observed well beyond the so-called honeymoon period.

The positive effect of marriage was particularly strong during middle age, a period in life that is often associated with a quite drastic dip in well-being. However, the team found that unmarried people experienced a much greater dip in their satisfaction with life than those who were married.

“Even after years the married are still more satisfied. This suggests a causal effect at all stages of the marriage, from pre-nuptial bliss to marriages of long-duration,” commented Helliwell.

“Marriage may help ease the causes of a mid-life dip in life satisfaction and the benefits of marriage are unlikely to be short-lived,” he added.

As friendship has previously been found to be important for life satisfaction, the pair proposed that this could help explain why the benefits of marriage hold even over time, adding that one’s partner can often be referred to as a “super-friend” causing an even greater effect on well-being. Partners also provide unique social support for the challenges that life throws at us over the years.

However, they also noted that due to the methods used in the study, the conclusions can only be applied to other western countries where suitable long-term surveys are also available.

The results were published in the Journal of Happiness Studies. JB

Perspectives on aging affected by relationship with grandparents