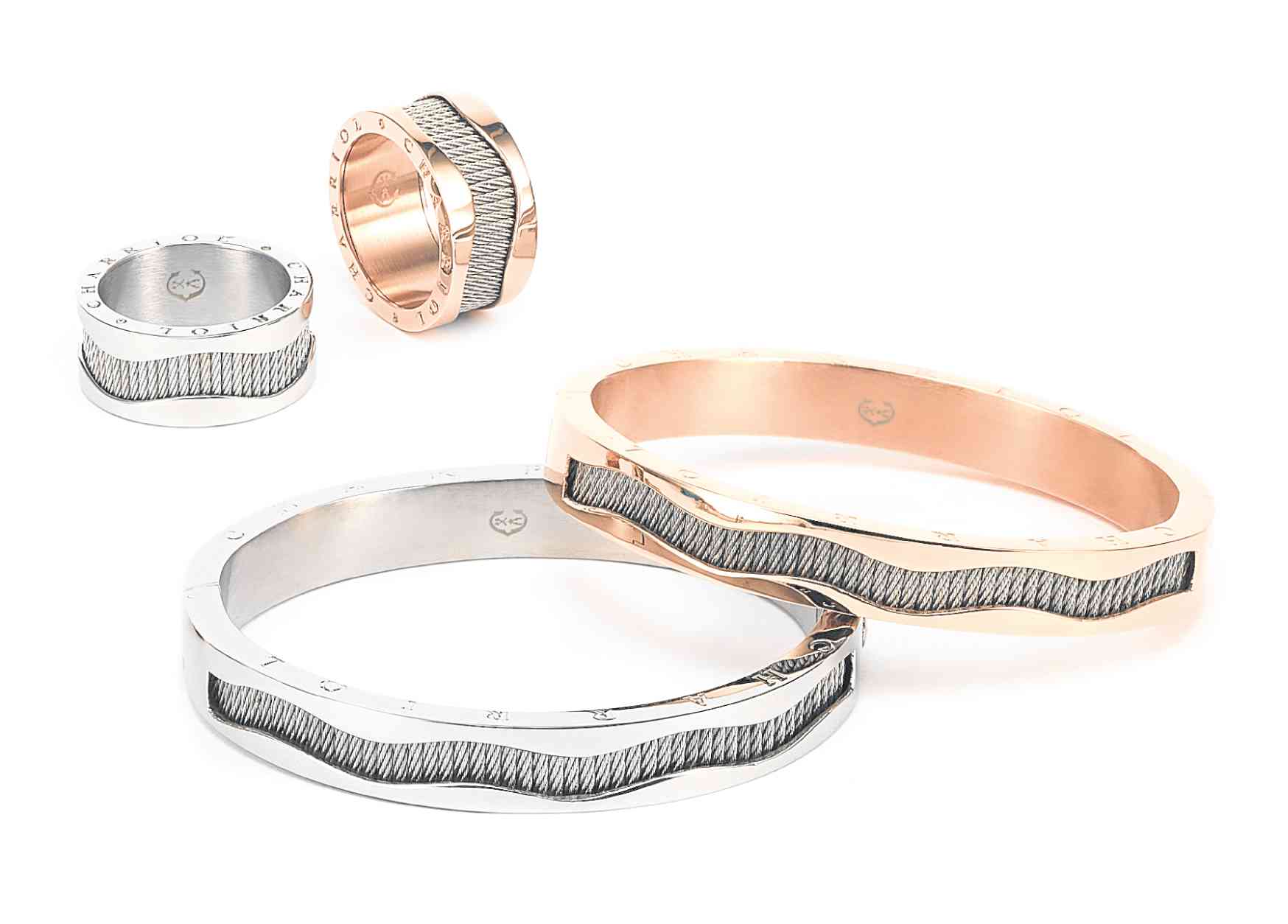 ‘Jewelry that gives time’–why Charriol will remain a feminine watch

Whenever he meets Filipinos at random back home in Paris, Philippe Charriol likes to bet that they know or have heard of his brand. He’s right 100 percent of the time.

“I’m very proud,” Charriol says. “It’s true only for Filipinos around the world. The Philippines is where there’s greatest recognition for the Charriol brand.”

The company, which makes watches, jewelry, fragrance and leather goods, was founded by Charriol in 1983. But he has been a regular Philippine visitor since 1972, when he was the top executive of a French luxury jeweler in the region.

He still visits at least twice a year to check out the Charriol boutiques run by his local partners, Rustan’s and Stores Specialists Inc., as well as for R&R.

Charriol loves Boracay, where he stays in a favored resort at Station 1. On this trip, he had just come from Pangulasian, an upscale resort in El Nido, Palawan.

“The asset of this country is the charm of its people,” he said. “You’re very pleasant and charming, and service here is exceptional. In Pangulasian, people were attending to me, to do this and that. When I’m in Europe, there’s nobody! So I love that here.”

Charriol works alongside his adult children Coralie and Alexandre. But Coralie is busy developing the brand’s fine jewelry line at the moment (exclusively online), while Alexandre has his hands full as Charriol’s visual director. He’s still quite hands-on in the operations.

Like many brands, Charriol is also adjusting its strategy to appeal to the millennial market. “The younger market, those in their 20s, are very difficult to understand as customers,” he said wryly. “They’re complicated.”

Charriol has an e-commerce component, but the magic of luxury retail is in perusing the store windows and trying on the objects from the shelves—details that are lost in online shopping, he said. “There’s no magic there. You do that in your bed, in your dark bedroom, before you sleep!”

While it still has offerings for men, Charriol will continue to “feminize” everything, according to its founder.

“There’s a global revolution in the watch business, so it’s a little bit dangerous,” he said. “Apple and Samsung are the most profitable brands. They’ve entered the [watch] market and they can invest in marketing and publicity. Young people want to have what they offer.

“I’m lucky since Charriol is mostly a feminine brand. My direction is more and more feminine. We’re making watches that try to look a bit like jewelry. Eventually I want to make jewelry that gives time. That’s my direction.”

Charriol’s top watch model, the St.-Tropez, will be spruced up even more with accessories, he said.

In the Philippines, Charriol watches are doing well, and its cable jewelry is a favored gifting item.

Meanwhile, in China, Charriol is known as a men’s brand, with licenses for ready to wear, shoes and leather accessories. “There are 100 Charriol RTW stores in China,” Charriol said.

“My partnership with Rustan’s and SSI from the very beginning has been very rewarding,” Charriol said. “I’ve worked with three generations, and I’m still here!” he added with a laugh.

Charriol is still a family-owned enterprise, and if he can help it, Charriol wants to keep it that way. At least for now.

“Everything is for sale in this world, except your soul,” he said with a laugh when asked if he’d ever consider selling his company.

He won’t force his son to take over the business if he doesn’t want to, Charriol said.
“Alexandre is an artist. He has capacities that I recognize. It’s one thing to be an artist and one thing to be a businessman. Those are two things that don’t match. I will never push him not to do what he wants.”

Besides, Charriol added, he still finds fulfillment in running the company. “I still love to travel. My hobby is still racing cars. And I’m still very good at it. I try to give that [youthful] spirit to Charriol.”