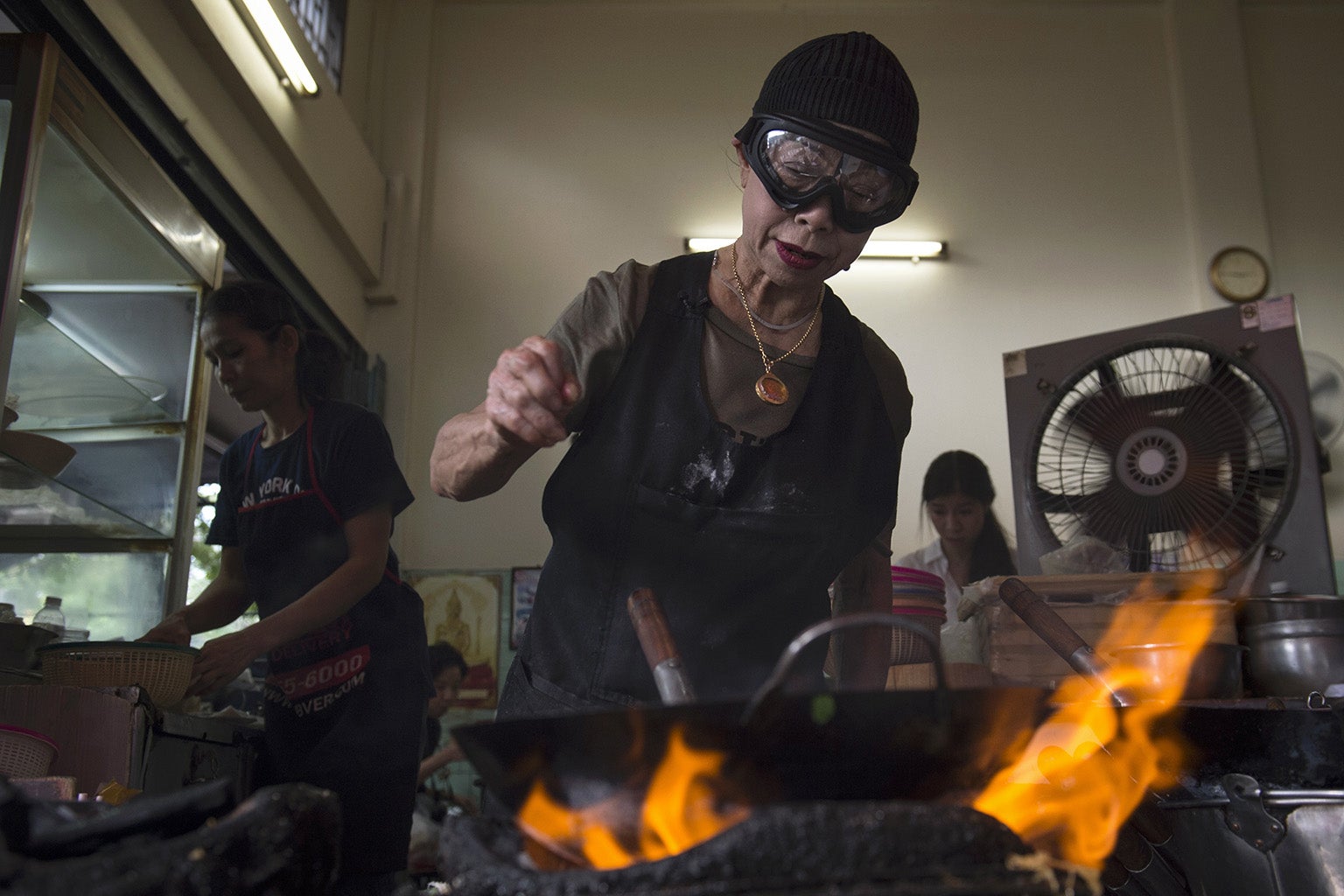 Wearing her trademark ski goggles for protection from flying sparks, Thai cook Jay Fai hunches over two sizzling woks as tourists from around the world line up in three-hour-long queues at her modest streetside eatery.

The 72-year-old’s crab-stuffed omelettes have always been popular among local gourmands, but her eponymous restaurant shot to global fame overnight after it was awarded a Michelin star this month at the launch of Bangkok’s first guide.

While she is proud of the achievement, former dressmaker Jay Fai is still adjusting to the media frenzy that has seized her open-air kitchen in Bangkok’s old quarter.

“There are advantages and disadvantages,” she told AFP as she flung ingredients into a wok, explaining she did not have time for a formal interview.

“The downside is being exhausted … Also, the government wants me to promote Thailand. I feel like I don’t have a choice,” she added.

She has been asked to appear at the seaside town of Hua Hin for an international tennis tournament this weekend, where she will teach top-ranked players to make her signature crab omelette and the Thai soup dish Tom Yum Kung.

“I will not be selling for two days,” she said ruefully, adding that she would even consider handing back the coveted star if it meant returning to her normal routine.

Any distraction from work means a loss of business for Jay Fai, whose spirited cooking style — a flurry of activity from grabbing handfuls of raw seafood to dishing out plates of the finished product — is one of the main attractions.

Her supersized portions of crab and jumbo prawns are also part of the draw, though the dishes are far pricier than the city’s average street vendor at upwards of $20 a pop.

The unflashy eatery, which has partial indoor seating, was the only streetside venue among the 17 Bangkok restaurants awarded stars on December 6, when Michelin unveiled its first guide for the Thai capital.

Michelin only awards stars to establishments with fixed addresses, leaving many of Bangkok’s famous roadside stalls out of the running at a time when the city is attempting to move them off the pavements and into organised markets.

Jay Fai had heard of the brand name Michelin but was not aware that the French tyre company had anything to do with cooking.

She is not the first chef to feel the heat over the flood of attention that comes with a Michelin star.

In September a chef in southern France with three stars said he wanted to be stripped of the award because of the “huge pressure” to meet its standards on a daily basis.

But Jay Fai’s colleagues are not worried about her.

“She’s quite strong. She never gets ill,” said Kung, an assistant who has worked there for 10 years. MKH