6 Picasso exhibitions to see in Europe in 2018 | Lifestyle.INQ ❮ ❯ 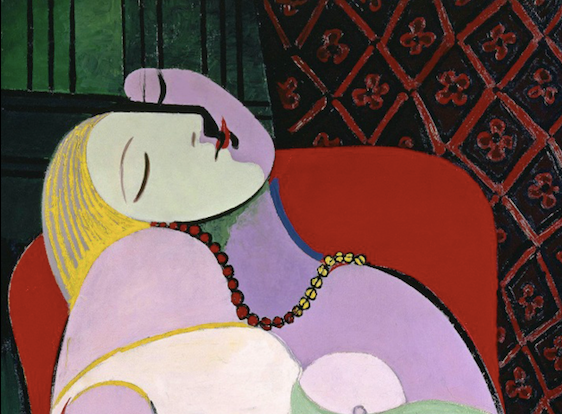 This year, the work of Pablo Picasso, one of the major figures of 20th-century art, will go on show in various European museums. Here are six must-see Picasso exhibitions coming in 2018.

“Y Fellini soñó con Picasso” [And Fellini Dreamed Picasso], Museo Picasso Malaga, Spain, Feb. 13 to May 13, 2018
In 1962, Italian filmmaker Federico Fellini got up one morning and described a dreamed encounter with Pablo Picasso in his “The Book of Dreams”. Started in 1960, on the suggestion of his psychoanalyst, the book featured written and drawn accounts of what the filmmaker dreamed about. He dreamed about Picasso three times: in 1962, he dreamed that he and his wife were in Picasso’s kitchen; in 1967, he dreamed of Picasso as an elder brother and artistic father; and finally, in 1980, Picasso spoke to him as if to a friend and teacher.

The exposition will feature a selection of drawings, films, photographs and other documents belonging to the Italian director, along with paintings, sculptures and drawings by Pablo Picasso, highlighting the two 20th-century artists’ shared sensibilities and obsessions.

“The EY Exhibition: Picasso 1932 – Love, Fame, Tragedy”, Tate Modern, London, United Kingdom, March 8 to Sept. 9, 2018
This will be the first solo exhibition of Picasso’s work ever held at London’s Tate Modern museum. The show will focus on the year 1932, a pivotal time in the artist’s career, as his work became more sensual and his celebrity status was cemented. The show features more than 100 paintings, sculptures and works on paper displayed by date of creation.

“Picasso, voyages imaginaires” [Picasso, imaginary journeys], Centre de la Vieille Charité and MUCEM, Marseille, France, Feb. 16 to June 24, 2018
Although Picasso didn’t travel much beyond his journeys between Spain, France, the Netherlands, Italy and Germany, his work is steeped in influences from many cultures other than his own. This will be explored through around 100 paintings, sculptures and drawings, shown alongside key works from the museums of Marseille and MUCEM.

“Picasso, les années Vallauris” [Picasso, the Vallauris years], various locations in Vallauris, France, June 23 to Oct. 15, 2018
This exhibition focuses on the years that Picasso spent in Vallauris, from 1947 to 1955. During this time, Picasso was surrounded by his family, as well as various personalities from the worlds of art and literature, such as Paul Eluard, Jacques Prévert and Jean Cocteau. His artistic production was renewed, notably through ceramics but also sculpture. In 1949, the artist donated his “Man with Ram” sculpture to the town and painted his “War and Peace” murals in the town’s chapel. The exhibition will offer an overview of these years, showing almost 200 works in different locations in the town, from the Musée National Pablo Picasso, to the Musée Magnelli and the Madoura Pottery. JB