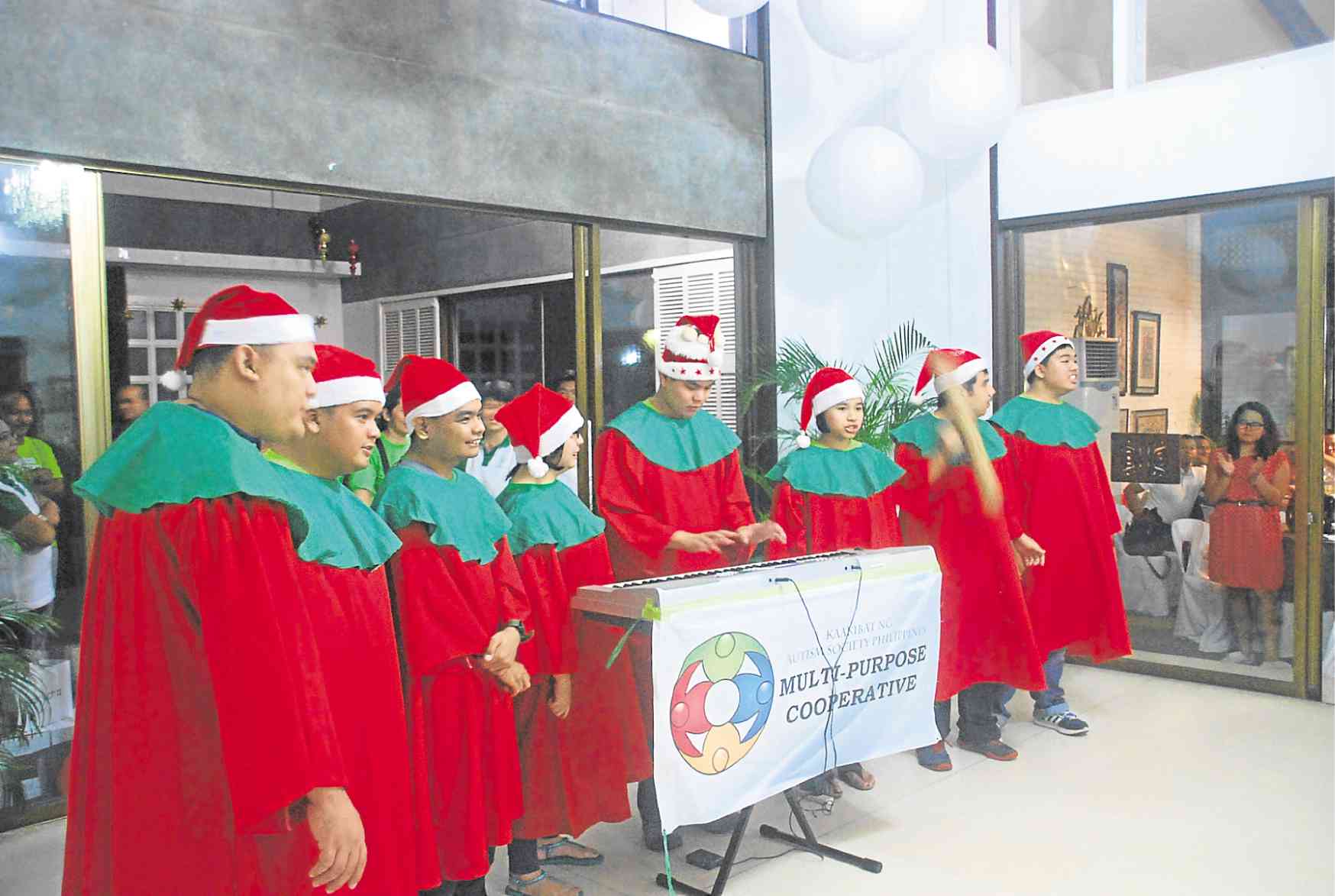 Developing creativity in children with autism

One in 68 children is diagnosed with Autism Spectrum Disorder (ASD) before the age of 8, according to the Center for Disease Control and Prevention. The numbers have been increasing.

In the Philippines, the estimate is about a million cases of ASD.

Autism is a disorder in the nervous system that affects the child’s development. The spectrum disorder refers to the scope of signs, such as children being in their own world, repetitive behavior or speech patterns, or inability to comprehend or communicate for their age.

With the rising ASD population, parents and teachers are finding creative ways to deal with social growth and sensory challenges that generally come with this disorder.

A musical with a cast of children with autism (CWA) sought to prove that they are not unskilled, contrary to perception. Performed in Miriam College, “A Special Story” celebrated the life of Christ in popular songs. It was produced by the Kaakibat ng Autism Society Philippines Multipurpose Cooperative (Kaspi-MPC), a group of parents of CWA.

This group organizes activities that will set up CWAs for lives as independent adults and also serve as a support group for parents.

“Our kids have been growing up. We asked ourselves, what would happen if they left school?” says Josephine Joven-Palomares, Kaspi-MPC chair.

The fledgling company organized annual Christmas caroling, where the singers earned a record P90,000 for five weekends in 2016. The children also painted on muslin bags which were sold for P100. The cooperative supplied the materials while the CWA provided the art skills.

Last year, the musical received a lot of support from the community and the University of the Philippines Special Education Council.

“The children looked forward to rehearsals because it was a form of socialization. It provided music and dance therapy,” says Ma. Elvira Sison-Pascual, board director.

Art as a teaching method became a mode of communication between the students and director and the teachers with special education background. Music and dance capture their attention.

“They like something structured and routine, like music,” says Palomares. Her son, Marcus, 19, honed his motor skills on the keyboard. He plays piano and electric organ, which enables him to express this feelings, which is otherwise challenging for him.

During the rehearsals, the chorus allowed them to interact with each other with set rules. The repetitive practice of the songs gave the CWA an avenue of expression and a sense of belonging. Being part of a group helped them to focus. The performance gave them confidence after performing in public.

Still, some CWA may find it challenging to perform in a conventional setting like a classroom or a rehearsal since the methods do not complement their needs and their ways of doing things.

Pascual pulled her son Ruel out from school to undergo a special education program at home. His program includes practical applications of math and language and other methods that let him learn on his own terms.

Ruel has shown skills playing the electric organ and food preparation in the kitchen. Without any help, he downloads music from Spotify and puts the mobile phone on silent mode when he doesn’t want to be disturbed.

Palomares and Pascual noted that CWA tend to be overweight because they don’t care about their looks. They tend to indulge in carbohydrates, sweets and fried food and maintain a sedentary lifestyle. Parents encourage them to take regular walks, play basketball to burn the calories and avoid processed foods.

The journey of caring for a CWA is a test for both the parents and the children. Their talents or skills are not easily apparent. Patience and creativity in educating them have brought positive results.

“It’s up to you to determine if your child is a blessing or a burden. Caring for them requires much of your time, resources and compassion. All your virtues will come into practice,” says Pascual. —CONTRIBUTED

The Philippine National Autism Consciousness Week will start on Jan. 14 with the annual Angels Walk for Autism 2018, 6:30 a.m.-12 p.m., at Mall of Asia Arena in Pasay City.