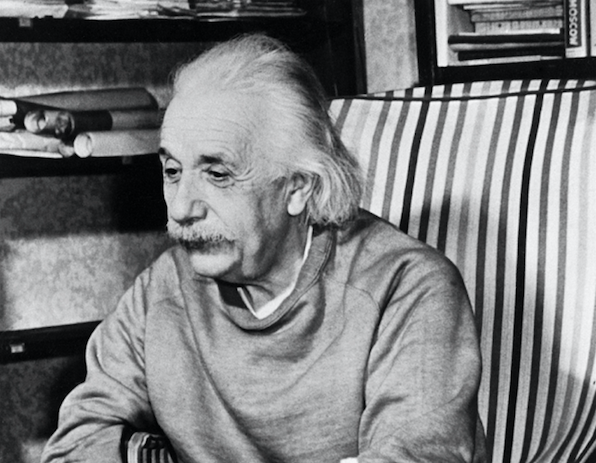 Handwritten pages from Albert Einstein’s theory of relativity, letters to his lovers and other parts of his archive stored in Jerusalem are to be exhibited for the first time in Taiwan, China and Japan.

Some 75 artifacts will go on display in Taipei beginning Friday as part of the exhibit “Albert Einstein: Life in Four Dimensions,” Jerusalem’s Hebrew University said Thursday.

They will remain on display at the National Chiang Kai-shek Memorial Hall through April 8 before moving on to China and Japan.

The Jerusalem university is home to the world’s largest Einstein collection.

The pieces on display will include “his 1921 Nobel Prize, handwritten pages from the theory of relativity, letters exchanged with Sigmund Freud, family members and lovers, and the physicist’s own vinyl record collection,” the university said.

A university spokeswoman told AFP that “nearly everything presented is original except for Einstein’s century-old pipe, which is too fragile to send. We sent a copy.”

Part of the journey for the historic and highly valuable material included an armoured truck, a police escort and a dummy car to “throw off potential thieves,” the university said.

While certain artifacts have been exhibited in places including Washington and Los Angeles, the upcoming exhibits mark the first time such a large number of pieces have been sent abroad, the spokeswoman said.

Einstein served as a non-resident governor of Jerusalem’s Hebrew University.

When the German-born physicist died in 1955, he left the institution his archives, making it the owner of the world’s most extensive collection of his documents.

He also once turned down an offer to become Israel’s president.

In October, a note that Einstein gave to a courier in Tokyo briefly describing his theory on happy living sold at auction in Jerusalem for $1.56 million. JB