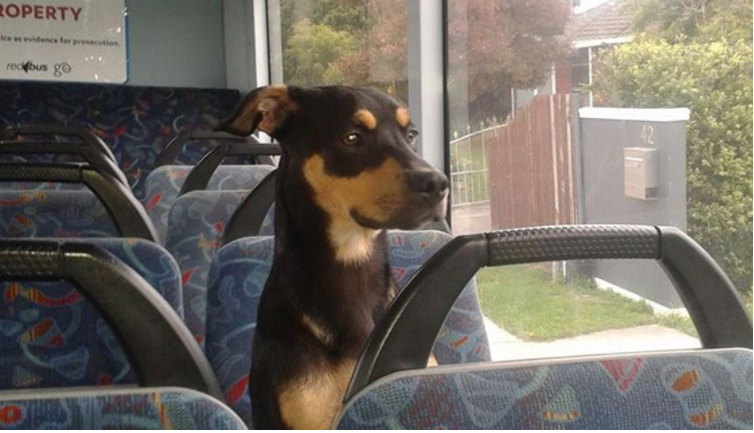 Residents of Rangiora town in Canterbury, New Zealand, were surprised when an unexpected passenger rode the bus with them.

A Facebook post circulated in the group “Lost and Found Pets Rangiora and surrounding towns” showed that a dog “hopped on the bus” alone. A group member, Nicola Joy Fidler, shared the photo when she saw the dog.

Gutschlag said that she did not realize Nismo was gone as she was preparing lunch for her son.

“I went to put the spreads in the cupboard and I turned around and he was gone, so literally about ten seconds,” Gutschlag said. Adding that they did not have a fence at the time, this made it easy for the dog to escape.

But Nismo’s freedom was short-lived as he was taken back to his owner within 30 minutes after his disappearance. Two hours later, the post of the dog riding the bus went viral on the group.

“By the time I went outside to take him [my son] to preschool, there was someone walking up with [Nismo],” she recalled.

Since then, Gutschlag has had a chain to rein in the dog. “He’s really friendly, really people-loving,” she described Nismo. Katrina Hallare