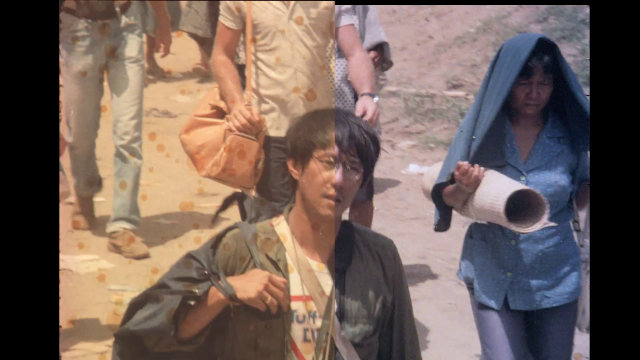 Manikan is survived by his wife, Susan Africa, and three children, Eli, Mika and Miguel.

A Metro Manila Film Festival Best Supporting Actor for his portrayal of the conflicted film director in Ishmael Bernal’s “Himala,” Manikan shone in such plays as “Joe Hill” and “Heneral Goyo,” among others. Theater colleagues were one in saying he was a good friend and a consummate actor rolled into one.

Recalled director Joel Lamangan, who worked with Manikan in “Mga Ama, Mga Anak”: “Spanky was a very good man, a beautiful and caring person. He was an actor dedicated to his craft, always aiming for excellence in any interpretation of a character assigned to him. And he had a deep respect for co-actors, always finding time to learn and help them find the truth of their portrayal. A team player, indeed!”

Said actor Nonie Buencamino: “I will remember Spanky as a generous, gracious and very sincere friend and co-actor. We were rarely together but when we did chat, Spanky was as close as a dad or brother to me.”

Tanghalang Pilipino artistic director Nanding Josef said Manikan was almost like a big brother to him from their days at the Philippine Educational Theater Association (Peta). “He was always thoughtful. He would always give me a tight hug whenever we saw each other, and never failed to ask how I was… We became very close when we did ‘Joe Hill’ in Peta. He was Joe Hill, and I was his best friend. He was a very generous co-actor.”

Film scorer and composer Lutgardo Labad also recalled that Manikan sang most of the songs he composed for Peta plays at the Rajah Sulayman Theater. At the time, the actor’s voice was at his prime, before he turned to heavy smoking.

“I would say Spanky was my best interpreter, although he was not conservatory-trained as a dramatic tenor. I believe he was more lyrical, more emotional, less technical and he had an excellent ear,” said Labad. “Spanky had exquisite musicality, beautiful tone, emotive power and, most of all, soul.”

Vangie Labalan, Manikan’s co-star in “Himala,” remembered him as “truly focused on his love of theater when we were shooting ‘Himala’ in Laoag. He talked of nothing else but theater in our living quarters.”

Singer-actress Isay Alvarez was able to work with the actor on so many projects that she said she stopped counting. “I looked up to him as one of the theater icons worthy of respect. He was one of the first theater actors who successfully crossed over to mainstream show business, a path I am treading on now. I am thankful for this.”

Stage actress Len Ag Santos-Siasoco said Manikan was full of gratitude for the fundraising his colleagues spearheaded to help him with his hospital bills. “In return, he gave us songs in a CD that he sang throughout his five decades in theater. I would remember him as a sweet guy full of wisdom, and a force in theater acting. I would call him Robert de Niro, because he looked like and acted like De Niro.”

To fellow thespian Bernardo Bernardo, Manikan was an intense, inventive actor whose sensitivity and keen intellect shone in scenes they shared in one foreign film in 1988. “In ‘An Le Zhan Chang’ (Fatal Vacation), Spanky and I played siblings. I was the older brother, a captured rebel leader Spanky was trying to rescue. I made him laugh when I did my little macho stunts, diving through the air with my machine gun, and I did a screaming banshee version of Darna!”

In our last interview with Manikan, he offered a touching account of someone who saw him in “Joe Hill,” a play about early American-era unionism directed by Soxy Topacio.

“After doing ‘Himala,’ people would approach me, citing my role in that Ishmael Bernal classic. One time, I was in a taxi and the driver was always looking at me and smiling. I said to myself, he probably watched ‘Himala.’ Then he turned to me and said, ‘Sir, kayo po ba si Joe Hill?’ I instantly felt that glow inside me. He said he watched me in ‘Joe Hill’ at the time when the driver participated in a strike in their company. And after watching the play, he said, ‘Lumakas ang aming loob at parati ka naming pinag-uusapan.’

Manikan said: “It was the greatest accolade I have ever received in my acting career.” —CONTRIBUTED