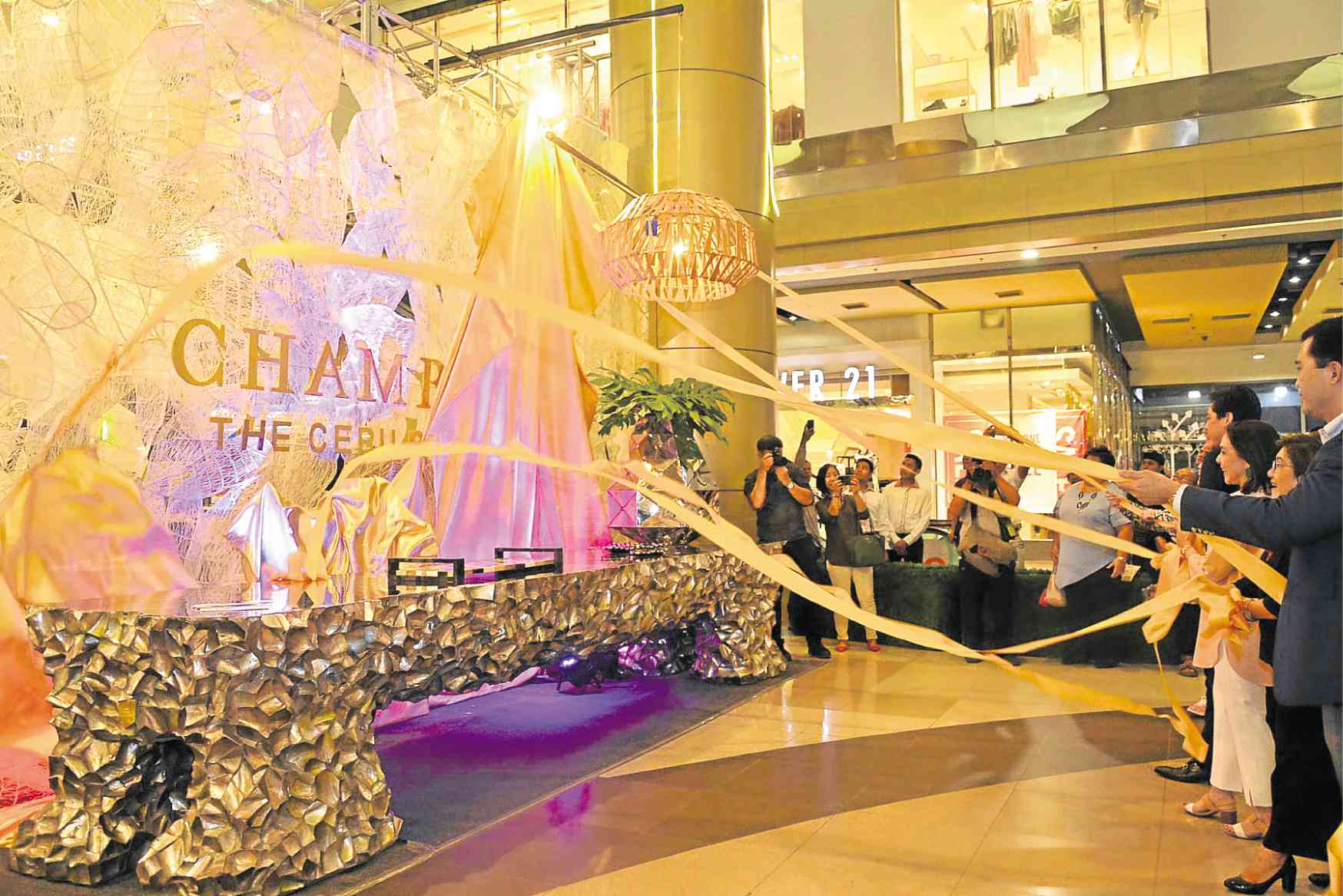 SM City Cebu, in partnership with the Department of Trade & Industry (DTI) and the Cebu Provincial Government, opened its Cebu! Cebu! Exhibit on Jan. 10 at the Northwing Atrium. This annual showcase of Cebuano craftsmanship, held around Sinulog, has always been popular among balikbayan and tourists.

This year, on its 10th consecutive run, however, even the most jaded of locals took notice.

“Chambers: The Cebu Project” is a sequel of the 66th Manila FAME held last October, where the experiential exhibit made its debut. Not only is it fitting that the exhibit has come home to Cebu; it is also a reminder that there’s much cause for optimism for Cebu’s export industries as the year unfolds.

In her speech during the unveiling at SM City Cebu, Caberte said, “I would like to point out that, despite the challenges, Cebuano producers and manufacturers have always been steadfast in upholding high quality craftsmanship and standing in higher purpose of uplifting the lives of ordinary Filipinos through entrepreneurship.”

Also instrumental in putting together the Manila and Cebu exhibits was Butch Carungay of Avatar Accessories. He said, “This project is unprecedented in that it is a cross-collaboration among the three traditional creative exporting industries, namely furniture, gifts and furnishings, and fashion accessories. The idea was to exhibit as a whole, since our products complement each other.

“Tess Pasola, the curator of the initial Manila FAME staging, suggested the idea of emulating a resort with different rooms, hence Chambers, each of which would showcase the beautiful  and world-class objects designed by Cebu’s preeminent talents which combine innovative materials, exacting artisanal techniques, and the latest in digital manufacturing.”

The innovation  is  evident not only in the products on display, but also in the stunning backdrop panels that provided the most immediate visual impact and tied the display  into one cohesive experience. The panels were a design collaboration between  Pasola and Doran-Webb, who traded his usual medium of driftwood for decorticated maguey, or Agave Gigante, to create the Tagasi gabi leaf panels.

“The shape of the gabi leaf is reminiscent of a heart,” he said. “The scale of the leaf is generous, and overlaying one on top of the other mimics the dense foliage of the jungle, whereas the fine strands of the fiber give it a translucent ephemeral effect. The materials used in the process of making the leaf panels are all natural and biodegradable.”

Cebu! Cebu! runs until tomorrow, Jan. 22, just after Sinulog weekend. But while the Sinulog festival has always been about the traditions that tell the story of Cebu’s past, “Chambers: The Cebu Project” highlights the innovations that will bring Cebu into the future.