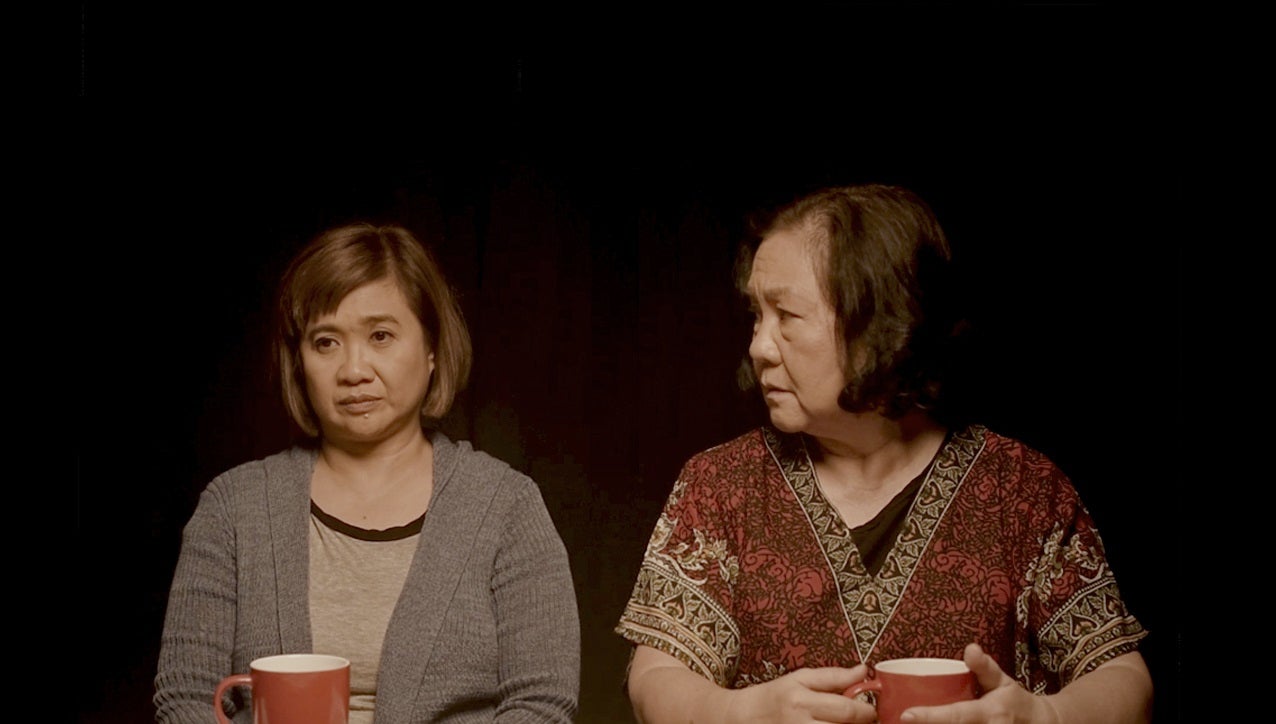 For this theater enthusiast, Sherry Lara will remain the Filipino face of the consummate Paulina Salas Escobar in the ’90s Manila production of Ariel Dorfman’s “Death and the Maiden.”

Lara remembers the late actor-director Pio de Castro giving her a copy of the Norman play. She was so moved by the book that, for years, she dreamt of doing the play.

After her stint in the Peta play “Care Divas,” Lara asked Peta artistic director Maribel Legarda if there was any chance they would produce the Norman play. “She was noncommittal since the play was in English, which meant it had to be translated into Filipino,” she recalls.

“After a few months, I heard that Soxie Topacio would be directing it and I was being considered for a role. At the time, they were still looking into the other role being played preferably by a film actress who had done some theater work. The translation and adapting job fell on Ian Lomongo.”

When Topacio passed away, the directorial job became Melvin Lee’s. Peta eventually confirmed that Lara was playing Thelma Cates along with the theater-honed TV and movie star Domingo playing her daughter. The play is about the complex dynamic of the two characters as the daughter reveals she is about to commit suicide.

The intensity of the role reminds Lara of her character as the political detainee Paulina Escobar in “Death and the Maiden.”

“The role of Thelma Cates is like a roller-coaster ride. She is her own person, strong-willed, opinionated and emotionally difficult. She is like a prism that shows so much so fast that it is hard to read what she is really thinking. Paulina and Thelma are extremely compelling and demanding characters to play—and frightening, too.”

Lara remembers crying the first time she read the play. She thought about her relationship with her mother, which she describes as occasionally rocky. “How odd and sad that two people as closely related as Thelma and Jessie were not able to talk and listen to each other for years, and are really threshing things out only now when it might be too late.”

She adds, “When one prepares for a part as complex as this one, it becomes a daily introspection because there are scenes in the play that could have happened in my family or in families I know. As a mother, I ask myself if I have done all I could for my child. Did I listen enough? Was I attentive enough?”

How is she preparing for the role?

“Memorization is easy, but a monkey can learn tricks by rote, by repetition. I have trained myself to block everything out when I read, which I do—at least five times a day—to get into Thelma’s persona heart and mind.”

The initial readings with Domingo were light and friendly. But since they started reading in October last year, Lara realized the play demanded more hard work and intense preparation, as the two actresses delved deeper into their roles. Good thing “Eugene is bright, funny and very insightful, and she brings these insights to her acting,” she says.

Though there are only two characters onstage for 90 uninterrupted minutes performing a 75-page script, Lara is challenged by the daunting prospect.

“No intermission is kind to us since emotion is flowing and should not be given pause. Rehearsals are always good and helpful because one gets truly engaged in the working of the play. From the director to your co-actor, you see the play unfolding and slowly blossoming, and that is what is happening to ‘‘night, Mother’—it is blossoming.”

Lara has been into the arts since her grade school, and even had the singular experience of watching the legendary Helen Hayes reading a part in “Anastasia” with the Harvard Choir as a guest of their St. Paul Manila school glee club.

She hopes the play will open the hearts and minds of parents on the need to connect with their children on a regular basis.

“Listening to another person, especially a family member, is so important. There may not be another time to do so, and as the years go by, they will end up living an empty existence oblivious of each other.”

That need for openness extends to them as actors as well.

“The only way to connect with your audience is to be sincere and honest,” she says. “There is no other way. Audiences these days are way too intelligent not to see the artifice.” —CONTRIBUTED