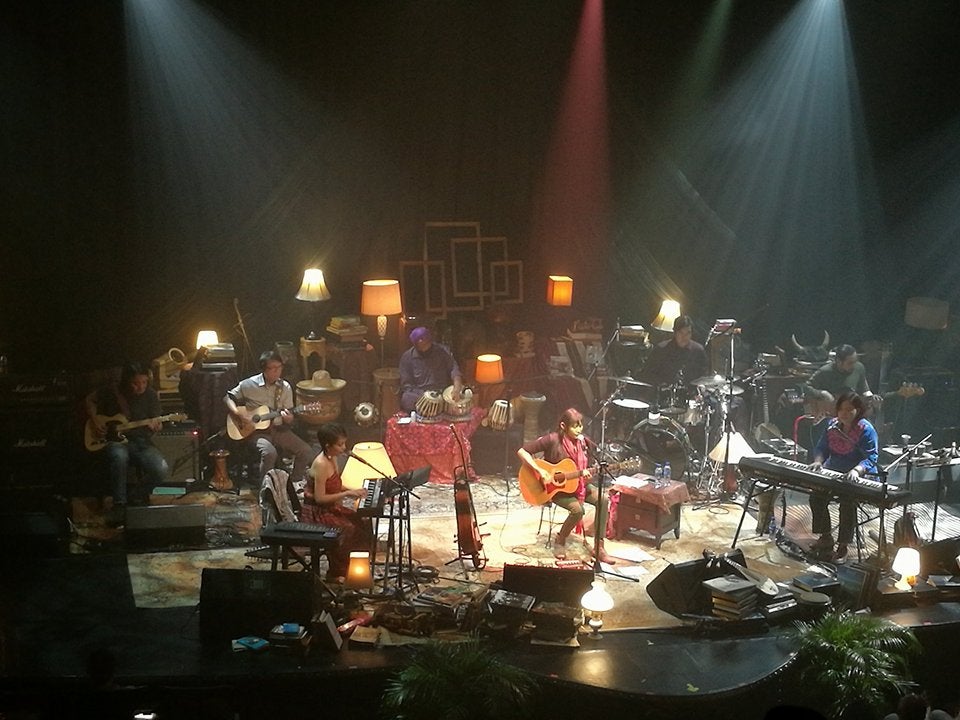 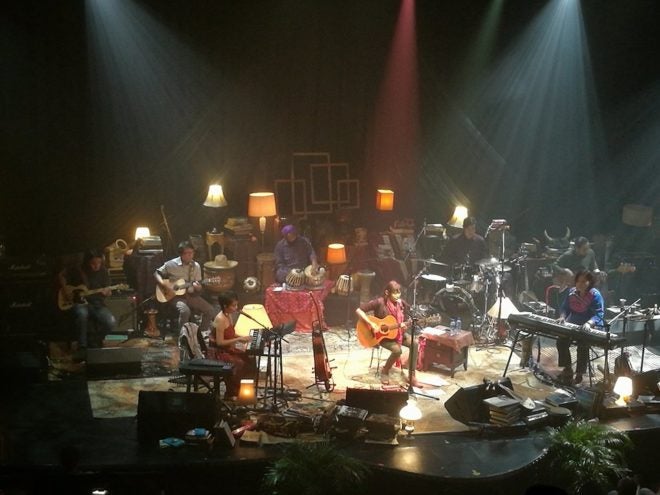 For her homecoming gig, singer-songwriter Cynthia Alexander—who’s been living in the United States for the past five years—turned the Music Museum stage into her private den with lots of lampshades, tables and knickknacks. She also surrounded herself with musicians who have played with her for a long time.

The result was one of the most visually appealing, musically uplifting live performances to greet 2018.

The new year brings good tidings to Alexander, who has just released a crowd-funded, seven-track new album, “Even Such Is Time,” a few songs of which she debuted in public at the Museum gig.

Saying that the lyrics to “St. Cecilia” were from an old poem by her mother, Tita Lacambra Ayala, the song sounded sad—moody music and somber images connoting sorrow but finding joy in the regal garments of a religious icon.

There’s melancholy in the title track, even as Alexander sings, “May there be no sadness or farewell…”

Perhaps those emotions sprung from the environment she has transplanted herself in, Tacoma in Washington, although she said in her spiels that living there provided a relief from all the noise in Quezon City.

But overall the gig was a happy occasion, with songs from Alexander’s previous albums reminding the audience why her music—a mixture of folk, Indian, jazz, and good old rock—endures.

Here’s hoping it won’t take another five years before she plays here again.

It was nice to bump into GMA 7’s Jay Taruc at the 17 anniversary party of clothing brand Dickies Philippines held recently at the Metro Tent in Metrowalk, Pasig.

Taruc, a Dickies endorser, joined the table of two sets of celebrity brothers—Randy and Raymart Santiago, and Tonton and Ramon Christopher Gutierrez—who have previously endorsed Dickies.

Performing that night was the band Maryzark, one of the latest Dickies brand ambassadors.

Not all food parks that have been sprouting all over the metro offer really good eats. But there’s one, the newly opened Milan Gastrohub, that serves fine, authentic sisig, among other tasty items that go well with beer.

It’s owned by the people who run Let’s Be Sili and Casa Quesadillas—two popular dining places along the Maginhawa food row.

Milan Gastrohub is not yet fully operational, but the Let’s Be Sili and Casa Quesadillas stalls are now open.

Another nice thing about it is it’s across ’70s Bistro, so now there’s an option if you want to have an early dinner or warm-up drinks before watching a gig.