Can working out in a group really motivate exercise? | Inquirer Lifestyle ❮ ❯ 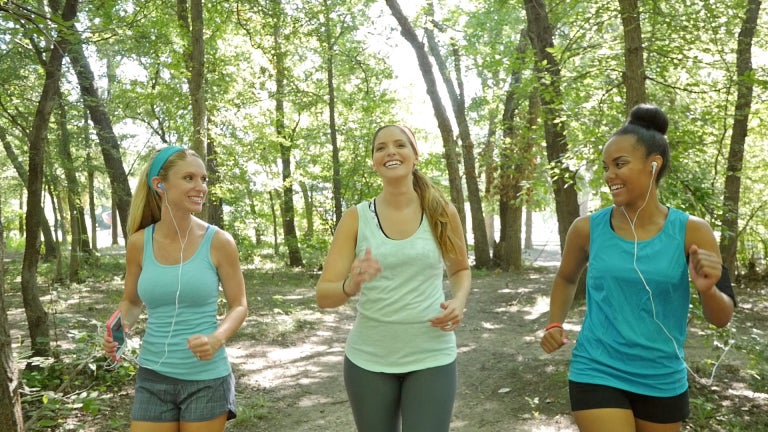 Can working out in a group really motivate exercise?

A new study in the United Kingdom published this month is the latest to suggest that adding a social element to an exercise plan could make it easier to stick to, finding that those who walked together in groups rather than alone were more likely to keep up the activity six months later.

As January draws to a close and we finish the first month of our new year resolutions, we look at the evidence to see if fitness with friends could be the key to a successful workout plan.

Led by Anglia Ruskin University, the new research analyzed 18 studies which compared physically healthy adults walking in groups to those who walk alone, or not at all.

The results showed that those who partook in group walking were more likely to have kept up the exercise an average of six months later and reported a significant improvement in their quality of life compared with those who walked alone, suggesting that the social aspect brought more than just physical health benefits.

The new research follows a recent international study led by researchers from the University of Granada (UGR), Spain, which looked at the effect of taking regular Zumba classes on quality of life. They found that those who took a one-hour Zumba class three times a week over a five-week period experienced long-lasting positive effects on health, especially on emotional well-being.

A United States study published last year also found that working out in a group lowers stress and significantly improves quality of life more than working out alone. Perhaps surprisingly, the results held true even though those who exercised individually put in more effort, working out for twice as long, with lead researcher Dayna Yorks commenting that, “The communal benefits of coming together with friends and colleagues, and doing something difficult, while encouraging one another, pays dividends beyond exercising alone.”

Researchers from the University of Pennsylvania also found that working out with others might encourage people to stick to a fitness regime not because of the social element, but because it creates a little healthy competition.

After monitoring nearly 800 graduates and professional students during an 11-week exercise program, the team found that those who were placed in a “team competition” group, which enabled them to see how well their own team was performing against others in the program, were more likely to attend the classes than those who performed as individuals or were placed in a “team support” group. One of the researchers commented on the findings saying that, “In a competitive setting, each person’s activity raises the bar for everyone else.”

A 2016 German study also found that athletes who take part in individual sports are more likely to develop symptoms of depression than those who take part in team sports. With physical activity and social contact already known to be effective treatments for warding off depression, combining the two by taking part in team rather than individual sports could potentially boost the beneficial effect of exercise. JB