Santa for her sisters | Inquirer Lifestyle 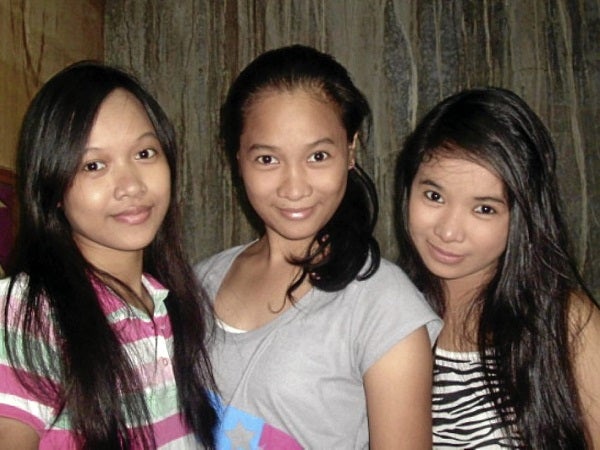 Santa for her sisters 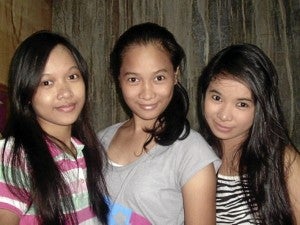 Super reader Jenn Besonia has one wish this Christmas: She wants to play Santa.

Jenn, a senior Accountancy student at PUP with a passion for writing, said, “It’s Christmas. It may sound like a cliché, but Christmas is about giving. This is a great opportunity to play Santa.”

And there are two names on her “nice” list—her sisters Lee and Joanna.

Lee, who is two years younger than Jenn, is a Mass Communications student. “She loves dressing up,” Jenn said. Joanna is four years younger. “Joanna is more like me, a bit boyish and not into socializing, but not a loner either. She loves anime.”

Despite their differences, Jenn says she and her sisters are close. “We tell each other stories. We love sharing funny experiences a lot. I also love calling them silly names. I often have to remind myself not to call them such names when we’re in a public place.” Jenn wanted to give her sisters special gifts this Christmas.

She wrote to Super: “There are two things I badly want to get for my two sisters. One, a Samsung Galaxy Y phone for my sister Lee. She keeps on borrowing my relic-ish cell phone since hers malfunctioned. Galaxy Y can be very functional yet won’t leave your pocket crying. Another thing on my wish list is The Hunger Games Trilogy for my sister Joanna. I’ve been told it’s an enjoyable book series and I want my sister to love reading too the way I do.”

Jenn explained her choices. She wants the Galaxy Y for Lee because “for under P6,000 you’ll already have an android phone. How cool is that?”

And she wants Joanna to read the Hunger Games. “I’ve read good reviews about it. Many friends also gush about how awesome the story is and how they’re dreaming of marrying Peeta someday. I’ve seen the trailer of the movie version of it too and it seems very interesting, a great adventure.”

Because we are fans of sisterly love and sibling affection, Super sprang to action. 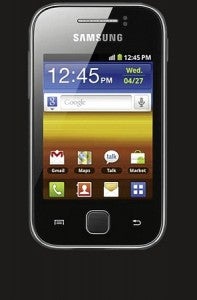 We contacted Samsung to ask if they’d be willing to take part in this Super Hookup. Odette Velarde, Samsung’s PR head, replied in record speed: “You may pick up the unit anytime tomorrow.”

Then, we reached out to Xandra Ramos-Padilla, National Book Store’s purchasing director for books. She replied just as fast: “Sure! We’ll send the box set to your office.”

We sent Jenn a message telling her we’d be granting her wish. And since Jenn is, in her own words, “very bad in planning surprises,” she couldn’t help but tell her sisters about their special gifts. “At first they thought I was just kidding. But they soon believed me and were so happy. I guess they figured that I wouldn’t be almost hyperventilating if it weren’t true.”

We wrapped the gifts and on Thursday morning, we delivered the gifts to Jenn who then gave them to her sisters.

Jenn said, “Their grin says it all. They were so thankful. Lee was excited to try the phone but she had to be patient for some hours while the battery charged. Joanna leafed through the pages of The Hunger Games. It seems she’ll be a book lover now.”