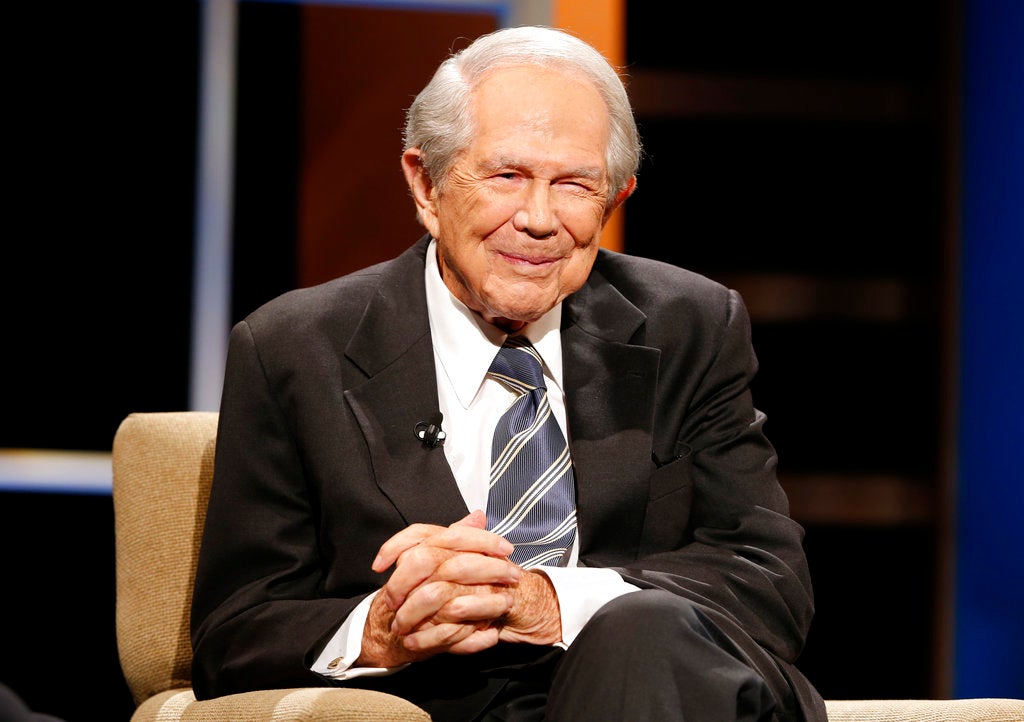 FILE - In this Friday, Oct. 23, 2015 file photo, Rev. Pat Robertson poses a question to a Republican presidential candidate during a forum at Regent University in Virginia Beach, Va. The Christian Broadcasting Network, which Robertson founded, says he was rushed to the nearest stroke center Friday, Feb. 2, 2018 after a family member recognized the onset of stroke symptoms, and the 87-year-old Robertson is alert and expected to make a full recovery. (AP Photo/Steve Helber)

In an online news release, The Christian Broadcasting Network, which Robertson founded, says he was rushed to the nearest stroke center Friday after a family member recognized the onset of symptoms.

The release says that within minutes of receiving clot-busting drugs, Robertson was awake, responsive and able to move all his limbs.

The Virginia-based network says 87-year-old Robertson is alert and expected to make a full recovery.

In addition to founding The Christian Broadcasting Network, Robertson hosts its flagship show “The 700 Club.” /cbb