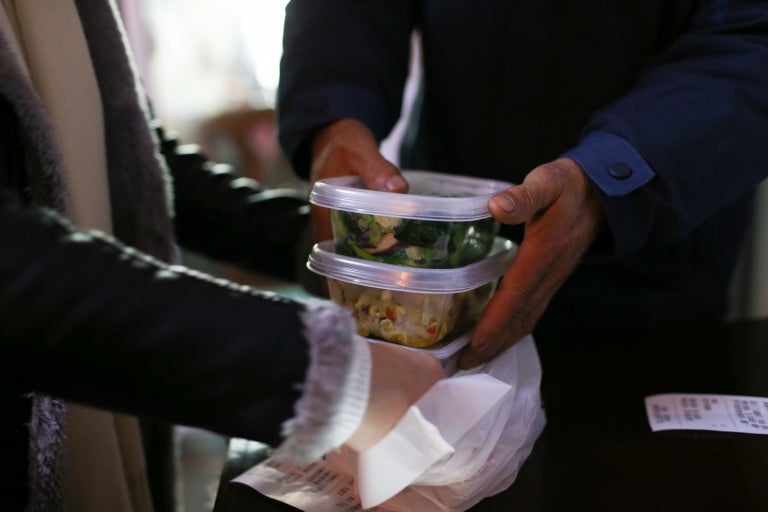 Guo Bonan has opened several new branches of his “8Peppers” spicy Sichuan-style restaurants across Shanghai since last year, and not one has a dining room.

He doesn’t need them — stationed outside each outlet are packs of food deliverymen on motorbikes waiting to whisk dishes from Guo’s steaming kitchens to homes, office buildings and factories across the city of 24 million.

But it’s also fueling wider change by shrinking restaurants and reducing how often families cook at home while allowing millions to fry up meals in their own home kitchens and ship them to hungry buyers.

“In a rapidly developing city like Shanghai, time is money. So people don’t want to spend it cooking for themselves anymore,” said Guo, 29, adding that many younger people like him are no longer learning how to cook.

“8Peppers” focuses purely on delivery through leading platforms like Ele.me and Meituan, avoiding the expense of paying waiters and maintaining a dining space.

Business is good. “8Peppers” now has 10 branches and Guo is a partner in a separate kitchen-only project with eight outlets and hundreds more planned nationally.

Passionate about food, Chinese are also eager adopters of e-commerce, a potent combination for delivery start-ups.

More than 200 billion yuan ($32 billion) worth of meals were delivered in 2017, equaling Bolivia’s gross domestic product, a figure expected to grow another 20 percent this year, consultancy iiMedia Research said.

The delivery cost of a few yuan is no deterrent as Chinese incomes rise, said Zhang Xuhao, Ele.me’s founder and CEO.

“Price is not so important anymore. Convenience and efficiency get the most attention, especially among Chinese born in the 90s or 2000s,” Zhang told AFP.

Ele.me is now working on user-data systems that can help restaurateurs determine where to open for maximum sales, and testing delivery drones.

With its massive and growing cities, “China’s potential is extremely large”, Zhang said.

The industry is another proxy battle between e-commerce heavyweight Alibaba and gaming and social media rival Tencent in their struggle for tech dominance in everything from online games to content and mobile payments.

Alibaba is an Ele.me backer while Tencent is heavily invested in Meituan.

Delivery platforms have raised billions in venture capital and are said to be burning cash via discounts to grab market share, with growth rates expected to slow.

But the industry impact will deepen, say analysts.

“It will change restaurant design. Kitchen space only used to be one-fourth of a restaurant. But restaurants are now becoming something like processing centers for delivery,” said Wang Yuke of real estate consultancy RET.

Su Xiaosu struggled after migrating several years ago from rural Jiangsu province to Shanghai, where she married.

But in 2016, she joined fast-growing platform Hui Jia Chi Fan (“Go home to eat”), which plugs home kitchens into delivery networks and is now in six cities.

Su, 34, now grosses up to 3,000 yuan ($475) per day, an eye-popping take for most Chinese, by frying up Jiangsu specialties in her tiny home kitchen and handing them to blue-clad Ele.me deliverymen in her apartment stairwell.

She can now afford a foreign tutor for her young daughter and has plans to buy an apartment, once only a dream.

“My biggest concern is upsetting my neighbors. There are crowds of deliverymen during peak hours and some elderly neighbors sleep early,” Su said.

Not everyone is happy.

Besides delivery waste that has taxed municipal authorities, tens of thousands of accidents were blamed on notoriously risk-taking deliverymen in 2017, including scores of deaths, prompting new government safety guidelines.

“It’s now so easy to get food delivered at home, in the office or anywhere within 30 minutes, and in a variety that you can’t get at home,” Lannes said.

Even perennially strong sales of instant noodles dropped three straight years from 2013 to 2016 as food delivery took off, according to state media.

Supermarkets have rushed to offer delivery, and Alibaba in 2015 launched a new grocery chain with online ordering and delivery.

Alibaba and others also have launched initiatives to connect suddenly vulnerable mom-and-pop stores to delivery networks.

“That’s the future. Some of these new apps will help mom-and-pop stores survive,” said Lannes. AB