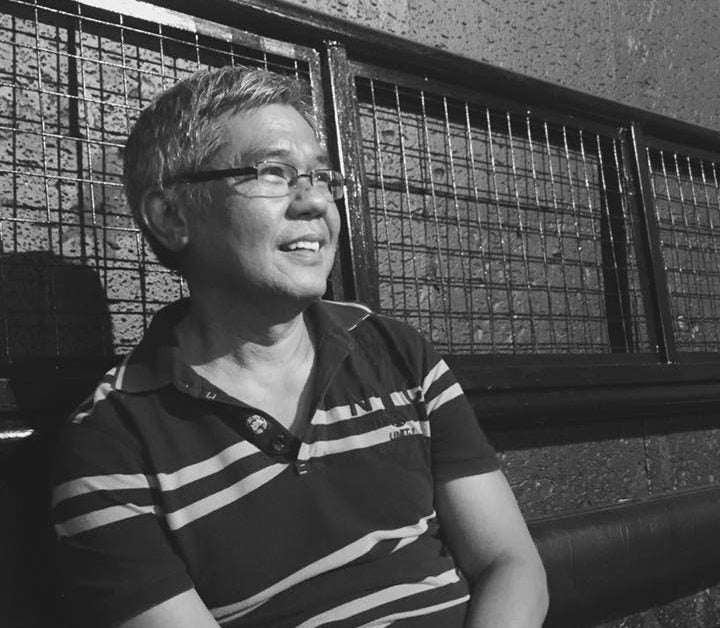 Rody Vera: “Becoming a playwright was partly a conscious choice, and partly a fortuitous one.” —PHOTO BY LIESL BATUCAN

Two new adaptations by Rody Vera will be savored by theater buffs this February.

One is Tanghalang Pilipino’s “Nang Dalawin ng Pag-ibig Si Juan Tamad” at the Cultural Center of the Philippines Little Theater, and the other is “Ang Dalagita’y ’sang Bagay Na Di-Buo,” to be mounted by Dulaang UP at the Wilfrido Ma. Guerrero Theater, University of the Philippines-Diliman.

The first is an adaptation of Nick Joaquin’s “How Love Came to Juan Tamad,” while the second is the Filipino version of Annie Ryan’s stage adaptation of Eimear McBride’s acclaimed novel “A Girl Is a Half-formed Thing,” originally mounted by The Corn Exchange theater company in 2014.

The idea of adapting what Vera calls Joaquin’s “groovy” folktale mash-up came from Bing and Charo Villegas, nieces of the late National Artist for Literature, back in 2015.

“Bing was so excited about doing a musical romp of ‘How Love Came to Juan Tamad,’” recalls Vera. “It’s a wickedly naughty concoction of Nick Joaquin. I hadn’t known about his ‘Tales for Groovy Kids’ series until then. Bing wanted to make a subtly naughty adaptation.”

Another push came when Tanghalang Pilipino artistic director Nanding Josef called and asked him if he could adapt a Joaquin story in time for his centennial commemoration—hopefully one for children. “Immediately, I referred him to Bing and Charo. Nanding wanted a play for young children primarily. And so, I realized I needed to tone down those naughty winks. But, by itself, it’s still such a riotous and very theatrical story.”

“Adapting the Joaquin story for stage required a comedic ‘attitude,’ if that’s even the right way of saying it,” he adds. “The story was written in the ’70s, and coming up with a folktale that clashed with modern pop concepts and images—lawyers representing mountain diwatas, cops and military people attacking Makiling, a male diwata of Laguna de Bay owning an alchemist lab—seemed groovy then! Joaquin had been there and had done that about 40 years ago pa. But I did tweak the last scene—I couldn’t help it.” 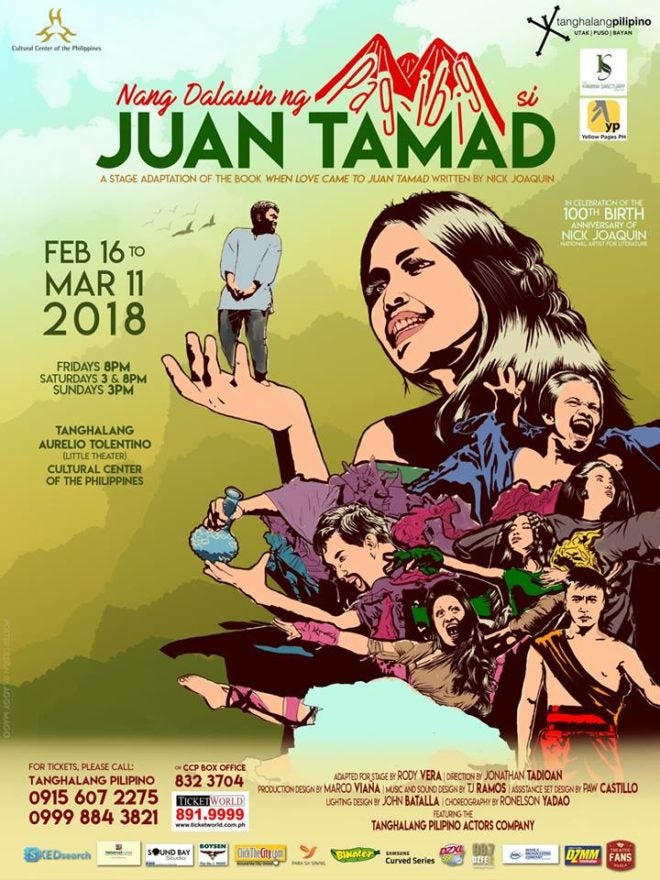 As for McBride’s “A Girl Is a Half-formed Thing,” Vera thought parts of the haunting novel lent itself well to being performed, so a good adaptation was key. “It sounds deceptively simple if I tell you that what Annie Ryan did for the stage adaptation was to use the same exact text of the novel, as if you were watching an abridged version of the book,” he says.

Adapting the material was pitched to him by director José Estrella last year, after their most recent team-up (an adaptation of Goethe’s “Faust,” also for Dulaang UP). He read the play, but it didn’t make much of an impression on him initially.

“I remember asking her (Estrella) why she chose this dark play. But on second reading, the piece began to grow on me. It’s a very intense and harrowing piece. The shifts of character and the language are all so daunting. Translating it was probably one of the more challenging tasks I’ve had to face. José had a couple of dramaturgs and an assistant director take part in the process. We kept discussing online—mistakes I’ve made, misreadings we all made, and eventually agreeing on a final draft even as we still had uncertain understanding about some lines.”

Vera admits adapting is a very complex process. “Even with ‘A Girl,’ I had my misgivings. I remember voicing out my reluctance to adapt the piece to Filipino. We had arrived at some sort of agreement that we would be vague about locating the setting of the play. And that would mean reducing the Irish references of the play, too, making it a bit more generic in that sense. I think what we’ve come up with is both Pinoy but not too local at the same time.” 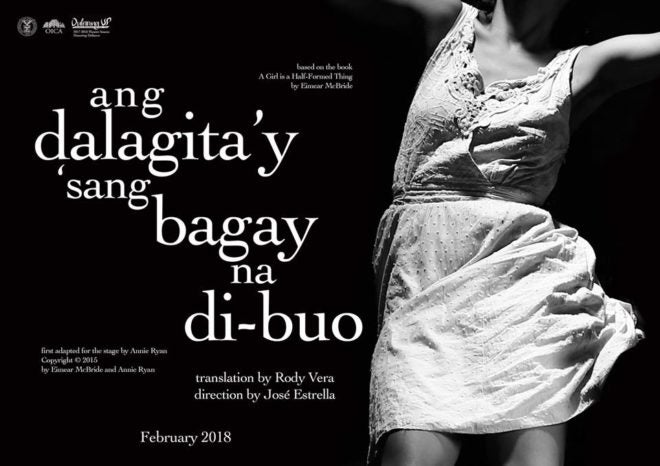 Mounting original works is always a challenge and few playwrights are lucky to have their new works staged, so “this is the reason (former TP artistic director) Herbie Go and I established the Virgin Labfest back in 2005. There is a need to support playwriting in this country,” says Vera, a Palanca Hall of Famer and one of the country’s most honored theater stalwarts.

“Like any other vocation or career, playwriting just falls on your lap and then you grow accustomed to its demands. And eventually, you can’t see any other field you’d love to be into. But it’s a difficult journey. Many times, I’ve asked myself if this was really what I wanted to do. Some more gifted people are ‘natural’ writers. I had to be diligent, determined (despite failures), and, until today, I’m not sure what it really took to make me a playwright.

“I guess, I’d refer to that old joke in a Johnny Hart comic strip about an anteater ruminating why he had to be called an anteater when he could decide to eat something else instead. So, I guess my answer would be: Becoming a playwright was partly a conscious choice, and partly a fortuitous one.” —CONTRIBUTED