It’s about friends and fellowship at this polo playground in the north | Lifestyle.INQ ❮ ❯ 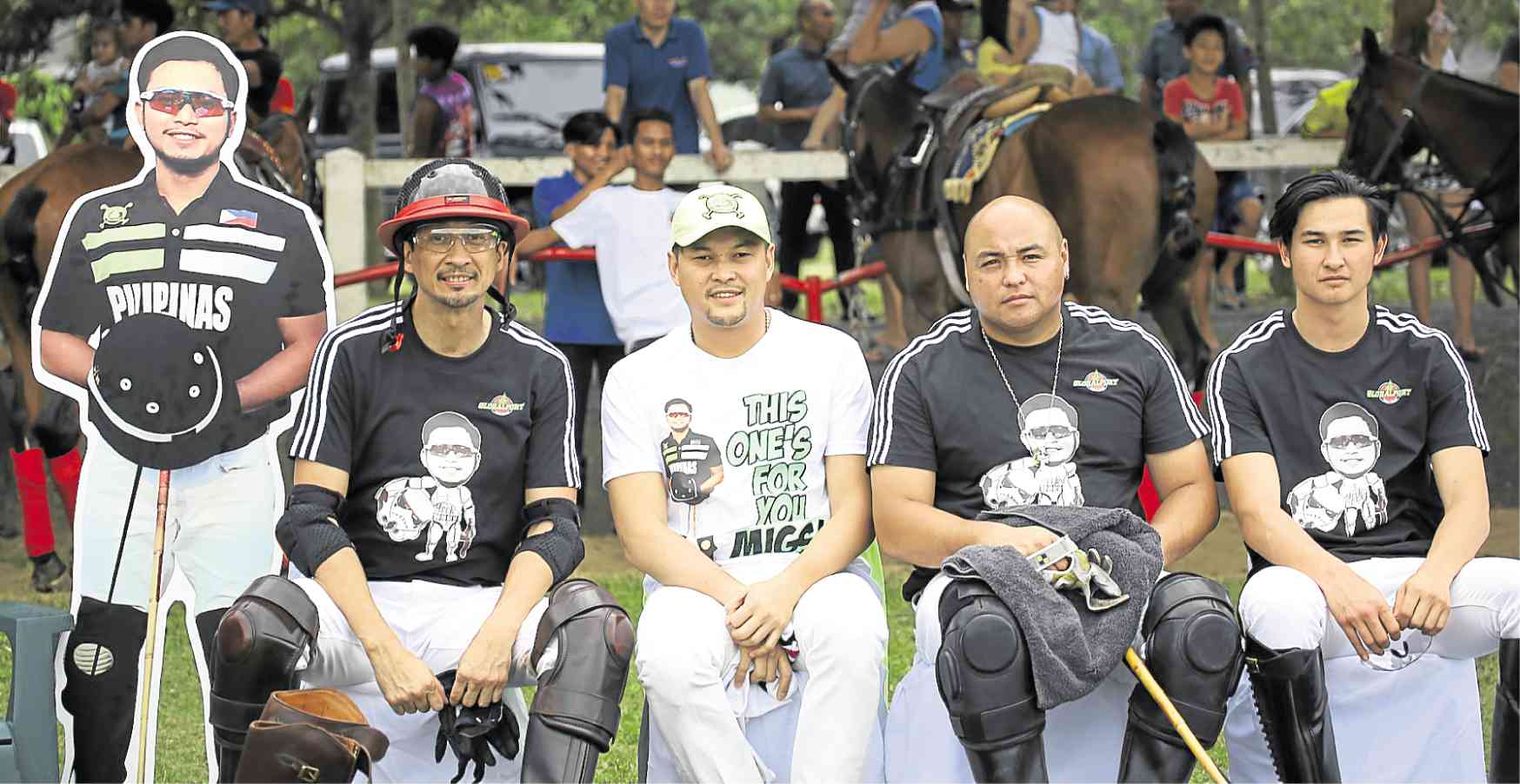 Isabela Vice Gov. Tonypet Albano, Rep. Mikee Romero, Anthony Garcia and Dart Giercke. NPC paid tribute to the late Miguel Romero (in standee at left), for whom the farm was like a second home.

North Polo Club (NPC) is becoming an important venue for polo and equestrian sports. Located at the Big Ben Farm in Pulilan, Bulacan, it is home to mallet-wielding businessmen, politicians, expatriates and celebrities.

They play for the love of the sport and enjoy the hospitality of lawyer-businessman and polo patron Pacifico “Jun” Eusebio Jr. and his family. The Dr. Paquito Eusebio Polo Field was named in honor of his father.
Actor Diether Ocampo recently hosted a polo event called Cockatoo Cup, a nod to the birds of Big Ben Farm.

The place has a relaxing atmosphere. “Good company and meeting great people of Bulacan are a great bonus. Polo is getting more exciting with more games. We are focused on developing NPC so they can enjoy,” Ocampo said.

Eusebio formed the NPC to promote polo in the Philippines and make it accessible to more players and aspirants.

“This is not a membership club, but a friendship club. It’s for those who are willing to learn and play polo. People welcome you with a smile,” he said.

There are no exorbitant monthly fees. Players bring their horses and play for free. Regular players who board horses at NPC stables pay a modest fee. Expatriates can lease horses. Players enjoy free merienda during practice games.

To give more opportunities to more players, the games are a round-robin match of three teams. Unlike other polo events which consist of two games, NPC opened a third game for beginners to test their skills.

“Mounting three games means there are at least 10 new players. That’s unheard of in other clubs. Usually, only two to three new players crop up in a year,” said Lope “Jun” Juban Jr.

Isabela Vice Gov. Antonio “Tonypet” Albano started playing three years ago at age 49 in NPC. Four months into the game, he scored three goals at the Tomlinson Cup in Malaysia. He’s been lucky playing with the winningest teams at NPC.

Australia-based equestrian Michelle Cojuangco Barrera scored two goals in her first game after eight days of learning polo. A show jumper, she has won a couple of awards in the World Cup in Asia-Pacific. She comes to Manila to train equestrians.

Asked why she’d come up all the way from Makati to NPC, she attributed it to her exposure to the ranch life in Australia. “I’m very sensitive to horses and their well-being,” she said. “I find it unfair to keep horses in stables every day. Here, I get the best of both worlds. I have a big open space where I feel I can escape. It’s my slice of paradise. The horses can be free here in the fields.”

Marina Rose Best, advisor at the Asian Development Bank, drives up to Pulilan four times a week. A newbie, she has been getting noticed for her assertive spirit.

Calatagan Vice Mayor Andrea del Rosario, one of the powerful players in the new batch, was trained by professional five-goaler Anthony Garcia.

More than 10 years ago, Eusebio, Juban and other polo veterans such as Jun Beltran, Jim Donovan and Sonny and Freddie Borromeo formed a group called “indies” or independent horse owners. Due to the exorbitant cost of polo, other players need to be “mounted” or supported by polo patrons. The indies are individuals who can financially maintain their sport. Later on, newer players such as politician-businessman Michael “Mikee” Romero and Albano joined the group.

The Eusebios are the only polo-playing family in the Philippines. Eusebio’s children—Nicole, Benjamin or Jam, Marisue and Daniella—belong to the new breed of players.

“The Eusebio girls are strong and competitive players. They don’t ask for anything. They compete with the men and play up there with them. Jam plays in the high goal. He’s got the skill level and understands the game,” said Jack Clark Jr., former player and polo annotator.

Family friend and entrepreneur Jude Cue of Conluck Infinity Industrial has a string of horses in NPC’s stables. His sons, Finnegan, Sebastian and Christopher, have been trained by Benjamin. 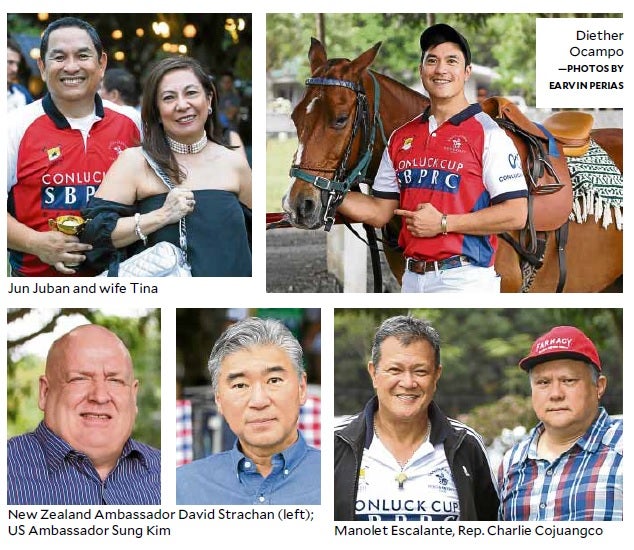 The low goal match consisted of two teams with five players instead of four to give chances to others. The White Team, which included Barrera, Christopher Cue, Miguel Ostwani, Alexander Vogl and trainer Reggie Reyes, won, 4-2. 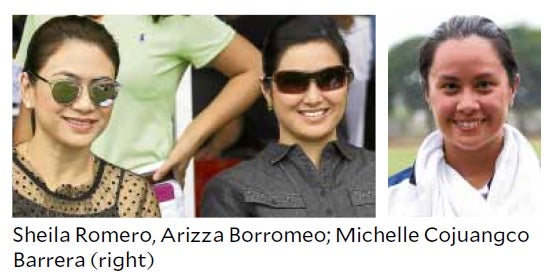