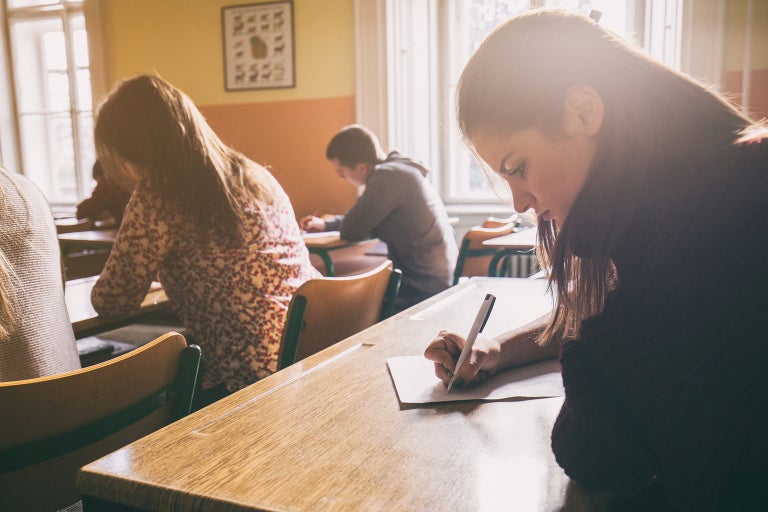 Although many parents may be worried that the rise of social media is distracting children from their studies, new European research suggests that using sites such as Snapchat, Facebook or Instagram has a minimal effect on academic performance.

Carried out by researchers from the University of Bamberg, Germany, the new study set out to clarify whether social media does in fact have a negative impact on school grades, looking at 59 studies that included more than 30,000 young people worldwide.

“There are several contradictory single studies on this subject and this has made it difficult previously to properly assess all results,” explained co-author Caroline Marker. Although some studies report that social media has a negative impact on school performance, others show a positive influence, while some have failed to find any relationship at all.

In the new review the team found that as they had expected, students who used social media intensively to communicate to their peers about school-related topics actually tended to have slightly higher, not lower grades.

In addition, they found that those who were particularly active on social media did not spend less time studying.

However, those who used social networking sites very frequently, regularly post messages and photos, did have slightly lower grades, although the team stressed that the negative effect, is very small.

Those who used social media while studying or doing homework also had slightly worse grades than students who didn’t use the sites, possibly because this form of multi-tasking distracted students from their work.

Commenting on whether social media could be causing the slight decrease in grades, or whether students who already have lower grades are more easily drawn to the distraction of social media, co-author Professor Markus Appel said, “We cannot answer this question. Both directions of cause and effect are possible, but they are not very pronounced.”

He concluded, “Concerns regarding the allegedly disastrous consequences of social networking sites on school performance are unfounded.”

“Nevertheless, parents should take an interest in what their kids are doing on social media, know the social networks and be willing to understand the usage patterns,” he continued. “The more open-minded parents are with respect to their children’s online activities, the better they will be able to communicate with them.”

The findings also come just weeks after a study of more than 1.1 million U.S. teens found that those who spend a large amount of time on their smartphone, for example using social media or texting friends, are more likely to be unhappy than those who spend time doing non-screen activities such as sports, reading newspapers and magazines, and face-to-face social interaction.

However, the team also found that those who spent a small amount of time in front of a screen were actually the happiest, and now recommend limiting use to no more than two hours a day.

The German study can be found published online in the journal Educational Psychology Review. JB

Could the Swedish trend of ‘plogging’ help you get fit in 2018?