Gucci and Elton John–how can you lose? | Lifestyle.INQ ❮ ❯ 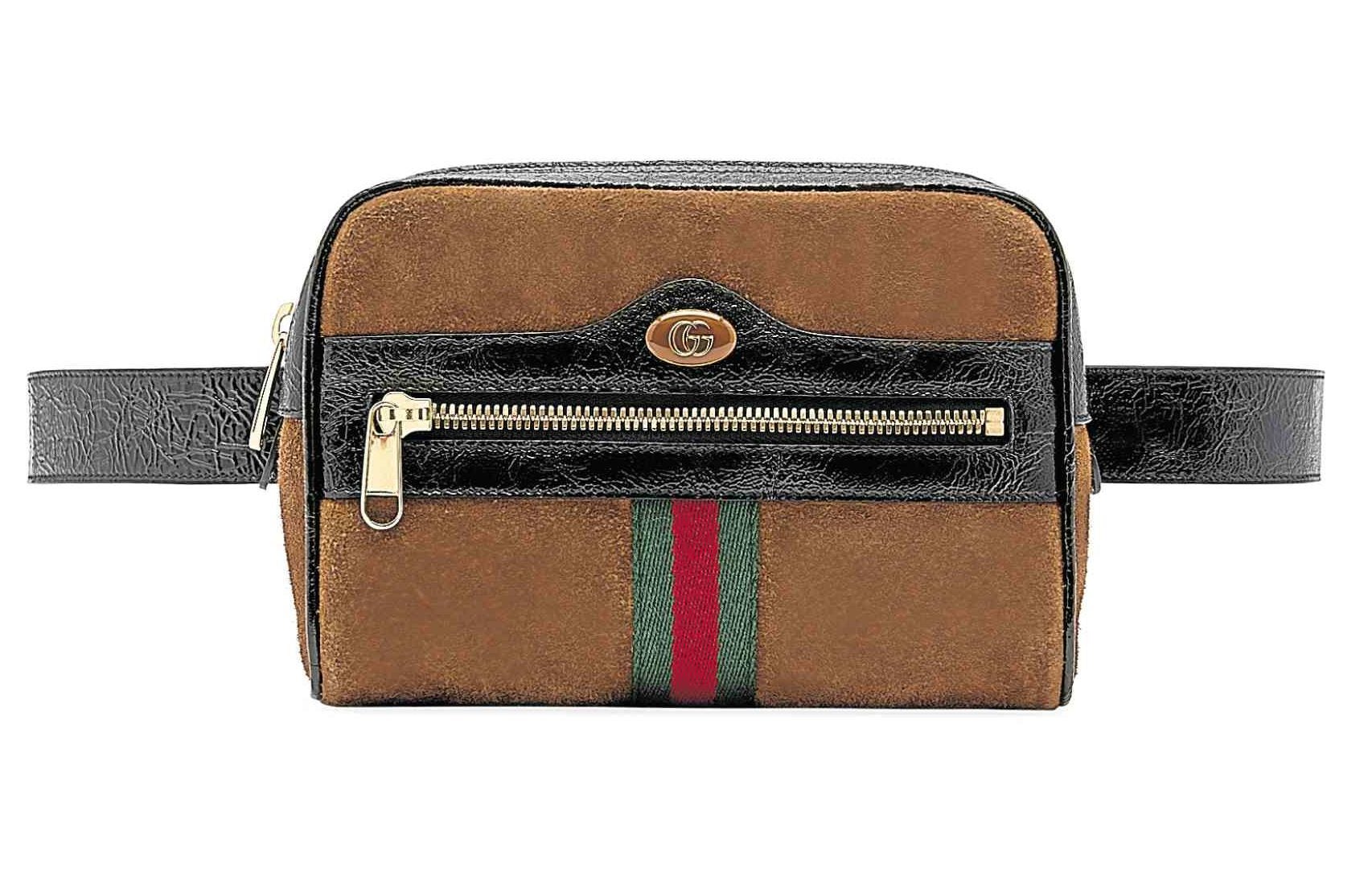 Gucci and Elton John–how can you lose?

Ice skaters, Disney, Sega and the costume archive of music icon Elton John are among the mixed bag of references for Gucci’s Spring-Summer 2018.

Given the phenomenal hit of his still relatively short tenure at Gucci, it’s easy to predict just how fans would once again lap up Michele’s new season’s collection, however atypical and convoluted his references might be.

Having captured the global zeitgeist, Gucci with Michele at its creative helm must be the envy of every fashion house at the moment, with the brand consistently reporting revenue increase each year.

In the past few seasons, Gucci has shod every fashionable feet in its now much-copied Princetown loafer mules, and has made toting a logo bag cool again.

Gucci has also made consumers clamoring for its cotton logo T-shirt, retailing for up to P50,000 a pop.

Michele pays homage to Elton John’s costume archive from the 1970s and ’80s, with a good portion of the runway looks a nod to the musician’s outré onstage wardrobe by Bob Mackie—the celebrated designer who has also made costumes for the likes of Cher, Diana Ross, Tina Turner, Bette Midler and Liza Minnelli.

The musician and Michele are each other’s fan, which earned the designer an invite to visit John’s wardrobe archive. Michele returned the favor by devoting a section of the spring collection in John’s honor, with a special spangled blue “Gucci Elton John” label on the pieces. (Early this year, the 70-year-old British singer announced Gucci would be creating the wardrobe for his three-year farewell tour, which begins in September.)

But what’s there for customers who have no predilection for the outlandish?

Michele underscores again his brand of modernity by mining nostalgic references for the accessories, remixing and reworking them for today’s consumer.

The Guccy—take note, it’s the old spelling of the brand, and also a dig at counterfeits—print shoulder bag, rendered in Sega’s graphic font and another nod to the ’80s, will also make a fine addition to the bag lover’s rotation this season. The same print comes in a portfolio style for both men and women.
A kooky new addition is the Gucci Goma shopper, a utilitarian logo-embossed tote made of rubber reminiscent of vintage beach bags.

For shoes, the beloved Gucci mules are reincarnated in GG logo woven velvet slippers with crystal trim, and a fur-trimmed option for men. There’s also a new fringe Horsebit slide for both men and women.

Gucci eyewear for the summer is all about Elton John, with quirky shapes and colored lenses, of quasi-futuristic inspirations. 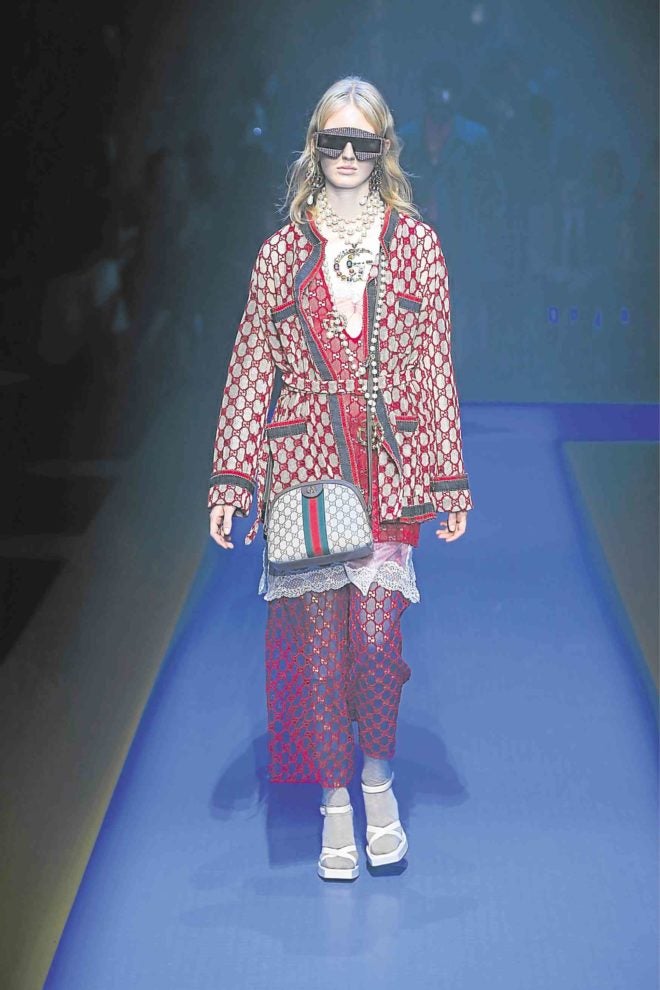 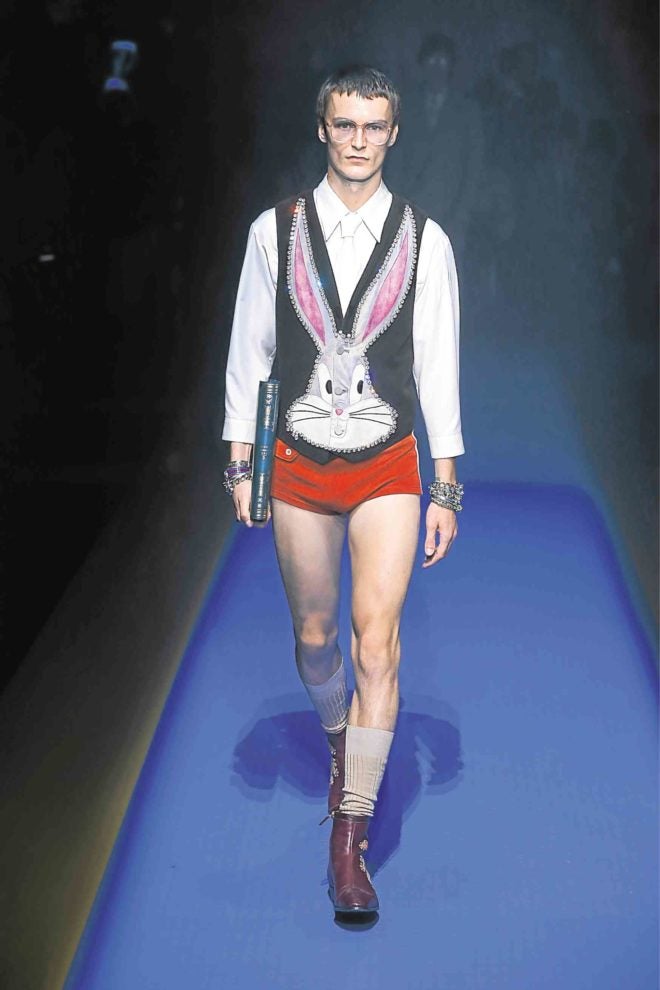 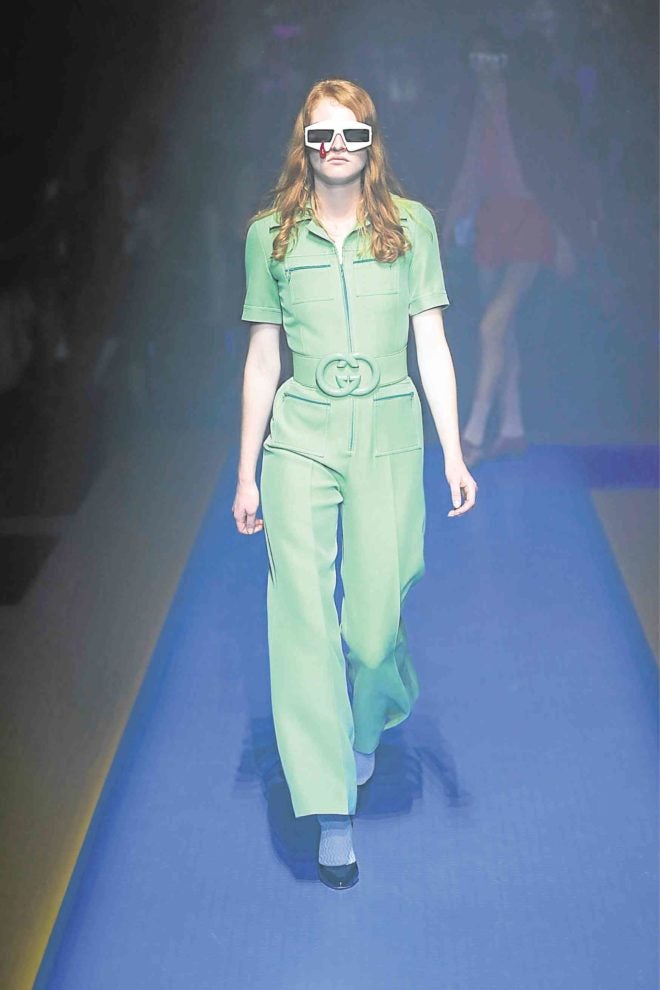