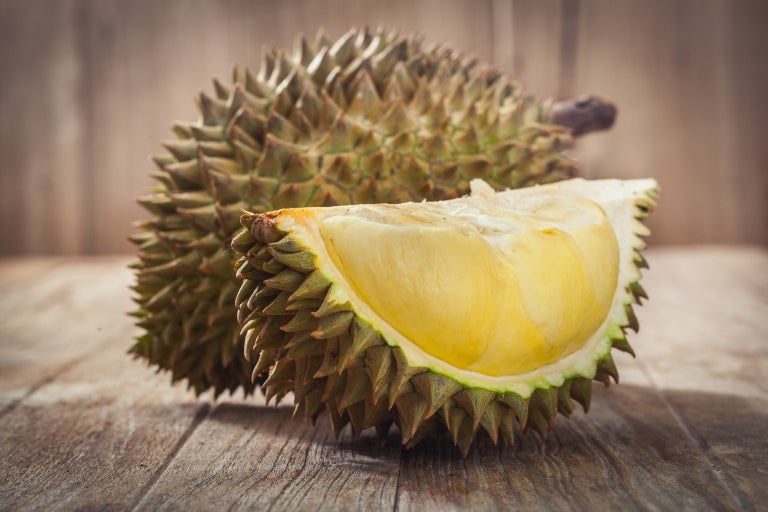 The world’s stinkiest fruit, whose odor has been compared to gym socks and sewage, is getting a festival thrown in its honor in Melbourne.

When the Durian Feast sets up shop this weekend, odds are high that festival-goers will quite literally smell it from a mile away; so pungent is the fruit, it’s banned in hotels, subways, buses and airports across parts of Southeast Asia where it’s most popular.

The flesh itself is a creamy custard-like pulp that tastes of nuts, vanilla, ripe cheese, bananas, garlic, caramel, and onions all at once.

For the former camp, the Durian Feast will celebrate the fruit at an event that coincides with the Lantern Festival which marks the first full moon of the lunar new year and closes out Chinese New Year.

Instead of eating the fruit in secret, fans will be able to indulge their durian cravings out in the open, far from disapproving eyes.

At the festival, durian will be showcased in Chinese barbecue, cakes and other desserts.