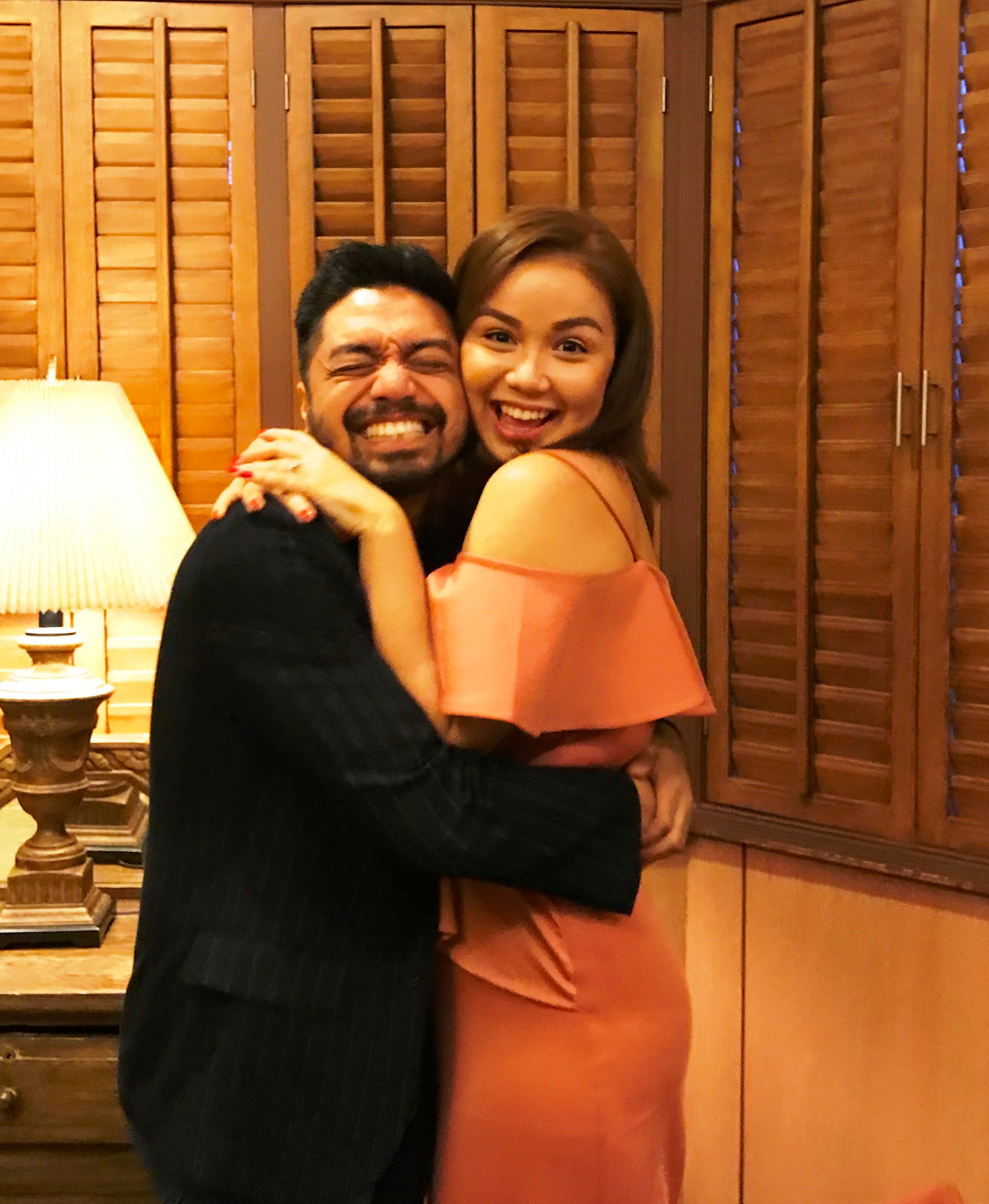 Nyoy Volante played a flamboyant drag queen in last year’s staging of the acclaimed “Kinky Boots” musical. As Lola (aka Simon), he sashayed onstage in sequins and six-inch heels, complete with big hair and full-on makeup done by his wife—performer Mikkie Bradshaw-Volante.

Now “Kinky Boots” is back on a rerun until March 18 at Carlos P. Romulo Auditorium in RCBC Plaza, Makati City, and Mikkie has joined her husband as a member of the cast.

“Kinky Boots” is the musical adaptation of the 2005 British film of the same title inspired by real-life events. With book by Harvey Fierstein and music and lyrics by pop icon Cyndi Lauper, the show is a recipient of several Tony Awards, including Best Musical. In 2017, Atlantis Theatrical Entertainment Group staged its first run in Manila.

It is the colorful story of Lola, on a constant search for sturdy stilettos for his cabaret gigs, who meets Charlie Price (Laurence Mossman), the reluctant head of a family’s shoe factory on the brink of bankruptcy. Their unlikely friendship, with the help of Lola’s squad called “Angels,” eventually saves the company.

As Nyoy’s makeup artist, Mikkie was watching the show so often during the first run that “whether intentionally or not,” she learned the role of Lauren, the factory worker who became Charlie’s lover, first played by Yanah Laurel.

For the second run, Laurel couldn’t make it since she’s also doing the rerun of “Chitty Chitty Bang Bang” at Resorts World Manila. So, over one lunch with the Volantes, their wedding ninong and “Kinky Boots” director Bobby Garcia casually assigned Mikkie to play Lauren.

Now that the real-life married couple are working together in “Kinky Boots,” can we expect a kinkier show?

“It is more exciting,” Nyoy says. “I was able to look back and focus on the nuances… I knew I had to improve the comedy and musicality, and the dancing—which is a challenge because it’s with the G-Force!”

“The G-Force dancers are phenomenal performers, and Lola has to be better than them because he is the mama san,” Mikkie adds. “The choreography by Cecile Martinez made us non-dancers look like we know what we are doing.”

The Volantes have been together for almost six years; they were working together in musicals even before they began dating. Now they constantly give each other constructive feedback, and are are also openly nitpick-y—Mikkie mostly, who says she helps her husband by “fine-tuning his intonations, since there are certain stresses on words when performing in English.”

“It’s nice to have an extra set of eyes and ears. Bobby would even look at me and ask: ‘You know what he did wrong, right? Fix it,’” she says, laughing.

“English is her thing; foreigner eh,” Nyoy says in jest.

Their 8-year-old daughter Sophie is also excited for this “Kinky Boots” rerun. She is home-schooled, and also doing a bit of acting as part of the “Chitty” ensemble.

The mom says their kid was quite shy before, but after two theater workshops, Sophie now has her own dress-up corner at home complete with wigs, and even came in drag and in heels during the “Kinky Boots” opening last year.

Sophie also has a very specific request, Mikkie adds: “She wants us to adopt an older gay black brother—practically a young Lola.”

“We raised her to be very open-minded,” Nyoy explains. “She knows about the LGBT (Lesbian, Gay, Bisexual, Transgender) community, which I was initially scared of misrepresenting, but now I am more comfortable.”

Other than Mikkie, the rerun features the same cast, same costumes and same message.

“‘Kinky Boots’ has a lot of heart; it is not just about glitter or lashes and heels and wigs,” Mikkie says. “Maybe that’s what’s been lacking in telling the LGBT story; they’re often seen as performers and showgirls, but there are people behind all the contour and makeup, and I think the show—and Nyoy—really present that well.”