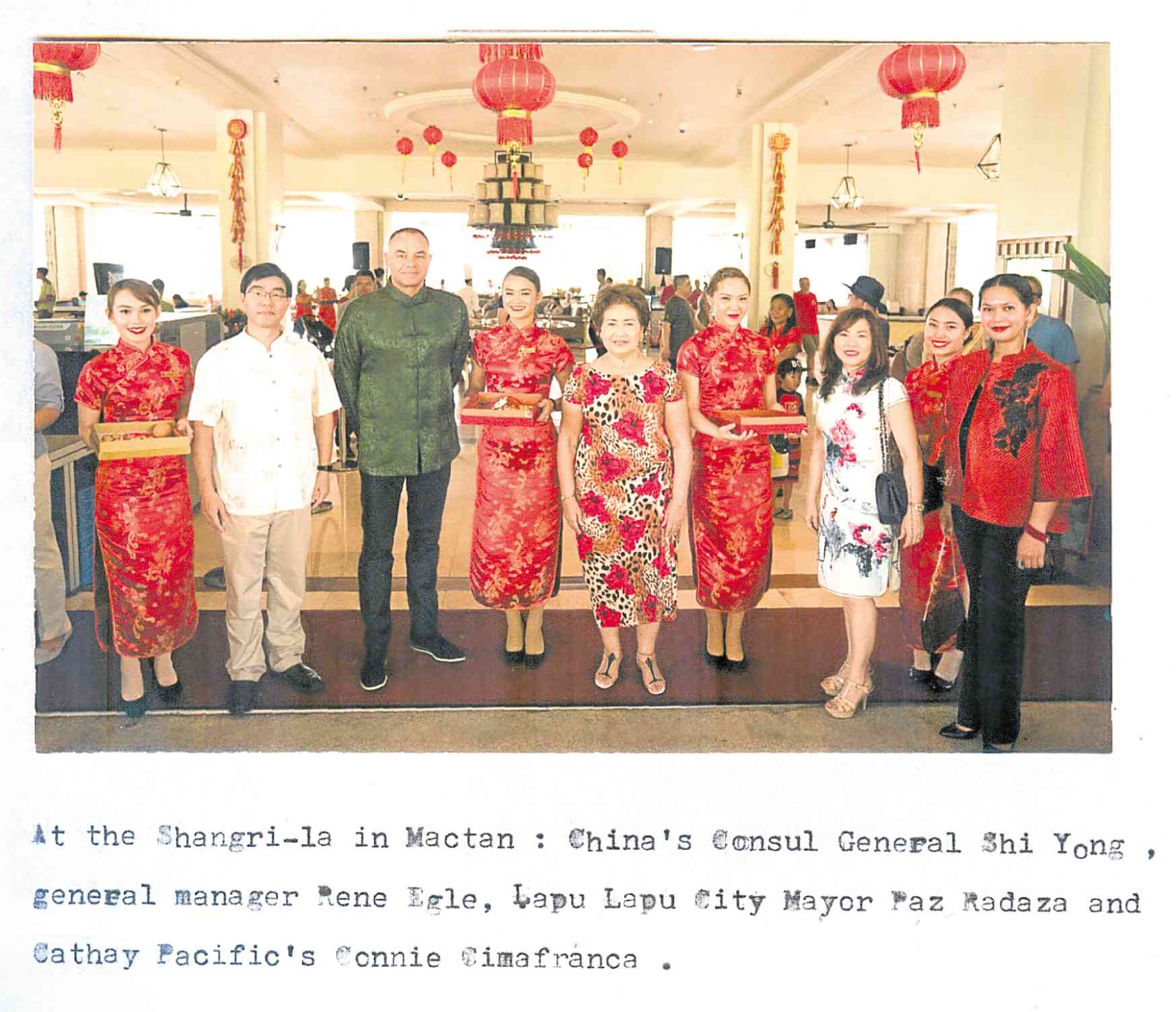 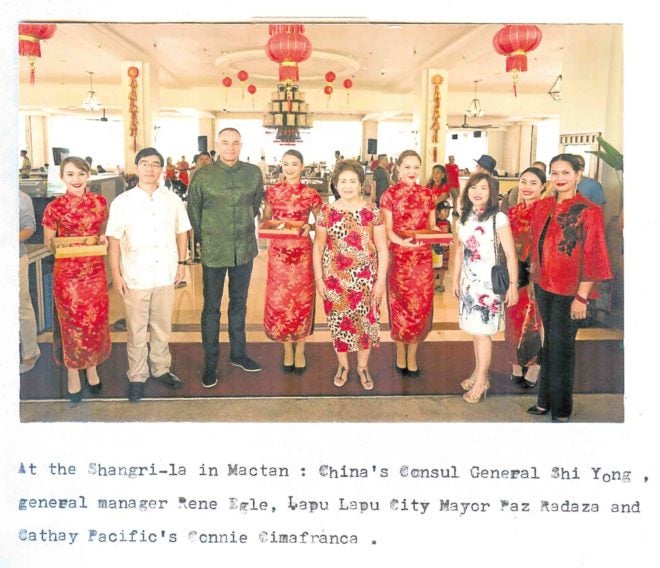 Consul General Shi Yong of the People’s Republic of China hosted a large reception on Feb. 8 at the grand ballroom of the Marco Polo Plaza Hotel. It was to usher in the spring festival, prelude to the observance of the Chinese Lunar New Year.

The event gathered many prominent guests from Cebu as well as Bacolod and Iloilo. In his words of welcome, Shi stressed the importance of the current friendly relations between his country and the Philippines. For one thing, there has been a significant increase in the number of tourists from China coming to Cebu.

Several weeks after the reception, there came to Cebu a cultural group of acrobats, singers and dancers that performed to a big crowd at the ballroom of the Waterfront Cebu City Hotel and Casino.

On the evening of Feb. 15, the Marco Polo Plaza Hotel held its traditional celebration of the Chinese New Year at the hotel’s foyer, which was decorated with myriad red and gold miniature lanterns. 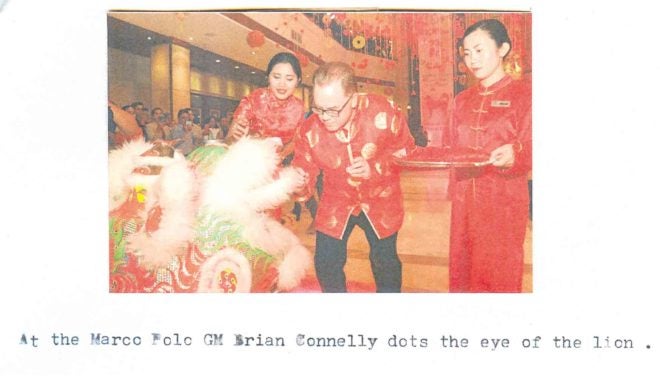 There were firecrackers galore, and the attendant clanger as the dragon dance whirled about the lobby. Cymbals also blasted throughout the eye-dotting of the lion by Connelly. Next morning, the ceremonies were repeated.

The occasion served to launch a four-day culinary festival of Chinese cuisine at the hotel’s Café Marco for lunch and dinner. It drew the weekend crowd.

Work is about to start on a grand Chinese restaurant which the Marco Polo intends to open before the year is over. It will specialize in Cantonese cuisine, said Connelly.

Over at the Shangri-La’s Mactan Resort and Spa, the Chinese New Year was welcomed on the day itself, Feb. 16, at the most auspicious hour of 10:18 a.m. Once more, the guest of honor was Shi Yong.

Doing the honors were Lapu-Lapu City Mayor Paz Radaza; the resort’s general manager Rene Egle and his beautiful wife Nelly who is from Shanghai; the hotel’s director of sales and marketing Myra Regner; and communications director Cassandra Cuevas.

They led the VIP guests to the Tea of Spring Chinese restaurant where an elaborate eight-course luncheon was served. Chef Bun Boon Hoe was much applauded for the exquisite dishes served.

A belated celebration of the Chinese New Year was the Arts Council’s trustees dinner with a Chinese theme, hosted by Elvira Luym, Vivina Yrastorza and Allen Tan at Luym’s scenic home in Maria Luisa Estate Park.

Taken up was the forthcoming piano recital titled “The Great Romantics,” featuring internationally awarded Rudolf Golez, on March 15, 7 p.m., at the auditorium of the Marcelo Fernan Press Center.

The recital opens with the Beethoven Sonata in C Major Opus 53 (Waldstein). Then come three preludes by Rachmaninoff. The Brahms Sonata in F minor Opus 5 will serve as the finale.

Pianist Rudolf Golez is the son of Dr. Joe Golez and Dr. Rafaelita Pelaez, who heads the Liceo de Cagayan University. She was Rudolf’s first teacher when he was a little boy.

As he progressed, he studied with Sister Lourdes Allegado, RVN, who prepared him for his premier piano recital in Cagayan de Oro’s Lourdes College, after he had lessons with her.

At the age of 11, Golez performed at the Coconut Palace for then first lady Imelda Marcos.

He went on to study at Juilliard in New York under Seymour Lipkin when he was 13.

At 17, he made his orchestral debut with the Manila Chamber Orchestra, conducted by professor Sergio Esmilla. He further studied in Graz, Austria, and graduated with the degree of Master in Music from the University of the Philippines in Diliman.

He is now vice president for cultural affairs at Liceo de Cagayan University and teaches in the school’s conservatory of music. He plays in recitals held at the University, Rodelsa Hall, equipped as it is with a grand piano. The hall is named after his doting maternal grandparents, Rudolfo and Elsa Pelaez.