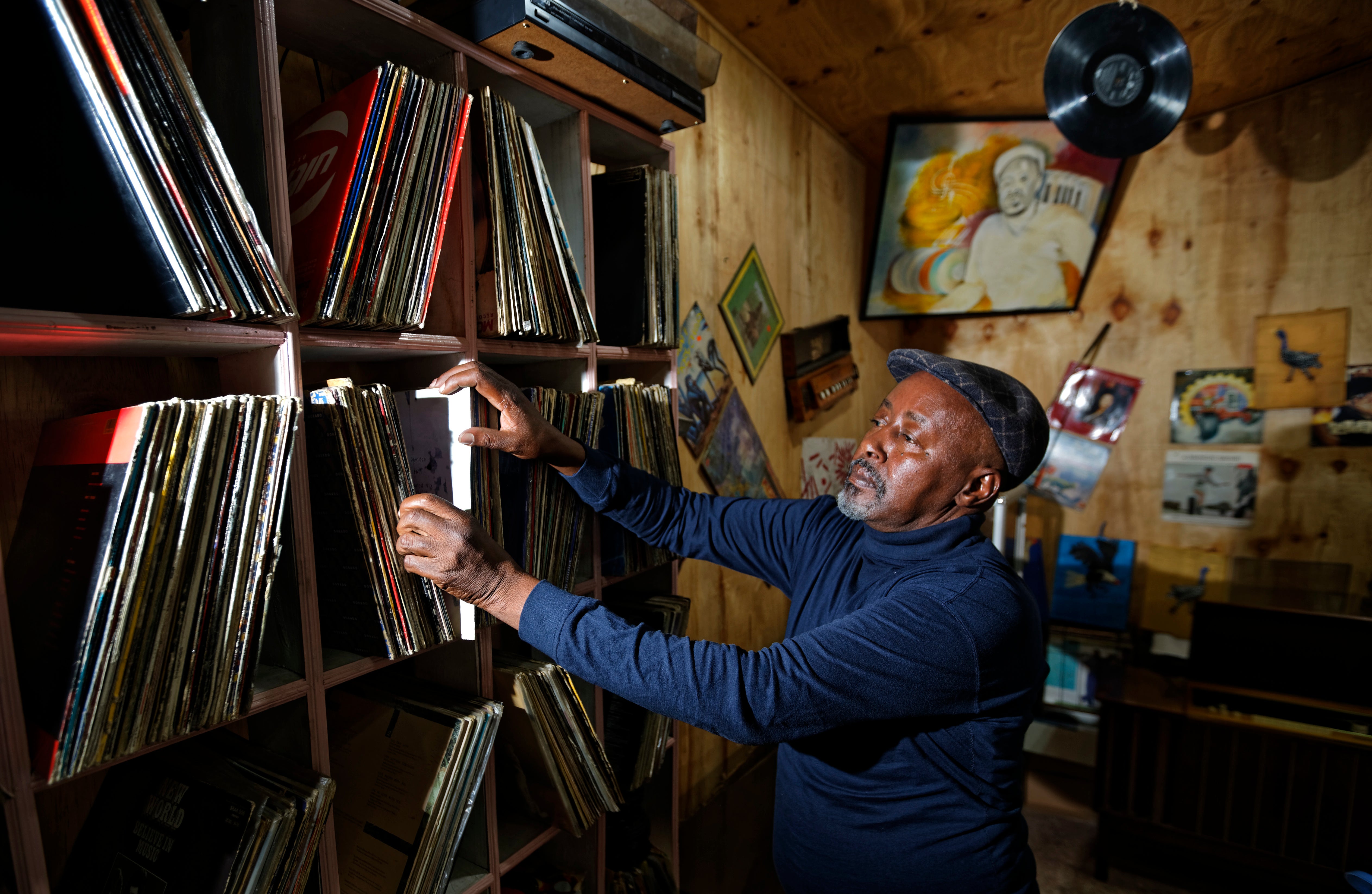 In this photo taken Thursday, March 1, 2018, James "Jimmy" Rugami looks through records inside his vinyl records stall in Kenyatta Market in Nairobi, Kenya. Tucked into a busy market in Kenya's capital is "Real Vinyl Guru", arguably the last record store still in operation in the country and which now enjoys the growing interest of music lovers who want to look beyond sleek digital offerings and return to the pleasure of browsing for a classic find. Image: AP/Ben Curtis

“Real Vinyl Guru” has been open for 28 years and now enjoys the growing interest of music lovers who want to look beyond sleek digital offerings and return to the pleasure of browsing for a classic African vinyl find.

Former disc jockey James “Jimmy” Rugami is at his shop every morning as early as 6, sorting through his latest discoveries. While many record shops closed in music’s shift to digital and with the rise of piracy, he patiently held on and collected the stock of closing stores.

His love of vinyl has seen his collection grow into the thousands and earned him the nickname “Mr. Records”.

“Every time I knew somebody is closing down and he has records, I couldn’t stop the urge to buy one, including even crossing borders,” he said.

Hundreds of collectors now flock to his store in Nairobi, and he has won attention from fellow vinyl fans overseas.

The producers of the Grammy-nominated Somali album “Sweet as Broken Dates: Lost Somali Tapes from the Horn of Africa”, culled from popular music of the 1970s and 1980s, gifted him a copy.

“This is it,” Rugami said, smiling as he pulled the record from his collection.

Neighboring Somalia has been chaotic since dictator Siad Barre was overthrown in 1991, and the al-Qaida-linked al-Shabab extremist group now carries out frequent attacks, even crossing into northern Kenya.

“Something good coming from Somalia, a country that has been in turmoil in all those years and discovered by somebody. But too bad it was foreigners and they actually had an ear to know this is good sound,” Rugami said. “Well, it’s good.”

His customers now include tourists on the hunt for other gems of African music.

The shop’s popularity after years of dire predictions about vinyl means that Rugami now can afford to employ five staffers.

“It is not once or twice I have been labelled insane, very many times,” he said. “Guys actually ask me, ‘That was like 10 years ago, what are you doing with this kind of whatever, we are moving forward but you are moving downwards, what’s the reason?’