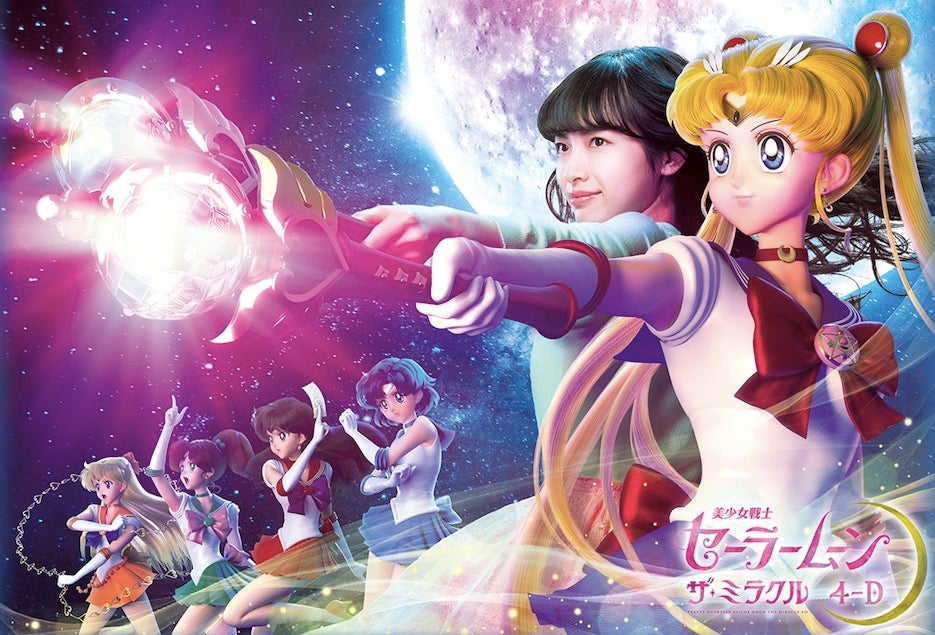 The campaign for the new attraction will begin on March 16 and run until June 24. According to the campaign page, there will also be a lottery for the “Sailor Moon: The Miracle 4D” film.

This lottery will be done through a Twitter campaign where interested visitors need to retweet a post from Universal Studios Japan. At the lottery’s conclusion, five pairs of people will be chosen to watch “Sailor Moon: The Miracle 4D” for free on April 29.

Visitors who want to watch the 4D film can get a Sailor Moon Special Express Pass for 4,400 yen (about P2,100), which includes a meet-and-greet portion with Tuxedo Mask, a “Luna P Ball” ramune candy case and a photo op with Sailor Moon.

Watch trailer below for a sneak peak at what the sailor soldiers will be fighting in the 20-minute 4D film.

There will also be Sailor Moon-related merchandise for sale like the Cutie Universal Rod,