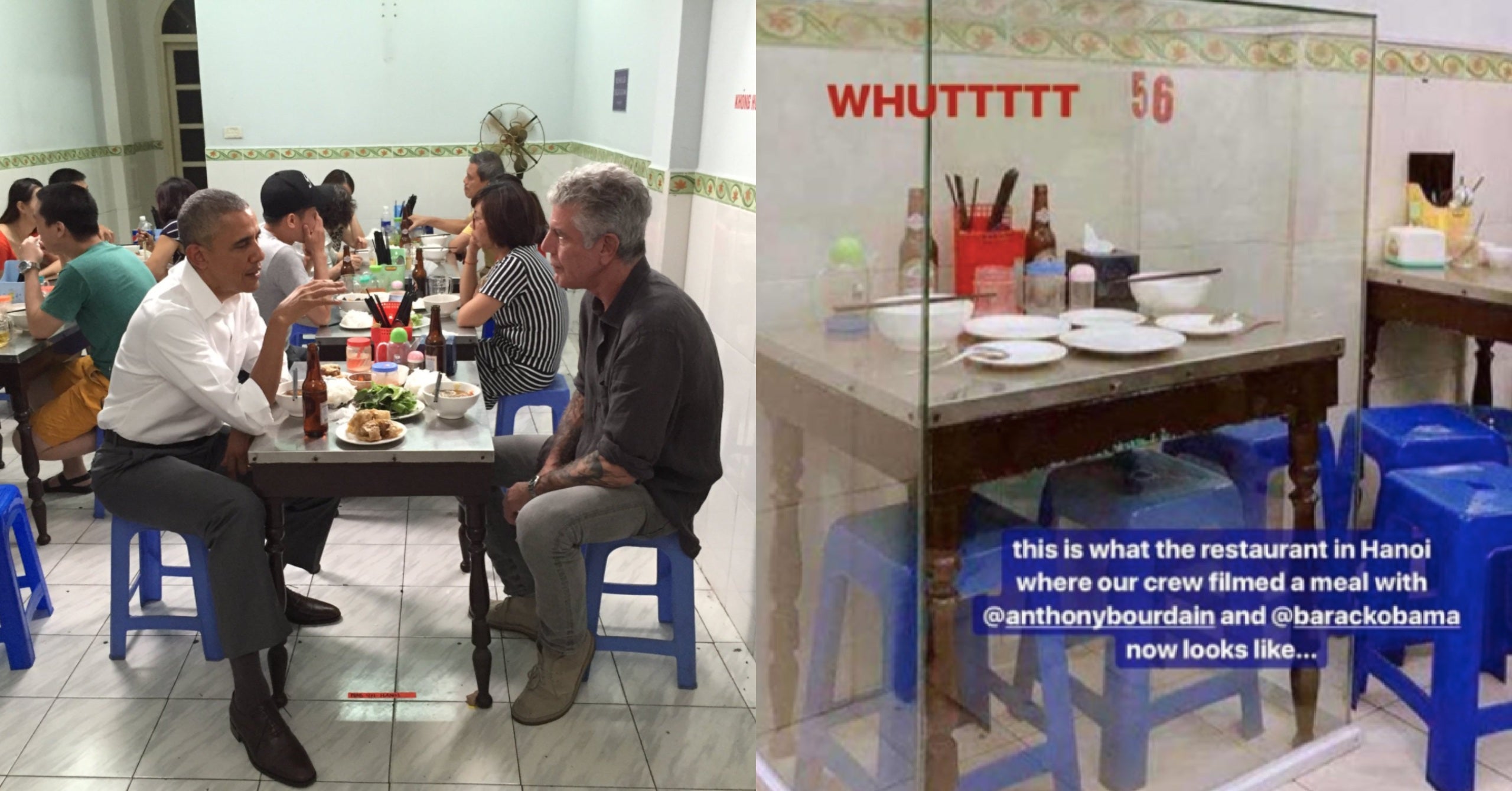 Tourists who’ve traveled to Hanoi to eat at the same spot where former US President Barack Obama and chef Anthony Bourdain famously sat are in for some disappointment.

The restaurant in the Vietnamese capital where the two personalities had dinner in 2016 has sealed their table and chairs in a glass case.

One of the crew members who filmed them snapped the restaurant’s display—even the dishes and bottles of beer that they used are preserved in the glass container.

Bourdain shared this on his Instagram account with the caption, “Not sure how I feel about this.”

According to Bourdain, Obama was skillful with the chopsticks and had a second serving.

The former President was then on an official visit, while Bourdain was filming for his food travelogue “Parts Unknown.”