Could 'Graphene' result in a damage-free way to dye hair? | Lifestyle.INQ ❮ ❯ 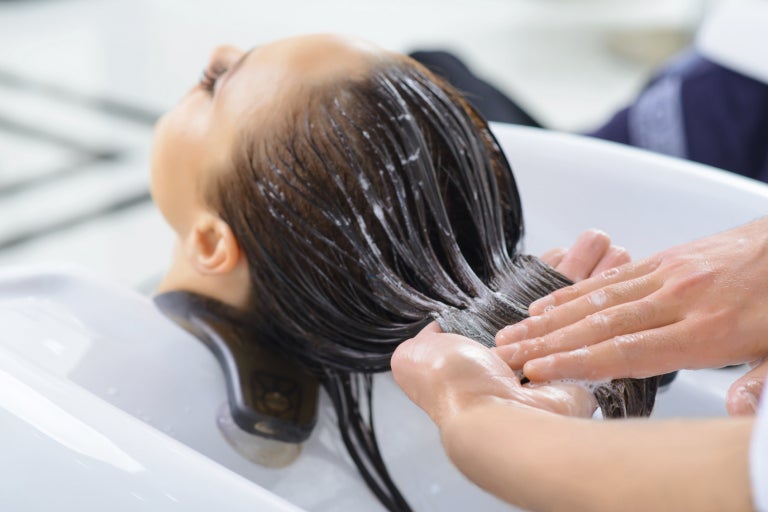 Could ‘Graphene’ result in a damage-free way to dye hair?

There’s nothing quite like a hair color transformation to put a new spring in your beauty step, but the fact remains that all that dye can take its toll on your locks. However, a materials scientist may have come up with a potential solution.

Jiaxing Huang and his team of researchers at Northwestern University recently published a report suggesting that a material called Graphene could double up as a hair dye, offering a safer alternative to the current chemical options on the market, Refinery29 reports. What’s more, the material contains anti-static and anti-bacterial properties, meaning Graphene users might not have to wash their hair so often.

According to the report, which has been published in the journal Chem, Graphene can be used to darken light colored hair via an application process that involves spraying, brushing and then drying the hair. The “dye” typically lasted around 30 washes in tests, with the report concluding that it could even be suitable for creating ‘ombre’ styles.

While the discovery is exciting, there’s no saying when (or even if) Graphene will make it to a beauty isle near you. But natural haircare solutions are becoming increasingly mainstream, as illustrated last December, when cosmetics giant L’Oreal announced the launch of its first-ever vegan and plant-based hair color line, Botanea. JB