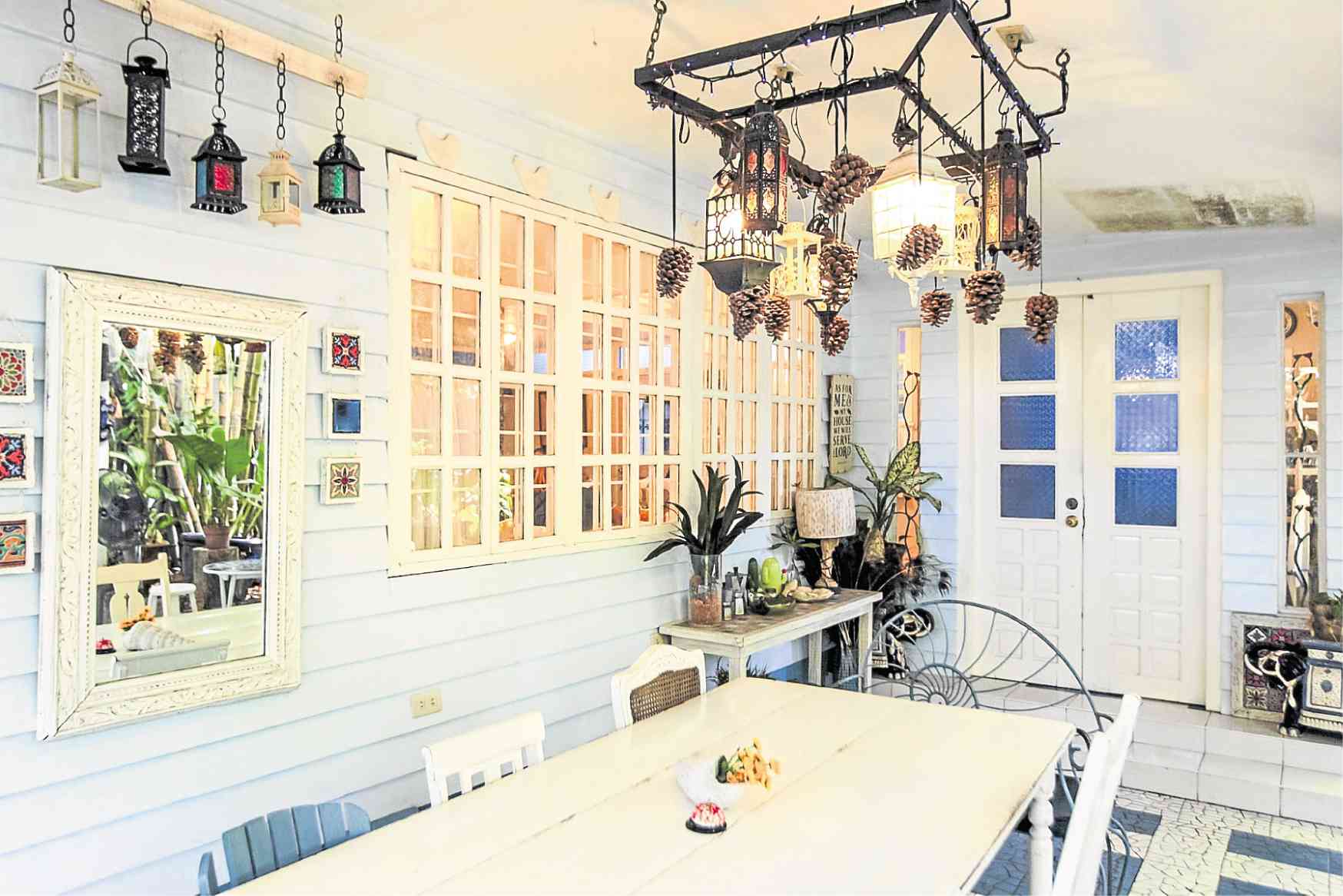 RusticMornings by Isabelo has a homey, urban chic. This room for private dinners, functions used to be the living room of a family member. —PHOTOS BY LEOM. SABANGAN II

Why Marikina has become an all-day breakfast destination

By now it’s well-known that Rustic Mornings by Isabelo is one of Marikina City’s culinary pride and joy—the restaurant has been drawing positive reviews since it opened as a private, by-reservation-only dinner place and expanded to a breakfast destination, the “breakfast” serving turning into an all-day service.

It has been chosen by Spot.ph as the best breakfast place for four consecutive years. Its breakfast waffle has been picked as the best in Metro Manila.

Rustic Mornings has also become a top venue for intimate garden weddings, wedding proposals, lovers’ getaway, big family and friends’ get-together, and even for those begging for breathing space.

Located along a narrow alley on Isabelo Mendoza Street in Barangay San Roque, away from the urban bedlam, Rustic Mornings opens up to a bright, casual al fresco dining area, with the most-coveted nook in the house, the gazebo.

The relaxed seating outside is enjoyed with the breeze and the chirping of birds, such air of class and tranquillity a rarity in Metro Manila.

The air-conditioned Blue and White Room is a chic backdrop for the comfort food fare of Beef Tapa, Pork Tocino and Ilocos Bagnet to Three-Cheese Pizza, Truffled Mushroom Cream Pasta and Chicken Fricasse.

Portia Dee Baluyot, the woman behind Rustic Mornings, makes sure that everyone enjoys the dining experience.

“I don’t serve food that I don’t enjoy myself,” says the 38-year-old former advertising executive. “How I present my food is simple, not too manicured or the so-called ‘super plated.’ That’s why when people come here, they easily feel at home. Plus, I make them feel they’re welcome in my garden. I live here. They see me here. They see my dog (a chow chow named Yogi). They pet my dog. They’re so relaxed here.”

She has revised the menu recently, offering a more extensive breakfast feast, while keeping the all-time favorites, such as the Spinach and Artichoke Dip, Tinapa Burrito, Crispy Tawilis, Kofta Balls and Buffalo Wings with blue cheese coleslaw.

“The whole charm of the place is home-cooked meals,” she says. “And we will stick to that.”

She opened Rustic Mornings after leaving the demanding world of advertising more than a decade ago.

She graduated with a degree in Advertising and Public Relations from Assumption College, worked in an ad agency for two years before putting up her own office that ran for five years.

Then she got exhausted.

“You come to a point in your life that you know what you don’t want, but you don’t know what to do after,” she admits. “That was very clear to me. I didn’t want to do advertising anymore.”

She adds: “I prayed hard and asked the Lord to show me what I should do next, because I was really clueless.”

Around that time, her eldest sister, Chiqui—who also loved to cook—migrated to the US, leaving Baluyot all her cookbooks, the stove and the oven. She went through the cookbooks and started cooking and testing the recipes.

Baluyot did not have formal culinary training, but she grew up with a grandmother (Felicitas Dee or Mama Chit) who loved to cook for the family. Mama Chit, says Baluyot, used to run a small coffee shop in Marikina where Henry Sy would visit to eat.

Baluyot lives in a family compound in a 2,000-square-meter lot. Later on, the compound was divided among the family. In one part, she put up Isabelo, a private dining space open only via online reservation, back in 2008.

For some reason, she was confident to open Isabelo even if there was only one table, since she was jobless and didn’t have much money at the time.

She would cook for her guests.

“At the time, I couldn’t even afford waiters,” she recalls. “I would go to the market myself and receive the inquiries. I would open the gate to welcome the guests and I would serve the food myself. I would clean up the tables and would say goodbye to them.”

“I wanted to promote it by not promoting it at all,” she says. “I was going against the normal way of advertising. I created that curiosity. People got curious about Isabelo. In order to dine, you have to reserve online and order in advance. We don’t give the address. We give it to diners only after they’ve paid their meal.”

It took three months just to shovel up the mud. A portion of the wall was knocked down.

After a few months, she reopened Isabelo with better-looking, more welcoming surroundings. From its one-table beginnings, it now has 28—accommodating some 120 diners.

The task of hosting private dinners soon caused fatigue. Baluyot got tired of cooking the same food every night.

One day, she did a market research on how Marikeños eat.

“We have a lot of hole-in-the-wall restaurants in Marikina serving really good goto and tokwa’t baboy,” she says. “When Marikeños are hungry, they eat on the street, but to celebrate, we go out to Makati or Quezon City or Tagaytay. We never celebrate in Marikina.”

She then thought of Rustic Mornings that would serve all-day breakfast treats.

“I said to myself that now is the time to create something different. This was one of the first restaurants to offer all-day breakfast,” she says.

She later scrapped the private dinner of Isabelo and renamed her place Rustic Mornings by Isabelo, serving all-day home-cooked fare.

She now has a regular staff of 30, most of whom also live in Marikina. She foregoes professional cooks, preferring instead women who are good cooks at home.

“It’s also my way of helping my community. They cook from the heart,” she says.