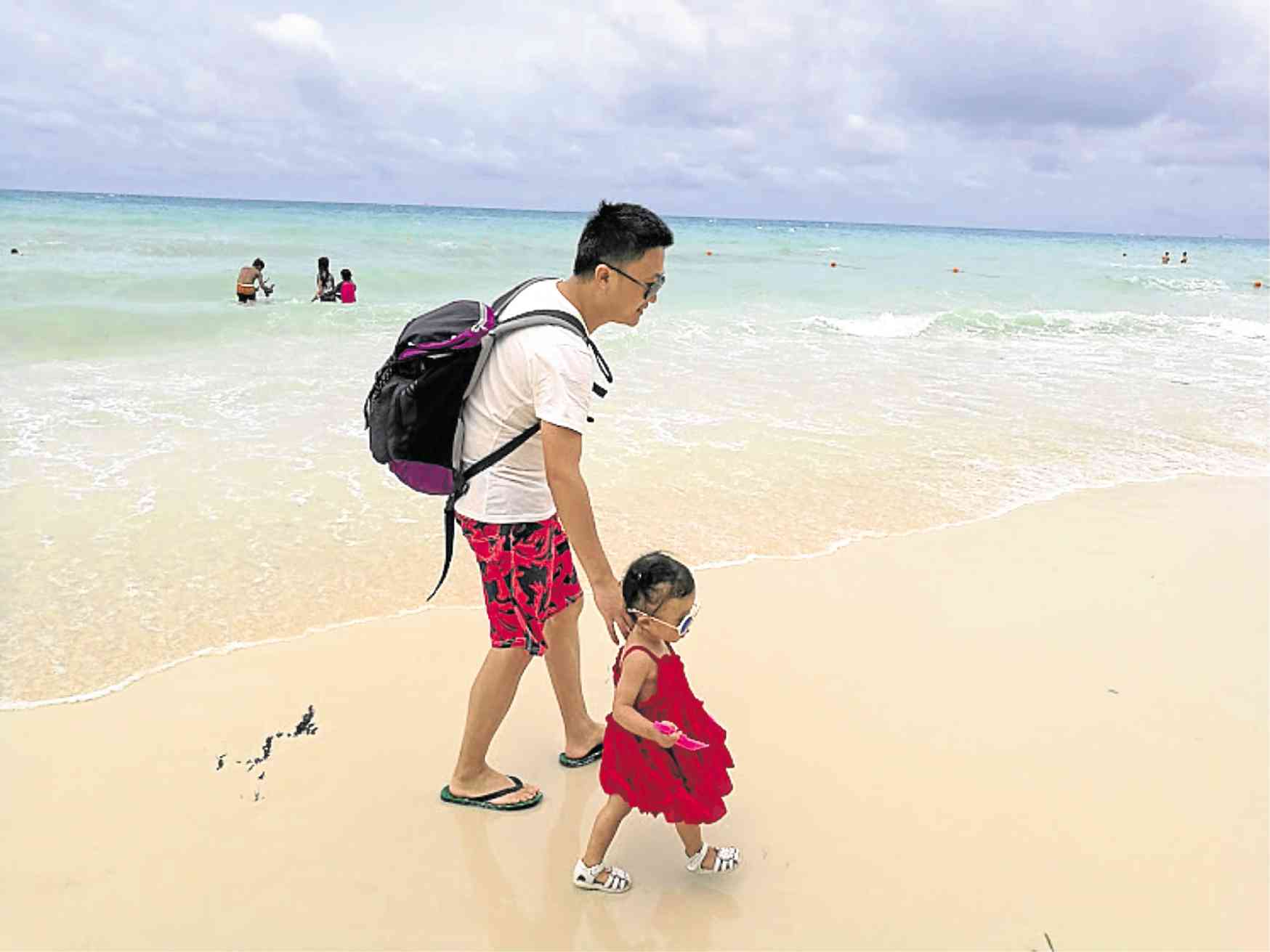 First time I heard about Boracay was back in college at La Salle Taft, around 1984, when Boy Noriega, who was then teaching theater, said: “Maganda, white sand beach, konti lang ang tao, foreigners.”

But I wouldn’t get to visit Boracay until only about 10 years ago, by which time the island resort’s fame had shot sky-high. In the next couple of years, I would see how overcrowded and too commercialized it had become.

Amid threats to shut it down and clean up the mess, here’s how I spent a recent weekend with friends in a boutique hotel at Station 2, later on bumping into Joel Torre who joined us for drinks while watching a live gig in one of the specialty restaurants at Station 1.

The hotel, Coast Boracay—owned by a member of the Tirol clan of Aklan, and managed by the Raintree Hospitality Group—has a cozy feel with only 71 rooms.

Incidentally it has been ranked No. 1 among 154 hotels in Boracay, recently awarded the TripAdvisor 2018 Travelers’ Choice Awards, and voted No. 1 among Top 25 Hotels for Service in the Philippines.

The things I liked about it— aside from its peaceful vibe despite being smack in the middle of busy Station 2—is the fresh seafood, among other tasty fare, in the hotel’s Chacha Cafe; the comfortable bed; and, dig this, Netflix available on demand!

I was told Coast is one of the Boracay establishments that has faithfully complied with environmental rules that have been violated by many others.

Later on my first night, good friend Teddy Montelibano took me to see one of his Boracay buddies, Andre Malarky, a chef who now runs Dos Mestizos, a Spanish-Filipino restaurant at Station 1.

Malarky, nephew of Dos Mestizo cofounder Jose Carlos “Binggoy” Remedios, went abroad for culinary studies before taking over the reins at the restaurant, where he presides to maintain the consistency of the classic tapas, bacalao and salpicao, among other staples.

Dos Mestizos also has a fine wine cellar—of which one of the red varieties our group was enjoying when Joel Torre walked in. The seasoned actor said he was in Boracay to check on one of the branches of his popular JT’s Manukan eatery.

Torre had a blast drinking with his fellow Bacolod townmate Montelibano. We had so much fun, Torre obliged to jam on a few tunes, in between sets by featured performers Mikhail, and Arlene and Jack.