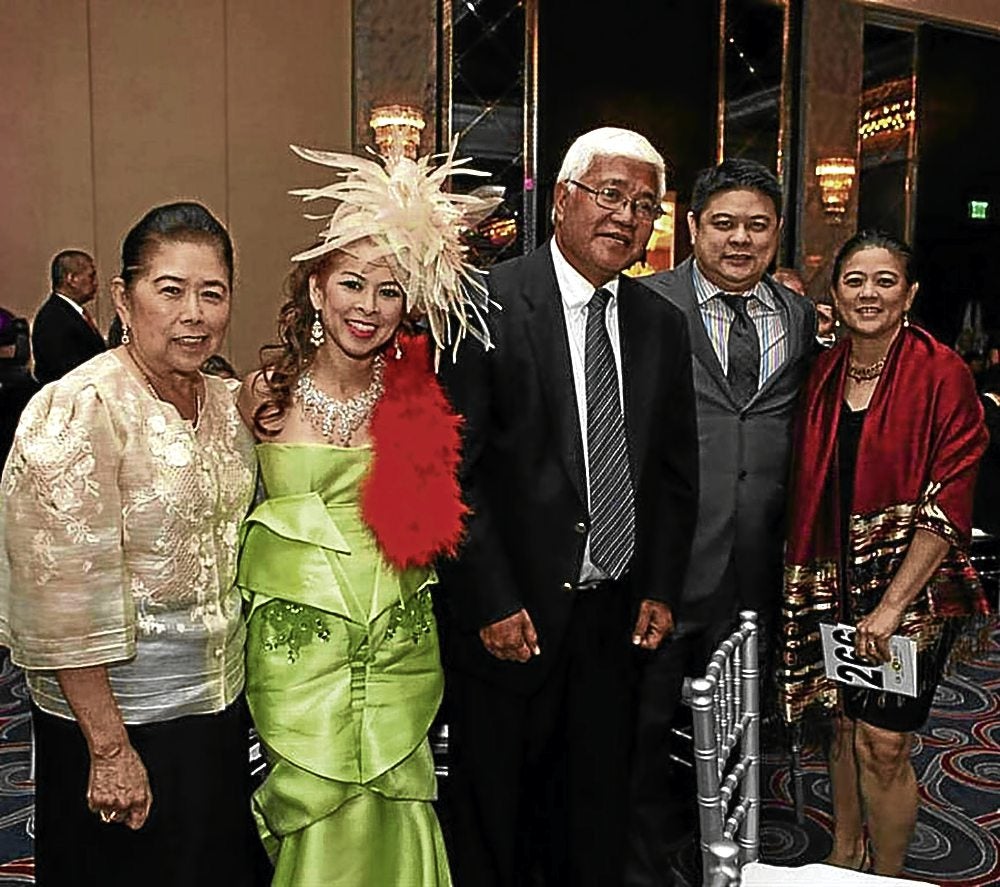 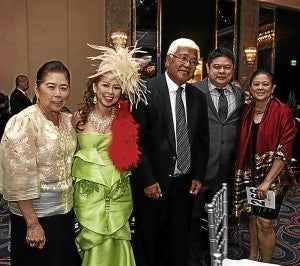 I wouldn’t  want to miss Gawad Kalinga’s Hope Ball so I dashed to the Peninsula Manila. The ball, according to Lifestyle Asia editor in chief Anna Crisostomo Sobrepeña,  dahlings, was “aimed at raising funds to build a community in Sulu.”

Rustan’s and the Peninsula supported the très noble cause in the name of food sufficiency, green technology and renewable energy.

For extras, Ryan Cayabyab Singers had our full attention as well as the quality fashion show of Randy Ortiz’s “Homage Collection.”

An auction followed with the new generation Mercedes-Benz at stake, as well as a chartered flight to any destination in the country aboard North-South Airline’s Dornier 328 aircraft; a luxurious stay in a posh chateau in Bordeaux, France, inclusive of business-class flights from KLM; a two-city Peninsula package (New York and Chicago); a Kawayan bike made in a GK community.

Then there was a silent auction for dazzling bling-blings from Salcedo Auction House superbly led by auctioneer Hamilton Mcleod.

Après boozing with the chilled bubbly and the cool natural Enchantea, we all left with the happy thought that we had helped support the GK community project for Panamao Village, Sulu. 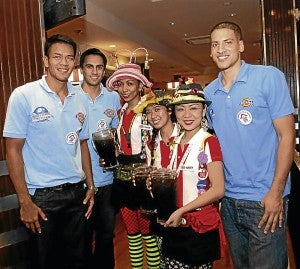 Rustan’s welcomed Natori to Manila with the opening of its first ever boutique outside the United States.

The development was announced during cocktails and the exclusive presentation of Natori’s Fall-Winter 2011 collection at Salon de Ning of the Peninsula.

“Rustan’s mission is to continue to bring home world-class labels to the Filipinos, and with a brand like Natori pioneered by a homegrown talent, this gives us pride to announce its opening” said Rustan’s Commercial Corp. president Zenaida Tantoco. 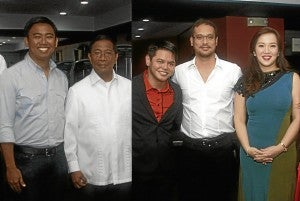 Josie Cruz Natori, founder and CEO of Natori, said she “fused the visual appeals of the East and the West” to create the global brand.

“What I did is listen closely to the music of women as I can,” she said. “I respond to it by instinct. I play by ear. I see by feeling. Both the strength and the vulnerability of Natori draw on the source of my upbringing. East meets West.”

The most gorgeous faces in the entertainment world  flocked to the opening of the Jing Monis Salon at the third floor of the luxurious Bellevue Hotel, dahlings. 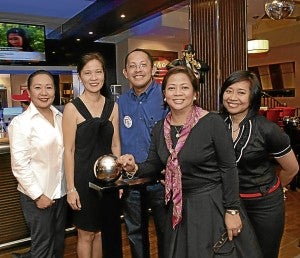 Guests marveled at Jing’s new elegant salon with its über-chic design and sophisticated ambiance, offering the finest in hair and makeup services, palanggas.

Then the guests indulged on Bellevue’s renowned food, its genuinely warm hospitality and excellent service.

Yes! This salon is already a winner, palanggas.

The instance I entered the venue, I knew what was in store for us—good food, great times and good intentions.

This  store is the first in the country to sport Friday’s new global, more contemporary look. Invitees and patrons who bought dinner tickets during the formal opening also supported TEN Moves. 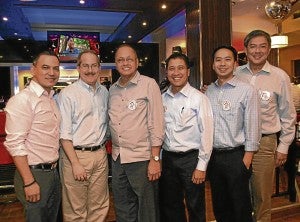 Endorsed by the Department of Education, “it is a nationwide fundraising project that aims to gather two million Filipinos to donate P10 a day for the next 10 months to build 10,000 classrooms in public schools in the country’s 40 most-challenged schools divisions,”  explained Bistro Group president and CEO William Stelton and  Coca-Cola Bottlers  Philippines CEO Bill Schultz.

Students of the Little Red Schoolhouse in Bagong Silangan sang songs while the popular Powerade basketball players acted as, would you believe, “servers” for the night, which blew the socks off the invitees and delighted everyone, palanggas.

Proceeds from the charity dinner will benefit Coca-Cola Foundation’s TEN Moves and its own Little Red Schoolhouse project.

In the column about the FCCP Ball last Dec. 23, the photograph showing “Michel Lhuillier” should have been Ambassador Philip Lhuillier. Our apologies, palanggas.