From ‘sampayan’ to the toast of Manhattan | Lifestyle.INQ ❮ ❯ 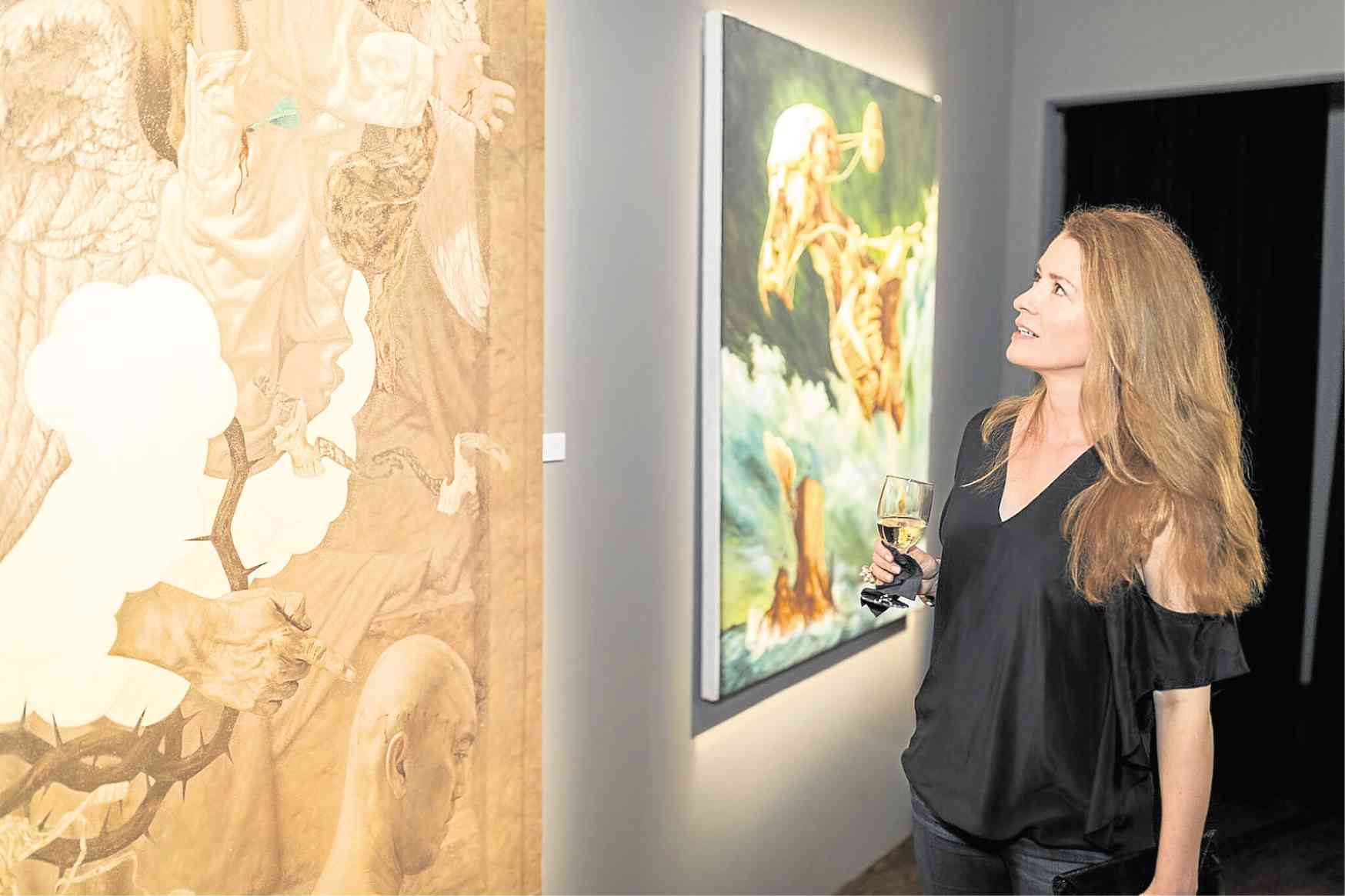 From ‘sampayan’ to the toast of Manhattan

A few years ago, while visiting New York City, eminent neurologist and art patron Dr. Joven Cuanang visited an “Asian art fair,” and was dismayed to find not a single Filipino artist represented.

“I realized that we are not being recognized by other countries,” he says. “Iba ang tingin sa atin ng mundo. But we are not just a nation of OFWs (overseas Filipino workers) and singers—we have an innate artistry.”

Then and there, he hatched the idea of “cultural diplomacy”
—introducing the rest of the world to the vibrant and diverse contemporary art scene in the Philippines.

The formidable Dr. Cuanang is one of those rare individuals who, once he sets his mind to it, can turn vision into reality.

Over a period of three decades, he built the Pinto Art Museum in Antipolo, and the Sitio Remedios heritage village in Currimao, Ilocos Norte, both from scratch, both now thriving and self-sustaining centers for Filipino art and culture.

This he managed to do while keeping a busy neurology practice, teaching in a medical school and, for several years until his retirement just a few years ago, ran St. Luke’s Medical Center as medical director.

But he needed one element to go international—a partner who could take care of things at the other end.

Luckily, the gods of art—or the universe, if you prefer—decided to help him out.

In Boston, Massachusetts, a young Italian Ph.D. candidate at Harvard University was moved by the plight of the victims of Supertyphoon “Yolanda” enough to volunteer his services as a doctor. His neurology professor referred him to a friend and fellow physician in the Philippines.

That was how doctors Luca Parolari and Joven Cuanang met.

A Florentine, Parolari was also deeply interested in art, and after rendering his medical service (in Sagada, since the refugee crisis was winding down in Leyte by that time), was given a crash course in Philippine art and culture and the Filipino way of life in general by his elder colleague, and taken into the convivial bosom of the art community that centers around the Pinto Art Museum.

“There was a convergence of neuroscience and art in our endeavors, and the product was Pinto International, which is now alive and kicking in New York,” says Dr. Cuanang.

Before returning to the United States, Parolari signed on to be the director of Pinto International.

David and Susan Rockefeller and Josie Natori hosted the event with Dr. Cuanang. It attracted the East Coast culturati: the eminent art historian Phyllis Hattis and businesswoman Loida Nicolas-Lewis, as well as Federico de Vera (who curated the show), leading architect and designer Daniel Romualdez and designer Rafe Totengco, who are movers in the New York art scene.

“We had about 600 people who came to the show,” recalls Dr. Cuanang. “We invited a lot of prominent Filipinos in the East Coast so there was pride of place—masarap maging Pinoy!”

Donna Karan was so tickled, he adds, that she offered to give the show an extra day in her very much in-demand art space.

The next stage in Pinto International’s art offensive was to find a permanent spot in New York, which is, after all, the contemporary art capital of the world.

It also created an online art gallery (@pintoart.com) through which Filipino artists can show their works to the world.

“The outlook of the Filipino artist is no longer provincial, it’s global,” says Cuanang.

Thanks to the internet, biennales, art fairs, auctions and the overall globalization of art, contemporary Filipino artists are on the verge of breaking out in a big way on the international stage. All they need is a little push, and Pinto International is more than willing to provide that.

On June 19, Pinto will unleash “Pintokyo,” a pop-up show in an exhibition space in the trendy Shibuya district of Tokyo, in partnership with the Asian Cultural Council. It promises to be bigger than the Manhattan show, with works by 40 contemporary Filipino artists.

This is just the beginning for Pinto International, he adds.

“By October, we are doing another show in Manhattan, this time at the Philippine Center,” he says.

“Some people are asking me, ‘Why don’t you go to London? Paris?’” says Cuanang. “In due time. We plan to go to two new destinations a year.”

Next in line for exhibits are Milan in Italy, and San Sebastian in Spain, two destinations where there are already willing partners to help. Apart from contemporary art, Cuanang is also thinking about presenting traditional Filipino arts, such as bulol carvings from the Cordillera and the traditional Ilocano weaving known as inabel.

Around the time of the Edsa revolution, Cuanang met a group of struggling artists, most of them from the University of the Philippines College of Fine Arts, who had taken refuge near the Hinulugang Taktak waterfalls in Antipolo. Like a modern-day salon des refuses, these young mavericks were unable to get their works shown in the established galleries at the time.

“They were considered unbankable,” he recalls.

Being a passionate art collector, Cuanang took them under his wing, inviting them every Sunday for lunch and a painting session in his Antipolo home with its spacious garden.
To help them sell their works, he held garden parties where the artists hung their works from clotheslines, so that the invited art lovers could view them. Every time it rained, there was a mad scramble by the artists to get their drawings and paintings out of the downpour.

By the advent of the 1990s, those renegade artists had become a coterie calling themselves the Salingpusa group, and where the clothesline once hung a proper art gallery had been built.

It was called Pinto, Filipino for “door,” because as Cuanang later wrote, it was envisioned to be “a door to welcome more artists and art forms, a door for people to open their minds and hearts to the condition we are in, a door top new possibilities, new directions, a door to reach out to the world, a door for everyone to come in!”

The “sampayan art gallery” is now the Pinto Art Museum, a sprawling complex of galleries, gardens, an amphitheater for performances, and a school for the arts called the Pinto Academy.

Apart from showcasing the works of contemporary Filipino artists, Pinto has also become a favorite travel destination for city folk looking to get away from the traffic and the sameness of the malls.

Cuanang’s “if you build it, they will come” philosophy may have sparked a mini-trend, of sorts. Like-minded individuals have recently started private museums in Iloilo, Isabela, Ormoc and Cebu.

When he’s not shuttling between Pinto and Sitio Remedios, attending international art events and supporting local artists, Cuanang still finds time to see patients, and teach classes in medicine. He has the energy of a man half his age.