Why Jason Magbanua is one with locals against Boracay closure | Lifestyle.INQ ❮ ❯ 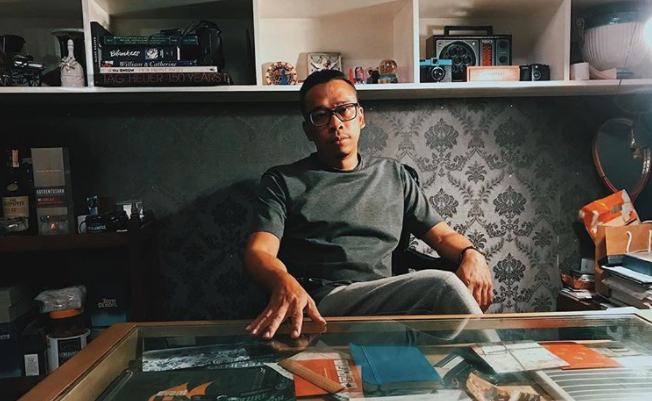 Since transforming the wedding video industry with same-day edits and turning full-day coverages into rewatchable (and tearjerker) short films, Jason Magbanua has become an in-demand and highly regarded videographer.

His name has gotten synonymous with quality, artistic videos, and he has covered countless celebrity weddings, including those of Anne Curtis, Solenn Heussaff, Georgina Wilson, and Vic Sotto to name a few.

But instead of shooting another beach wedding, Jason Magbanua recently visited Boracay to give a voice to the people living in the island.

Magbanua’s short documentary — which compiled interviews of residents who rely on the island for livelihood and are threatened by the island’s shutdown — has gone viral, and now has over 9,000 likes and 8,000 shares since it was uploaded April 4 on Facebook.

He tells INQUIRER.net that the video was done in coordination with Boracay Foundation Inc. (BFI), a non-profit organization which aims to conserve the island’s natural resources by working with various stakeholders. As stated on its website, the group links its members, which consist of tourist businesses and residents, to the local administration, the provincial government and the Department of Tourism. Magbanua said a BFI volunteer named Pia was the one he tapped to “facilitate scheduling interviews with various stakeholders.”

While the video has gone viral and earned praise for exposing the sentiments of locals, there were still comments made by some netizens who oppose his view. About this, Magbanua stands his ground. In the first place, it was a “callous” Facebook post that drove him to defend Boracay.

“The decision to do this was spurred early February when the news of the closure first broke out. I read on an acquaintance’s Facebook wall, ‘Close it. Just close the damn island.’ I felt unnerved by the post’s callousness and ignorance,” he recounts.

“I’ve made many friends who live in Boracay over the years and I felt that they had the weakest voice in this conversation,” Magbanua says. “The loudest ones have LaBoracay (Labor Day weekend) as their only point of connection to the island.”

“Spending time there recently, the general feeling is that of dread. Dread of the closure, dread of uncertainty,” he explains. “Nobody knows what’s going to happen because nobody’s telling them!”

In his video, some stakeholders said they understood the environmental reasons for rehabilitating Boracay but wished they were sought for consultation. There was also a fear of how they would sustain themselves without the tourism industry.

“Talking further with the locals, and I hedge my bet on them, (because they live there for chrissakes!) — I’m with their suggestions — close down the violators, rehab the island in phases, enforce the laws in place,” Magbanua points out.

On his Facebook page, Magbanua has also addressed criticism of the video, such as that of one made by netizen Nicholo Jallores, who in a public post made on April 5 called Magbanua’s video a product of “human conceit and arrogance.” Jallores, Dubai-based per his Facebook profile, wrote that “six months is a MINISCULE (sic) price to pay for decades of reckless, unregulated consumerism.”

“My premise remains, the people are intertwined, bonded with the island. I fail to see why that’s a difficult concept to understand,” Magbanua wrote in response. “I have friends who live there, work there, I have a niece and nephews who study there. All their lives. I empathized with them and acted. It’s that simple.”

After Duterte declared Boracay a “cesspool,” the Department of Environment and Natural Resources (DENR) issued a crackdown on violating establishments last February. Residents came together to insist, “Yes to cleanup. No to closure.”

Boracay is a tourist hotspot; last 2017 it brought in two million visitors and P56 billion in annual revenues, according to the tourism department and industry sources. JB

How was close-Boracay decision made?