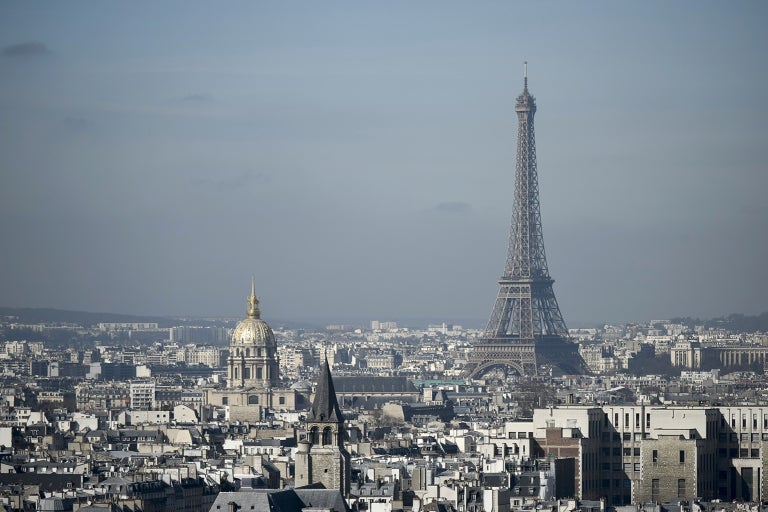 Like the Eiffel Tower in Paris, Brussels’ Atomium was never intended to be a lasting monument in the Belgian capital. And yet, 60 years later, this gigantic structure, evoking the atomic structure of an iron crystal, is still standing. Here’s a look at some of the world’s monuments built for Universal Exhibitions, which are still standing strong today.

Eiffel Tower, Paris, France
The French capital’s Iron Lady, the world’s tallest structure when built in 1889, was never designed to remain standing for more than 20 years which is the duration of the initial contract initial signed by its designer, Gustave Eiffel. However, the Tower proved particularly popular during Paris World Fair of 1889, with almost two million visitors flocking to see it. In a bid to save his tower from demolition, the engineer, who also built the Statue of Liberty in New York, had the idea of installing a radio transmitter on the top of his landmark. This was used to make France’s first wireless radio transmissions between the Eiffel Tower and the Pantheon. This new scientific vocation also saved the Eiffel Tower from destruction.

Atomium, Brussels, Belgium
The monument, designed by André Waterkeyn, has escaped demolition, thanks to a series of reprieves. When the Atomium was built for the Brussels World Fair in 1958, the structure was intended to be dismantled just six months after the event. However, its life was extended by 10 years, then again for another decade. The structure is now safe until at least 2025.

Space Needle, Seattle, Washington, United States
A flying saucer suspended 182 meters above ground, the Space Needle’s iconic design was no coincidence since the Seattle landmark was built for the 1962 World Fair, themed on life in the space age. This observation tower symbolizes humankind’s capacity for innovation and groundbreaking accomplishments. Some 2.65 million people visited the tower during the 1962 expo. The monument is currently undergoing its first major renovation, which includes breathtaking floor-to-ceiling glass viewing experiences. Not for the faint-hearted.

Biosphère, Montreal, Quebec, Canada
This geodesic dome, designed by American architect Buckminster Fuller, is the largest building of its kind in the world. The Biosphère was an iconic symbol of the 1967 World Expo. Its architecture nods to the environmental museum now housed within, striving to improve understanding of major environmental issues such as air, water, biodiversity, climate change, sustainable development and more. However, the Biosphère wasn’t built as a museum. It originally housed the United States pavilion during Montreal’s Expo 67, before being donated to the city.

Magic Fountain of Montjuïc, Barcelona, Spain
With a 50×65-meter pool, a capacity of around 3,000,000 liters, plus 3,620 water jets and 4,780 lights, this work is unquestionably monumental in scale. Originally built in 1929 for the city’s International Exhibition, the fountain has been treating spectators to a grand display of light and water since its restoration in 1976. The fountain’s current form is the result of further renovations made ahead of the 1992 Olympic Games. Some 2.5 million people visit the Magic Fountain each year. A veritable symbol of the city of Barcelona, the fountain only shuts down for about a month and a half each year in winter for maintenance. Significantly, for such a famous monument, all of its shows are free. JB