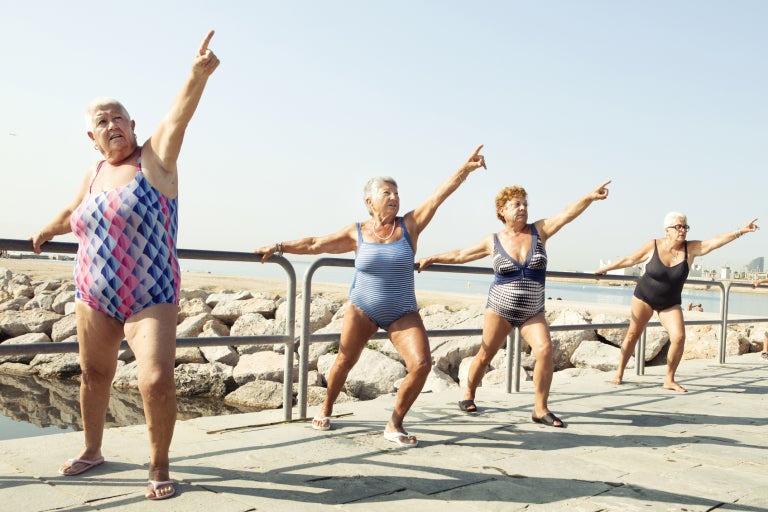 Exercise, not vitamins, urged to prevent falls in senior citizens

Falling is the leading cause of injury-related death among people over age 65, and seniors who want to avoid falls should exercise, not rely on supplements like vitamin D, United States guidelines said on Tuesday.

The new recommendations from the US Preventive Services Task Force (USPSTF) update those last issued in 2012, when the independent medical advisory group was favorable to taking supplements containing vitamin D as a way of preventing fall-related injury.

But unless a person has vitamin D deficiency or a frail bone condition known as osteoporosis, the task force’s latest review of clinical trials on the topic found no benefit for average seniors, and even an increased risk of kidney stones for those who take vitamin D and calcium supplements.

“The USPSTF found adequate evidence that vitamin D supplementation has no benefit in preventing falls in older adults,” said the guidelines published in the Journal of the American Medical Association (JAMA).

Instead, the USPSTF “recommends exercise interventions to prevent falls” in those 65 years or older who are at increased risk of falling. Such exercise may include “supervised individual and group classes and physical therapy,” said the guidelines.

The update was based on a review of 11 randomized, clinical trials involving more than 51,000 people.

“Vitamin D supplementation alone or with calcium was not associated with reduced fracture incidence” among adults without vitamin D deficiency, osteoporosis, or prior fracture, said the report.

According to the most recent data from 2014, nearly 29 percent of US adults 65 years or older reported falling. Nearly 38 percent “needed medical treatment or restricted activity for a day or longer,” said the JAMA report.

An accompanying editorial in JAMA said the new recommendation, with its “increased emphasis on exercise, warrants adoption and should prove helpful, especially because exercise interventions reduce injurious falls.”

Getting more exercise can also improve health by lowering the risk of heart disease, stroke, type 2 Diabetes, dementia, and cancer, it said.

However, for elders “at increased risk for osteoporosis, those with vitamin D deficiency, or both, it remains reasonable to consider vitamin D supplementation (800-1000 IU/d or more), consistent with recommendations of other professional societies such as the US Endocrine Society and National Osteoporosis Foundation,” the editorial said.             /kga