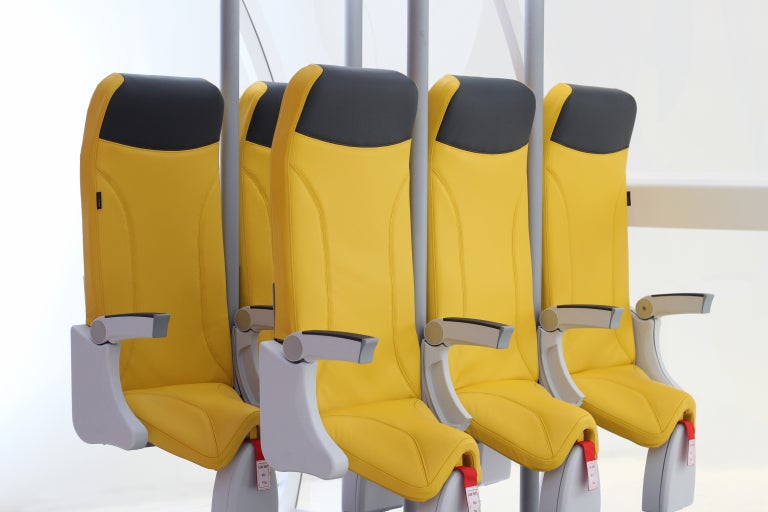 Could stand-up seats be the future of ultra-low cost air travel?

Would you fly standing up? One aircraft seat manufacturer thinks that if the price is right, travelers will be willing to put up with the inconvenience of flying in an upright position.

The idea has been floating around for years now: ss far back as 2010, Italy-based Aviointeriors has been talking about bringing saddle-style seats to commercial flying.

At the Aircraft Interiors Expo in Hamburg, Germany earlier this month, however, sketches were brought to life with the unveiling of prototype banana-style seats, fittingly upholstered in bright yellow.

The main goal of the Skyrider 2.0? To increase the number of passengers by 20 percent in economy class, and increase airline profits.

Skyrider seats weigh half as much as standard economy class seats, which would also reduce fuel consumption, and require less maintenance.

Ultra-high density seating also translates to “a new frontier of low cost tickets” which would open up air travel to those who cannot afford it today, says Aviointeriors.

Back in 2012, Ryanair’s plans to introduce standing-only sections aboard their flights were quashed by regulators. JB