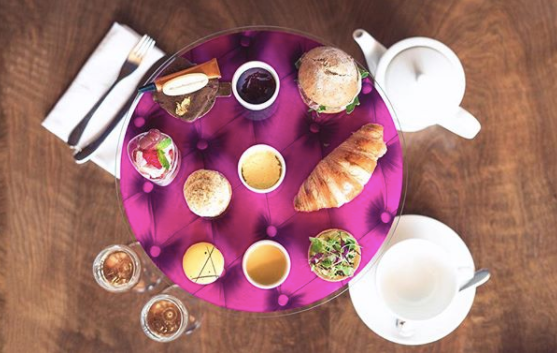 How to have a thoroughly British afternoon tea in the clouds

A British airline is taking the notion of high tea to new heights, with the launch of an afternoon tea service that will be served 38,000 feet in the air.

From a marketing standpoint, it makes perfect sense: high tea served aboard a British carrier, in the clouds.

For the new service, Virgin Atlantic has partnered with master patissier Eric Lanlard, who has created a cream tea service that will be served on day flights in all three cabins, as of late summer.

Flyers will be able to partake in the classic British ritual that will include handmade sandwiches, scones and macarons.

Who’s peckish? We’ve teamed up with the one and only @Eric_Lanlard to deliver a signature afternoon tea in our @heathrow_airport Clubhouse – and onboard across all cabins later this year! 🤤 #VirginAtlantic #LiveFromVirgin #cakeboy #afternoontea #clubhouse #lhr #travel #food #cake

The in-flight service is expected to roll out late summer.

Meanwhile, back on terra firma, flyers can also squeeze in a final high tea at the Virgin Atlantic Heathrow Clubhouse before their flight, which includes smoked salmon, cream cheese and dill mini croissant sandwiches, tarts, brownies and scones with lemon and clotted cream.

Dinner In The Sky: A Moveable Aerial Feast

Anilao: Windsurfing, dolphins, and a 101 on marine conservation