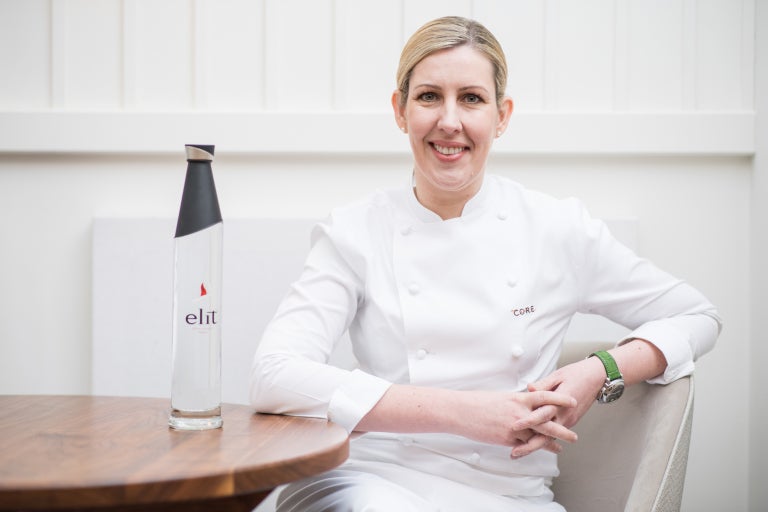 As the first and only female chef in the United Kingdom to have helmed a three Michelin-starred restaurant, it comes as no surprise to learn that chef Clare Smyth has been named the world’s best female chef 2018 by organizers of the World’s 50 Best Restaurants awards.

After earning three Michelin stars as the head chef at Restaurant Gordon Ramsay (formerly known as Royal Hospital Road), and a stint at Alain Ducasse’s Monte Carlo restaurant Le Louis XV, Smyth broke out on her own last year to open Core by Clare Smyth, one of the hottest dining destinations in London.

At Core, Smyth tells an epicurean narrative of her childhood in Northern Ireland, growing up on the coast where her aunt and uncle ran a potato farm. Her signature dish is a humble potato, topped with trout and herring roe, or what she calls “the poor man’s version of potato and caviar.”

The restaurant could also be described as an ode to Britain’s food heritage.

“What ignites my passion as a chef, it’s got to be British produce,” Smyth said in a video for World’s 50 Best Restaurants.

Most of the ingredients used at Core are sourced in Britain.

She will accept her award at the gala World’s 50 Best Restaurants awards in Bilbao, June 19. JB

Dinner In The Sky: A Moveable Aerial Feast